Using Art in Your Games Part 1 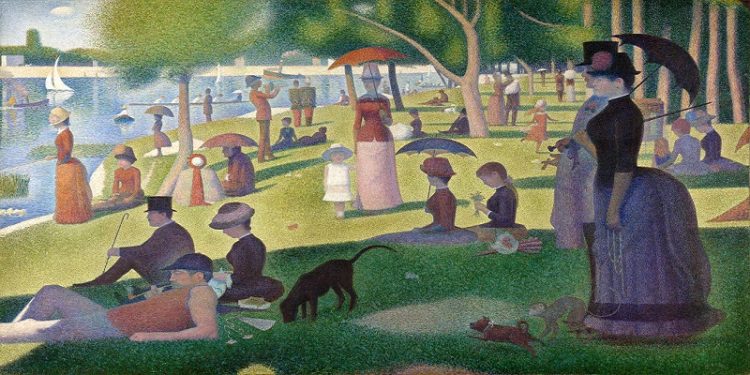 (Author’s Note: I just got a job at the Art Institute of Chicago as a security officer. There’s LOTS there, and starting with this piece, you’ll often find me writing on art, because there is a ton to say on the subject!)

When people say art names like Michelangelo, Donatello, Rafael, Da Vinci, Rodin, Van Gogh, M.C. Escher, Monet, and Picasso come to mind. But these are only the visual arts. There’s also musical maestros of Bach, Beethoven, Brahms, Strauss, and more modern ones of the Beetles, Pink Floyd, Elvis, the Charlie Daniels Band, and the Smashing Pumpkins. Then there’s authors: Shakespeare, and famous philosophers like Plato, and Kant, Nietzsche, and Marx, and more recent authors of Steven King, Danelle Steel, H.P Lovecraft, Margaret Weiss/ Tracy Hickman, among others. If you look at film there’s not only the directors, but the actors, as well as a whole slew of others needed to bring together the final piece. Even video games can be seen as an immersive and interactive work of art. Many artists are well-known nowadays, but sometimes, in their own lifetimes, an artist’s work is not only unrecognized and unappreciated for his or her genius, but also tends to be forgotten, discarded, and abused. That’s why there’s the idea of the “starving artist;” many times an artist’s works aren’t discovered until many years later or after their deaths accidentally in archaeological sites, in abandoned or forgotten places, and after a disaster.

Before we begin we need to have a working definition of what art is.

Art is a diverse range of expression or application of creative skill and imagination from an intelligent mind or mindset, producing works to be appreciated primarily for their beauty or emotional power. Also, the various branches of creative activity, such as painting, music, literature, dance, sculpture, printmaking, photography, and other visual and interactive media. Then there’s the concept of practical art: art with a purpose, which includes such things as furniture, appliances, serving dishes (china, silverware, goblets, etc.), vases, and architecture, as well as textiles like blankets and clothing. [There will be a future article on this topic.]

With this as a base, we can begin to look at how GMs can incorporate art into their game by looking at why artistic intelligence, creativity, imagination, and display are important, as well as who and when the art was done. 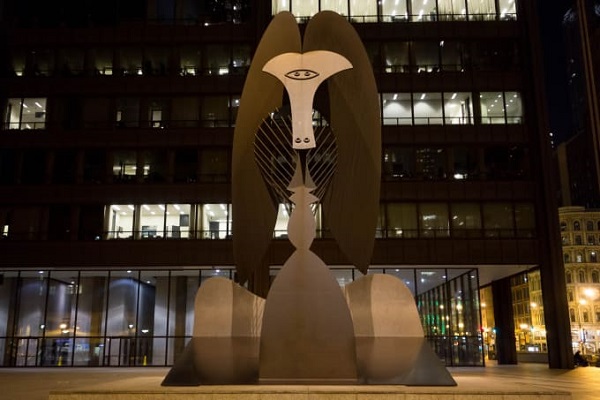 Art needs to have an intelligence behind it, otherwise it’s simply beautiful randomness which may or may not have a purpose. Though even this randomness could be attributed to one or more intelligences, i.e. “God /the gods made this beautiful scene (i.e. nature), therefore we ought to worship him/ her/ it/ them in order to appease this force, so it does not cause misfortune to us.”  This can be a singular intelligence, a collective intelligence such a hivemind or a group of artists, such as a book by multiple authors. This is as opposed to something that runs totally on instinct, such as an individual insect, robot, or mindless undead.

Most definitions of art say “human,” however, because many things one may encounter in a RPG create art and specifically aren’t human – or even at times humanoid, this author chose to go with the concept of intelligence as a marker of what makes art instead; also saying that art can only be done by humans is a limiting concept in real life. This opens animal painting, trained animal performances (think of things like a dog show or the animals performing in a circus), the hivemind of a bee colony, or a termite mound, or sculptures made by aboleths or beholders as art.

Why is Creativity, Imagination Important?

Creativity and imagination is important in art because the point of art is to make people feel something. This is why people travel for many miles – sometimes even internationally to visit art museums, attend concerts, plays, and interactive events such as comic book, anime and “furry” conventions. It’s also the reason people pick up a book and can’t put it down, watch their favorite TV shows or movies, want to listen to their favorite song(s) again and again, and play a game they’ve played a million times before.

Art that doesn’t allow the person experiencing may eventually become meaningless to that person, and if seen a million times may become so commonplace, mundane, trite and not reach the level of art, even though much thought went into its design. Examples of this are furniture, buildings and event venues, and symbols we see daily.

A Word about Display

Artwork is affected by how it’s displayed (or consequently not displayed). A work of art is going to be quite a bit more impressive if in the center of a room or being the focus of a wall or fireplace with a spotlight on it compared to the exact same piece in a closet on the floor, facing the wall. Similarly, a single volume might in a sea of books might not seem all that impressive to an outside observer, but that exact same book would really stand out if it were sitting on a desk with one only 2 others, and likely be important in some way to the owner of the desk. Likewise, a carpet that is in the center of a room with appropriate furniture in a room or on a wall is much more noticeable than the same rug rolled up in a closet. In visual art, part of the display is the interaction between light and shadow.

The concept of “display” doesn’t necessarily need to be limited to visual media either. Maybe something associated with the art could have a unique sound, tactile sensation, smell, or sensation of movement. Consider the following examples: 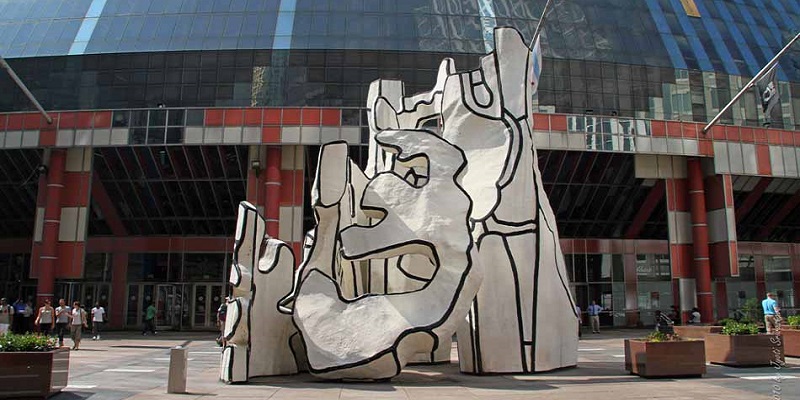 When examining a work of art, who the work of art is by is the most important question. While a work of art by an unknown artist may still look neat, there’s something to be said about having an original Van Gogh vs. “This is an interesting work of art in such and so style, done in approximately XYZ year.” Among other questions that go along with this are: why is this artist important? It could be that the artist is completely blind. It could be that she was the first person who developed this style. She was the mayor during this period. He was a member of the resistance. Collaboratively, they worked on this piece together.

When was this artwork done?

The age of a piece of artwork is important for a variety of reasons. First it will determine what types of materials were available and popular during its creation. If materials are used that were neither, it’s obvious that the artist went out of her way to obtain them, thus likely making the artwork either more valuable. Secondly, it may help determine what condition it’s in, how fragile it is, and how much care will be needed to transport the item. It may also help determine the work’s provenance (the chronology of the ownership, custody or location of a historical object). Thirdly, it may be that the technique to do this type of art was lost in the annuls of time. For instance, a special formula of paint, or a specific method of creating a musical instrument, such as the Stradivarius. Fourthly, if there are time traveling shenanigans going on, the artwork might be an anachronism. Fifthly, it might help determine the condition of the artist, for instance if he was mad or deaf during the time of its creation. Finally, in some cases, it helps to identify that someone was at a significant historical event, such as in the case of Francis Scott Key’s writing of America’s National Anthem.

In conclusion, there are a variety of things that make up art. Due to changing technology, desirability, time experienced, location, and the uniqueness of a work of art is may alter whether the one experiencing it feels anything other than apathy towards it. Art needs to have creative thought and imagination put into it – even if the resulting artwork can’t be duplicated precisely, as any attempt to do so would fail, as in this famous photograph of exploding frozen flowers. Its appearance, impact, and desirability may be affected by the artwork’s display, who the artist is and when it was done in his / her career, as well as the item’s provenance.