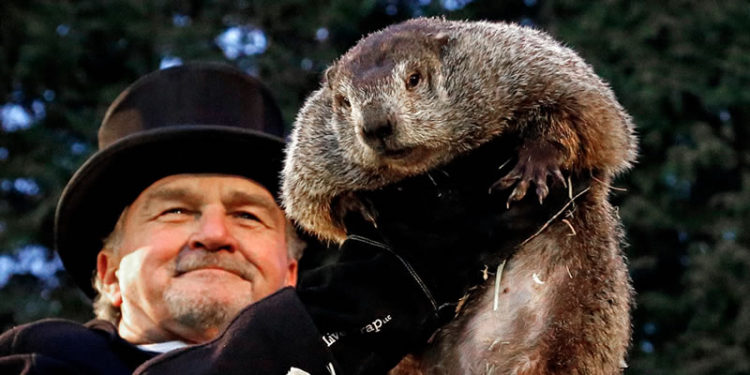 Groundhog Day is a tradition celebrated in the both the United States and Canada on February 2nd. The roots of this day come from a Pennsylvania Dutch superstition that if a groundhog emerges from its burrow and sees a shadow (due to clear weather), it will retreat back underground and winter will last six more weeks, and if it does not (due to cloudiness), spring will arrive early. This type of weather lore originates from the German-speaking areas of Europe that the Pennsylvania Dutch emigrated from, where the badger was the end of winter forecaster. Bears, hedgehogs and other hibernating mammals can be found in other lore… but let’s back to Groundhog Day.

The most famous weather forecasting groundhog is Punxsutawney Phil, who is the focus on the most attended Groundhog Day festival in Punxsutawney, Pennsylvania. Other notable groundhogs include Wiarton Willie (Wiarton, Ontario), Shubenacadie Sam (Nova Scotia), and Staten Island Chuck (Staten Island, New York).

If you want to bring a little Groundhog Day into next session or if you are always on the lookout for ideas for your game, here are 5 ideas for you. Enjoy!

1) Trapped in a Time Loop

The movie Groundhog Day (1993) has helped boost recognition of this annual event. The basic plot of the movie involves an arrogant TV weatherman (played by Bill Murray) sent on assignment to cover the annual Groundhog Day event in Punxsutawney. He finds himself caught in a time loop, waking up each day to repeat Groundhog Day again and again. After indulging in hedonism and committing suicide numerous times, he begins to re-examine his life and priorities. This excellent comedy is known for its take on spiritual enlightenment and with the term “Groundhog Day” often used to explain a situation that repeats again and again. 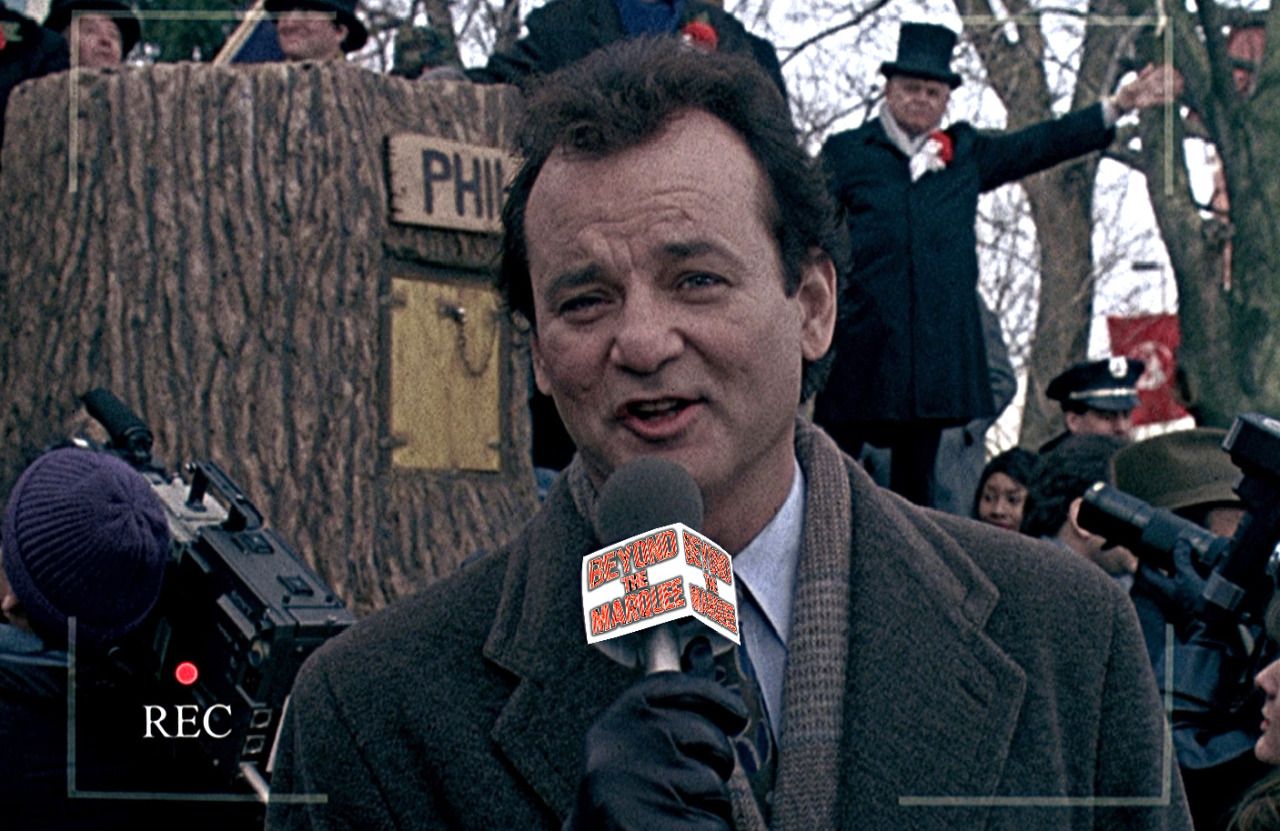 You could challenge your players with a trap or situation where they find themselves in a “Groundhog Day” scenario. Some scenarios that might work for your group include:

GM Tip: Repetition can be frustrating and even worse, boring – so fast forward over over anything the players have figured out to get back any unresolved elements. 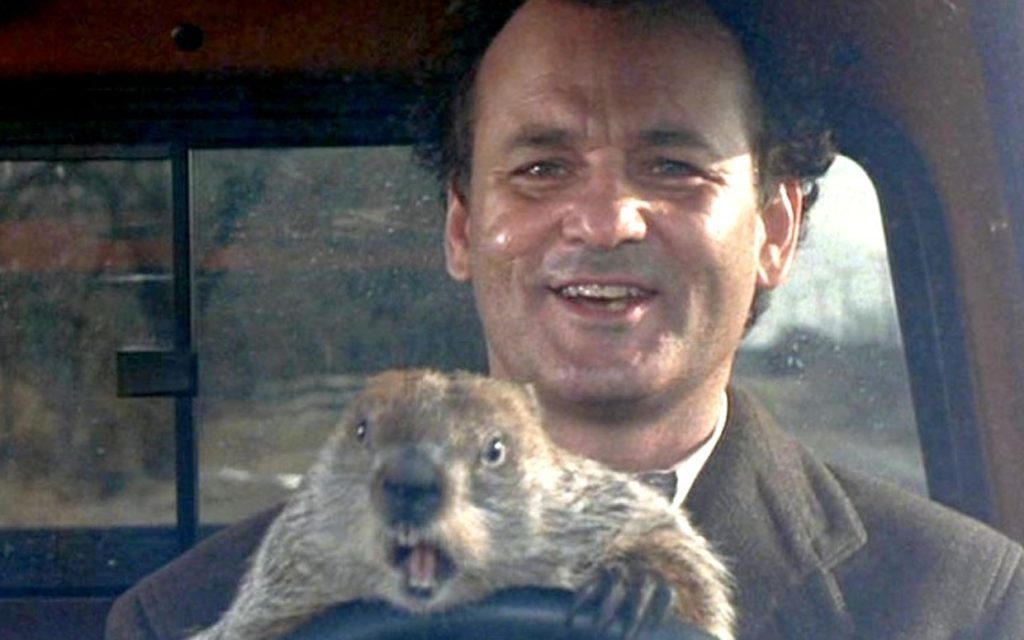 The players stumble into a small village where an old tradition is celebrated midwinter called the Festival of the Groundhog. People dance and sing while holding bright lanterns, to light the way for the villages ancient groundhog to slowly crawl out from his burrow. The tradition has become less and less popular over the years, being dismissed as silly superstition and silly stuff for children.

This year’s festival is lightly attended with no singing and only a few lanterns held by the mayor and a few cold and bored villagers. The groundhog comes out and sees its shadow and scurries back into his burrow. The groundhog is gone, but its shadow remains, grows, ROARS, and attacks!

GM Tip: To raise the stakes and make things even more fun, have villagers consumed by shadow, turn into shadows too.

3) The Case of the Missing Groundhog

Every year in the village of Punxsutown, the Festival of the Groundhog is held to signal the end of winter. This year the groundhog was nowhere to be found. It is now months later and winter still has a strong hold on the village, while the rest of the realm is enjoying the showers and flowers of springtime.

Have the players visit the town that is mysteriously stuck in winter. Perhaps they meet the mayor who offers them a reward to find the cause of their curse? Perhaps their nemesis a powerful wizard is responsible? Can the PCs solve the mystery of the missing groundhog or will the village be left in winter forever?

GM Tip: Make sure that if you run a mystery to provide lots of ways for the players to find each clue and don’t depend on good dice rolls. Bottlenecks can be frustrating and stop an adventure in its tracks. If your players search a room or question a witness, have them automatically find the clue. Reward good rolls with bonus loot, help or information.

In Punxsaville, it is said that once every 1000 years an ancient behemoth from under the village will emerge and consume all in its path. If there is truth in this children’s story, it has been lost to time and is now only a local legend.

The players stumble into the small village and business is usual. They visit a tavern called the Sleeping Behemoth finding out how the tavern got its name or they hear about the legend from a bard. Moments later the earth shakes and the players quickly find out that the entire town is actually built on the back of this sleeping behemoth who is now awake. Do the players simply defeat the creature and destroy the town or can they find a way to put the creature back to sleep for another 1000 years?

GM Tip: Make your behemoth “groundhog” a massive construct and have your players enter a dungeon within it.

5) Hunt for the Gargantuan Groundhog 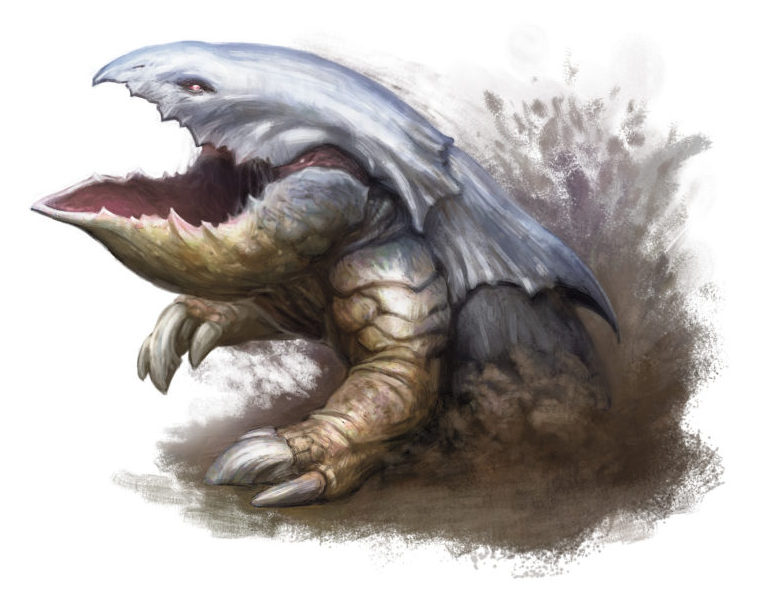 Looking for a simple Groundhog Day themed encounter for your next session? A gargantuan groundhog or other burrowing creature could be threatening Punxsuttonia.

GM Tip: Throw some D&D into your Groundhog Day celebration with a fun visit from a bulette!

Have your own Groundhog Day ideas? Share them below and stay warm, it’s cold out there.