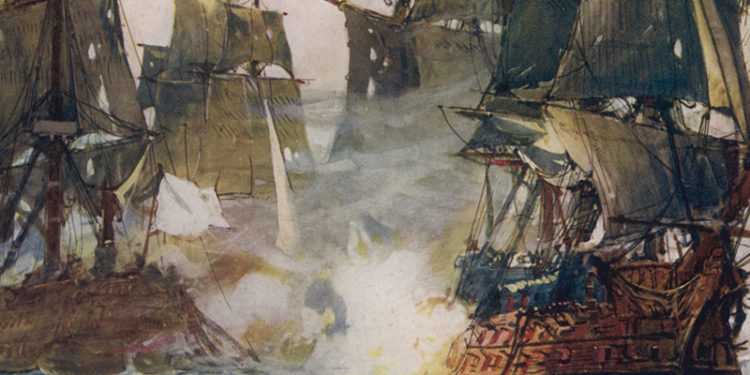 NAVAL COMBAT (5e) – Running Sea Encounters for Ships & Monsters was just released on DriveThruRPG, but all of our patrons who supported our Patreon in February 2018 will be getting a coupon code to grab a copy shortly. We’ll also be providing a copy of ‘Pirate Adventurers‘ to our patrons who didn’t get a copy way back when it was first released back in 2016.

Naval Combat is something I have been working on since I first posted a blog about naval combat back in December 2014. I am pleased that I was finally collect my notes into this 25 page guide. I also wanted to thank fellow Tribality author Brandes Stoddard for all his help as editor and Dave Jumaquio for continuing to raise the bar on design and layout.

Here are some details about this PDF:

I wrote this guide after running a weekly seafaring campaign for 5th edition for over a year. NAVAL ENCOUNTERS provides GMs with rules, ideas, and examples for running combat and other scenarios at sea for your 5th edition game. Whether you are looking for rules to run an encounter between ships, naval combat roles to give to each of your players, or ideas on how to handle a sea monster attack, this guide is the answer.

This guide provides GMs with rules and ideas to run exciting, fast paced naval combat encounters. In this guide you will find:

These materials were designed to be used with 5th edition rules. 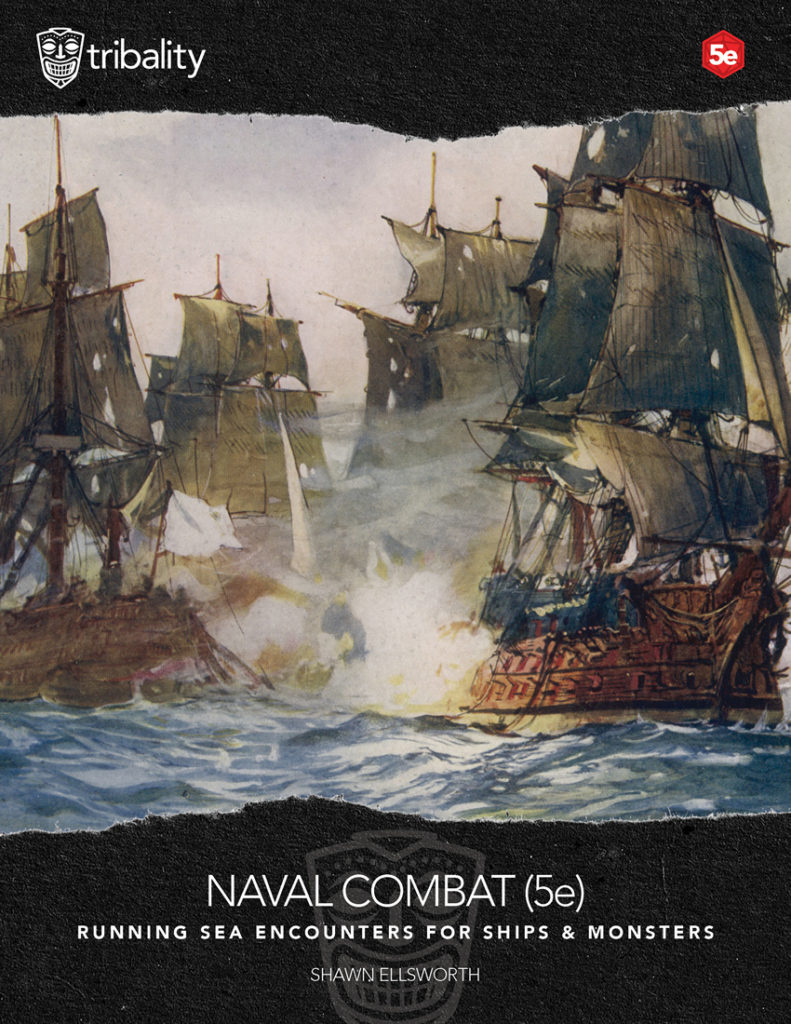 Modern Horror vs Attack of the Clones