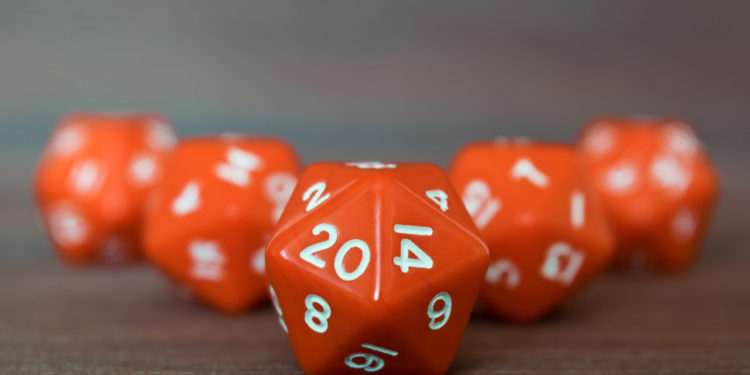 When Eberron was released way back in the D&D 3.5 days, the campaign setting introduced Action Points as a mechanical way to to reflect its swashbuckling action and adventure tone. Action Points allow a player to add a bonus on any d20 roll so that characters can dodge or at least mitigate the effects of bad luck. Eberron’s “Action Points” inspired 4e’s Action Points and the 5e copycat “Hero Points” optional rule presented in chapter 9 of the Dungeon Master’s Guide. We also saw a playtest ready version of Action Points for 5e in Unearthed Arcana : Eberron, which mirror “Hero Points”.

As mentioned above, in my current campaign we’re using Action Points.We’re 13 sessions in, and I am not feeling like this rule is providing the heroic moments I was hoping they would. I really liked the idea of giving the players a resource they could use to prevail over tough challenges. What I have found is that in practice, Action Points aren’t feeling all that heroic, and seem to be a much lower reward for spell casters who require enemies to make saving throws. I decided that I would tweak action points to become Hero and Villain Points, which I outline below.


Here is the original Action Points I was using. Pretty close to what you find in UA Eberron or the DMG’s Hero Points section.

The Eberron campaign setting introduced this concept to reflect characters who are larger-than-life heroes destined for great things. Action points allow a player to add a bonus on any d20 roll so that characters can dodge or at least mitigate the effects of bad luck.

Here are my homebrew rules to replace Action Points that I’ve talking to my players about implementing for this week’s game. Hero and Villain points borrow heavily from Action Points, but add a new twist borrowed from games like FATE Core and Star Wars: Edge of Empire, where spending a hero point puts a villain points in the hands of the Gamemaster.

Hero points allow a player to “take a 20” on any d20 roll or force an enemy to “take a 1”, changing the outcome of a pivotal moment in the game.

From a strategy standpoint, this allows for big heroic final battles at the end of a level where players can spend hero points and not have to worry about them burning them by putting them into the hands of the enemy. That being said, if you have to burn them earlier in the level (to not die), things will get tougher as you face subbosses and BBEGs with villain points. I like the idea of a big play token versus action points which are more numerous, smaller plays meant to reduce the swingy nature of d20 rolls (especially at lower levels).

I’m a little worried about “a spent hero or villain point roll should be considered natural, the same as rolling the result with a die.“, which is an automatic critical in many cases – but would be exciting. It would also provide a 20 on a death save, which brings a PC right back up and fighting again. I may rewrite the rules to make the rolls to be non-natutrals, to allow for a roll of 20 or 1, but avoiding criticals and automatic failures.

This is still a work in progress, let us know what you think in the comments below.

Unearthed Arcana: Into the Wild Breakdown