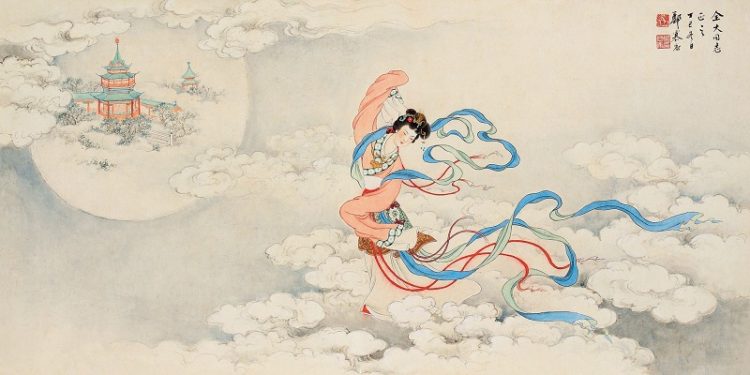 I’ve read a lot Neil Gaiman over the years. While I like several of his works a great deal, it’s easy for me to pick my favorite – Anansi Boys. Not only do I love the style and subject, it tells a type of story I simply adore. I’ve been hooked on these tales of dualism – both moral and spiritual – since I was a little kid. Ditheism featured prominently in the live-action game I co-piloted with the estimable Brandes Stoddard, but I’ve always had a soft spot for bitheism. When I first started thinking of this Zodiac setting we have been discussing over the last few weeks, I immediately knew the dynamic and role of gods within it. Let’s jump right into a look at bitheism, clerics, and the Service Domain.

Previous Discussions: The Zodiac and the Celestial Sorcerer | Aberrations and the Circle of the Zodiac Druids | Dendar the Night Serpent and the Path of Nightmares Barbarians | Living Stars, Blazozoids, and Zodiac Patron Warlocks | Singing Stars, Erinyes, and the Bardic College of Kindly Song

Bitheism and ditheism are related – but very different – concepts. To understand either, we need to spend a small bit of time discussing the wider concept of dualism. Dualism is the belief in two concepts that often oppose each other. Moral dualism is independent from a standpoint of “what is moral,” and just refers to the fact there are two opposing positions. There are any number of modern social topics that illustrate this concept – casually scroll through any social media and you will see what I mean. Moral dualism doesn’t require polytheism, and is prevalent in many monist and monotheistic belief systems – Zoroastrianism and Catharism, for example. This can be seen in such areas as God and creation, free will and divine influence, and the concepts of material evil and spiritual good.

Ditheism is the belief in two deific beings of equal power that are in conflict and opposition to each other. Again, this doesn’t absolutely have to exist within a purely dualistic belief structure of only two gods. Set and Osiris is an example of ditheism within polytheism. Ditheism in D&D is present in most pantheons, but exist throughout the game in additional areas. The Fey Courts represent both moral dualism and ditheism. Well, I might be taking some liberties with the “theism” part, but D&D cosmology with god-like – yet not deific – beings lends itself to this. I’m not a theologist. I’m sure you understand.

Bitheism is the belief in two equal, complementary deities. These deities explicitly exist in harmony with each other. In many cases, these are male and female pairings, but is not exclusively true. Wicca has the Moon Goddess and the Horned King, Chinese mythology has Chang’e and Houyi, and it’s possible to interpret Artemis and Apollo as such. Bitheism has fewer readily available examples, but it’s no less interesting for its relative scarcity. That isn’t to say there aren’t more examples. It’s just to once again stress I am not a theologist. Your knowledge may vary.

Gods in a World of Stars

The siblings chose a world far removed from others. A place they could cultivate and love without the influence of others who would inevitably follow if they hewed close to where they rose to prominence. Their search brought them to the edge of everything. It brought them to a place where madness lurked just beyond their sight. The gods had fled from there long ago, leaving nothing behind. Though fraught with peril, the siblings decided it was worth the risk to have the opportunity to build and create with the love and care they desired. When the arrived, they found the stars waiting for them. Those who remained behind to stand as the first line of defense against the spreading insane terror of the Far Realm.

The Zodiac were surprised to see the siblings, as they thought gods had left, never to return. The siblings spoke to the Zodiac and told them their desires for the yet-unshaped world. Despite their optimism, the siblings knew they would need assistance in fending off the Far Realm – attempting to do so alone would come at the expense of their work on the world. Impressed by the courage of the Zodiac, the siblings offered to ensure the people of the world knew of the Zodiac, venerating them in story and song. Mortals could enter the service of the Zodiac without fear of reprisal from the gods. The Zodiac would be as saints to mortals, in exchange for continuing their vigil. The siblings would create servants for them, and ensure the Zodiac was cared for as if they were part of the created world.

As you would expect, these siblings are bitheistic deities. I imagine them as brother and sister, but gender is not the most important trait they possess. Instead, it is their desire to create and their care for the living that should remain in the forefront. Clerics of the faith worship both of the siblings, though they might lean one way or the other to a small degree. These clerics are the civil servants of the world. They perform the everyday tasks that others find disagreeable, and work to make the world a safer and more comfortable place for those that inhabit it. They are also the spiritual leaders of men, accompanying soldiers and explorers as they face dangers within the world that remain from a time before the siblings arrived.

The siblings themselves exist in harmony working together to create and guide the world. The siblings have known many names through the years – accepting each new appellation as a treasured gift. In the Czolian Empire, they are known as Rjochter and Ahnden. The western nomads call them the Sphinx and the Naga. At the Colleges of Kindly Song, they refer to them as the Playwright and the Director.  No matter the name, they are represented the same way – one sibling plans and designs, the other shapes and creates. One is the moon and sea, the other the sun and the mountains. Each is stronger for the other. Their clerics tend to reflect this.

The Service domain focuses on the invisible ties that bind societies together. The gods of service extol the virtues of teamwork, duty to your fellow man, and others before self. Clerics of these gods are the bureaucrats and caretakers of the world. They attempt to make the lives of others easier and more fulfilling, often at great personal cost. Torm, St. Cuthbert, Majere, Hestia, and Heimdall are among the many gods who can claim influence over this domain, and it is often favored by gods who also claim power over cities.

You gain domain spells at the cleric levels listed in the Service Domain Spells table.

Beginning when you select this domain at 1st level, your allies gain additional benefit from your strength of mind. Whenever you cast a spell of 1st level or higher that requires concentration you may choose a creature other than you affected by this spell to gain temporary hit points equal to 2 + the level of the spell slot expended. That creature gains these temporary hit points again at the beginning of your turn, as long as you maintain concentration on this spell.

When you choose this domain at 1st level, you gain the blade ward cantrip.

Starting at 2nd level, you can use your Channel Divinity to make the lives of your allies easier during the trying times of battle by providing them an equal measure of strength and stamina.

As an action, present your holy symbol and choose a creature within 30 feet of you that you can see and that can see you. The next time that creature hits with an attack within 1 minute, it deals an additional 1d10 + your cleric level radiant damage, and recovers an amount of hit points equal to the additional damage dealt by the attack.

Beginning at 6th level, your blade ward cantrip is now castable on any friendly creature you can see and than can see you within 30 feet. Additionally, creatures under the effect of your blade ward may reroll the damage of one successful attack they make, choosing either roll as they wish.

Starting at 8th level, you add your Wisdom modifier to damage you deal with any cleric cantrip.

At 17th level, you have learned to bond your soul with another. As a bonus action, you may choose a friendly creature within 30 feet of you that you can see and that can see you to bond with. Before the end of your turn, any spell you cast on yourself that only targets you is also cast on the bonded creature at the same time and without expending any additional spell slots, should the spell require a spell slot.

You can use this feature a number of times equal to your Wisdom modifier (a minimum of once). You regain all expended uses when you finish a long rest.