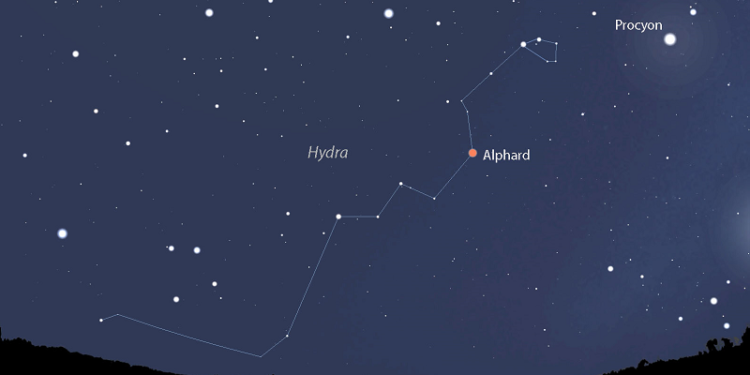 Say what you want about 4th edition, but I ain’t mad at it. Besides being the best first level gameplay of any edition (this is my hill, and I will die on it,) 4e also does a great job of taking existing Far Realm lore and integrating it into 4e’s core settings. One of the key pieces of this is the aptly named Star Pact Warlock. As the a-bit-too-on-the-nose name suggests, these warlocks pledge the service to sentient stars – in exchange for their cosmic power, of course. Attempting to discern the nature of the stars is a huge part of the built-in class story for these warlocks. As it so happens, this aligns nicely with our ongoing Zodiac-centered design work. With this in mind let’s take a look at living stars, blazozoids, and Zodiac Patron warlocks.

Previous Discussions: The Zodiac and the Celestial Sorcerer | Aberrations and the Circle of the Zodiac Druids | Dendar the Night Serpent and the Path of Nightmares Barbarians

It probably comes as no surprise I am a Spelljammer enthusiast. While it isn’t my first love when it comes to gonzo settings, it’s a solid contender for second or third – with Red Steel and Ravenloft gumming up the overall rankings below Planescape. From the beholders waging genetic wars to the rainbow ocean of phlogiston, Spelljammer is a veritable cornucopia of raditude. One of my favorite rad things in the entre setting is a living star known as “I.” Sure, it’s full of itself, but that doesn’t make it any less cool.

Outside of having an atrocious name to discuss using the written word, I, the living star is a fascinating concept. I is a hyper-intelligent massive star, comprised of living energy. I wants nothing more than to find the existence of other intelligent life. The living star believes it is completely alone, and creates servants from pieces of itself to search for similar beings. What about all those player-races and monster floating around in space and occupying a plethora of worlds, you ask? Material beings are not considered intelligent – or even alive, for that matter.

These servants – called blazozoids – are essentially intelligent comets created by I to roam through space to discover other living stars. Blazozoids are quite intelligent, but they are not autonomously intelligent. That is, they may only ever think exactly what I creates them to think at the moment of their creation. In general, this imprint involves the necessary functions to navigate the crystal spheres of the Spelljammer setting and search for intelligent life.

When players encounter blazozoids, there are really three possible things the blazozoid might want: food, transport, or nothing at all. In the case of food, the players are likely to have to fight the blazozoid. Blazozoids turn matter into energy, meaning the blazozoid will attempt to eat players and their ships if they run low on energy. If this isn’t the case, the blazozoid might be investigating a given crystal sphere, and isn’t interested in the players at all. Once a blazozoid is done inspecting a sphere, they need assistance in making it to the next crystal sphere. This is where transport comes in. Blazozoids create massive explosions and die if the interact with phlogiston, so most avoid it whenever they have the opportunity to do so. This usually means hitching a ride on a spelljammer to the next sphere.

Now, this was all true back in 2nd edition. 4e takes the narrative of living stars, such as I, and suggests that many of these living stars have fallen under the influence of the Far Realm, warping into horrific monstrosities. Many, but not all. Discerning which stars are simply stars, which are living, but mostly benign, and which are monsters from beyond your most disturbing nightmares is the tension implicit in the Star Pact. The Great Old One patron doesn’t carry this same dynamic. The Player’s Handbook is clear Far Realm entities fall under this category. According to the Wish Upon a Star PDF put out by WotC as part of 4e, this includes Star Pact entities such as Acamar, Gibbeth, Hadar, Nihal, and Zhudun.

Fortunately for us, it leaves plenty of space to look at what a pact with benign or even benevolent celestial entities might look like. Luckily, this is exactly what the Zodiac would be in the setting we have been discussing. Unlike their cold, alien brethren, the members of the Zodiac believe they have direct influence over the lives of mortals that gaze upon their sign, and provide glimpses of the future to those willing to unlock the secrets in the stars.

Your patron is one of the prominent constellations in the night sky. You have bound yourself to such the beings as Nadya Vamse the Red Knight, Pravos the Jade General, Zaguben the Wandering Scholar, and Auris the Binder. Your pact allows you insight into the future as seen through these signs, and to shape this future to your advantage.

Being connected to a specific Zodiac sign can elicit changes in your personality and beliefs. Those bound to the Red Knight may find themselves caring for those in need of assistance and more stringently following the rules. Those serving the Wandering Scholar, on the other hand, may find themselves drawn towards secrets and puzzles, often seeming mad to those untouched by Zaguben. However, all share not only the burden of insight provided to them by their patrons,  but a kinship with serpents – said to be physical conduits for will the Zodiac.

The Zodiac lets you choose from an expanded list of spells when you learn a warlock spell. The following spells are added to the warlock spell list for you.

* – these spells are answered by your patron

At 1st level, you have become adept at using cards to interpret the future. You gain proficiency with gaming set (playing cards). Tarot and tarokka cards are classified as playing cards, for this tool proficiency.

Additionally, you learn the guidance cantrip, but must perform a card reading as part of the action used to cast the spell.

Starting at 1st level, you gain a strange kinship with serpents. You are able to comprehend and verbally communicate with serpents – such as snakes, hydra, sea serpents, and naga – regardless of what language they would normally speak. You have advantage on Charisma and Wisdom ability checks when interacting with serpents. The DM has the final say in what is and is not considered a serpent.

Further, whenever you are targeted with an attack, you may spend your reaction to increase your AC by your Charisma modifier until the start of your next turn. A creature who makes an attack against you during this time – including the triggering attack – must succeed on a Constitution saving throw against your spell DC or become poisoned. Poisoned creatures may make a new saving throw against this condition at the end of their turn. Once you have used this portion of the feature, you may not do so again until finish a short or long rest.

Starting at 10th level, you begin to experience fragmented visions of the future. Whenever you complete a short or long rest, you and up to five creatures you can see at the end of the rest are granted a d6. Creatures may expend this d6 to roll it and add the result to one attack roll, saving throw, or ability check they make, or subtract the result from any one of those rolls made by a creature they can see. This expenditure can be made after the d20 has been rolled, but the creature must decide before the DM says whether the roll succeeds or fails. Only one die may be expended for a roll at a time. This granted die lasts until the recipient expends it, or completes a short or long rest.

If you choose to become poisoned after completing your rest, any creature you grant a d6 also gains inspiration. You are poisoned for one hour, or until cured.

Additionally, you have resistance to poison damage, and advantage on saving throws against the poisoned condition.

At 14th level, you have become a conduit for a cosmic serpent – a servant of the Zodiac. When you cast a spell that deals poison damage, you can add your Charisma modifier to one poison damage roll of that spell against one of its targets.

Allies within 30 feet of you add your Charisma modifier to their attack rolls, saving throws, and may spend their reaction to reroll an attack roll, damage roll, or saving throw they make.

This manifestation lasts 1 minute. Once you use this portion of the feature, you can’t use it again until you finish a long rest.