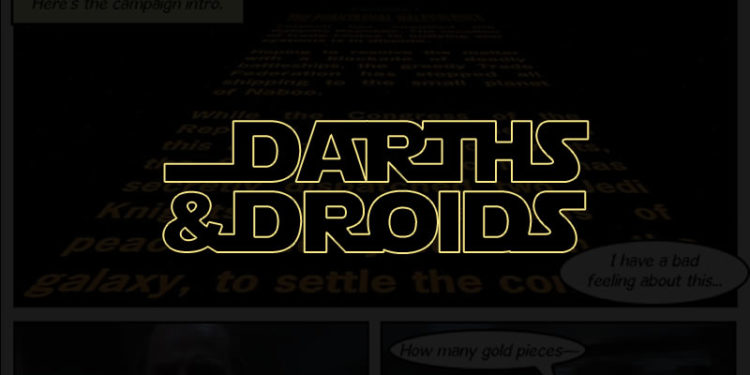 What if the Star Wars saga as we know it never existed and was just a story being made up by players of a sci-fi tabletop RPG? Well, if this was the case, then I guess the resulting story might actually make a lot more sense (especially the prequels).

Darths & Droids is a webcomic created by The Comic Irregulars (David Morgan-Mar and seven of his friends from work) who create it during their lunch breaks. This webcomic followed in the footsteps of Shamus Young’s DM of the Rings, which employed the same premise for The Lord of the Rings movies. 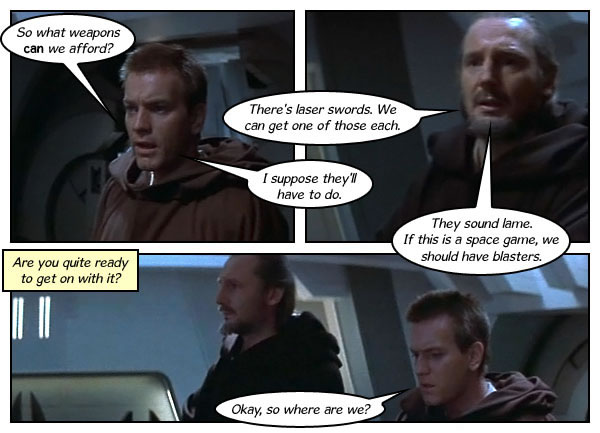 Darths & Droids uses screencaps from the films rather than illustrations. The dialog and sound effects are added on top in the form of the conversations between the Gamemaster (GM) and the Player Characters (PCs), both in and out of character. The imaginary table where Darths & Droids is being played features a tolerant GM who allows his players go off the rails. The GM has to wildly improvise to keep up with his players, which ends up providing reasons and explanations for the many issues fans have with the films. While the screencaps match up to the movies out of necessity, the story that unfolds is both familiar and wildly different. The dialog is full of gags, jokes and meta talk. It really feels like you are reading a game unfolding around the table with a group of friends. 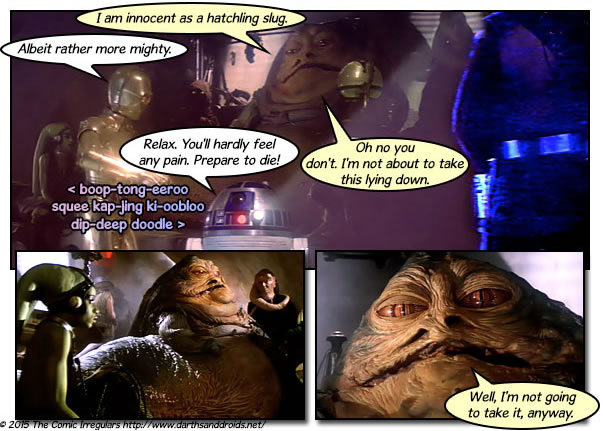 Darths & Droids has been running since 2009, has already run through episodes I to VI, and is currently halfway through Rogue One. It’s been hugely popular and translated into many languages ranging from German to Pirate.