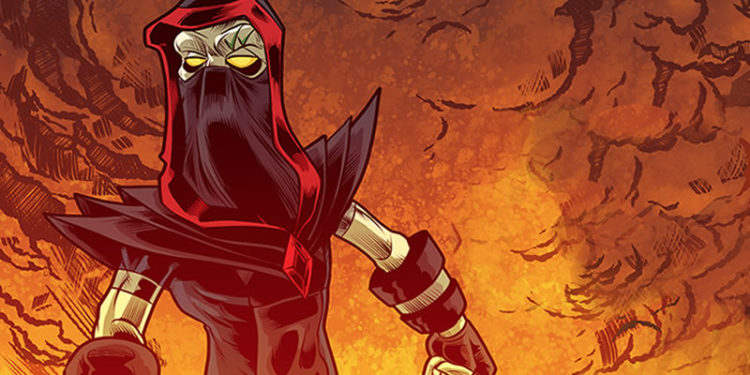 Comic Corner looks at a different tabletop RPG inspired webcomic each week. This week’s featured webcomic is Looking for Group.

Looking for Group is a Canadian webcomic written by Ryan Sohmer and drawn by Lar DeSouza. Since 2006, this award winning fantasy-themed comic has followed the adventures of Richard (an undead warlock), Cale’Anon (an elven hunter), as well as their companions they meet along the way. The comic began as a parody of the World of Warcraft video game, but draws from many fantasy sources for its themes, poking fun at anything from Lord of the Rings to thinly veiled pop culture references. The comic balances humor and gags with following the progress of the characters on an adventure.

The webcomic has gained a large fan-base over the years and related products have been released including figurines, a video game, a board game and even a movie which has been stuck in development since 2007.
There are also two spin-off comics:

The comic is currently updated twice a week, on Mondays and Thursdays. Visit LFG’s website to check it out.