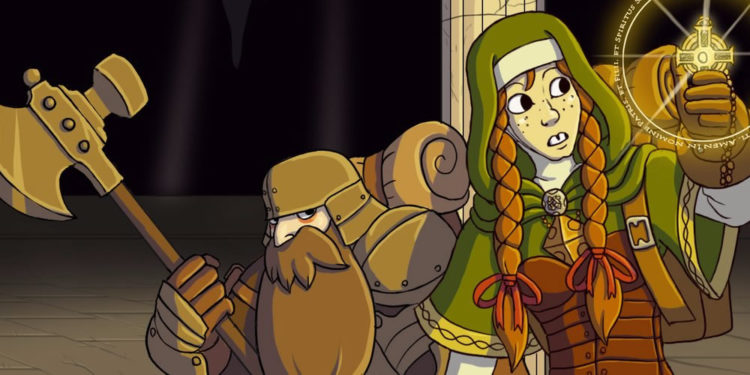 For the next month of so, I am going to look at a different tabletop RPG inspired comic each week. This week’s featured comic on Comic Corner is Marblegate!

Marblegate is a webcomic by Brett Neufeld “inspired by roleplaying games, rougelikes, and western fantasy stories” that has been running since June 2016. I’m a big fan of this comic and eagerly read each new panel of the adventures of Colleen the priestess and Randulf the warrior. The focus of this comic is on crawling a mega-dungeon and reading it will provide you with lots of ideas for monsters, traps and puzzles to fill your own dungeons with. 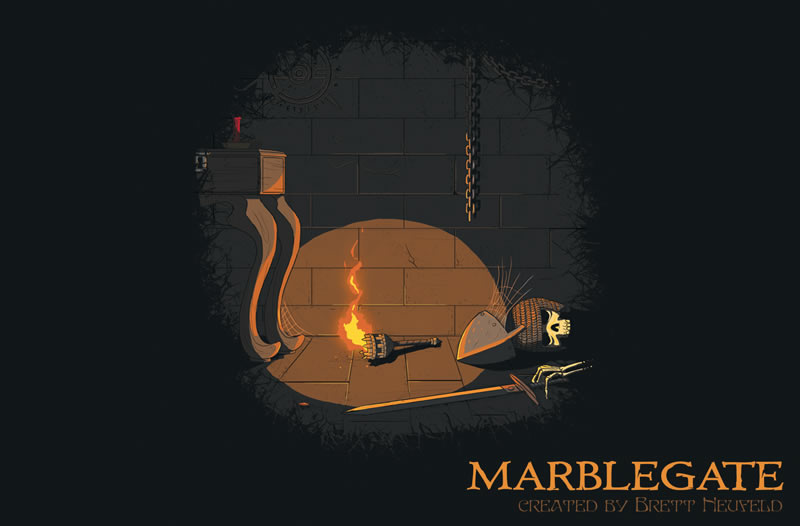 Marblegate is the story of a self-creating, magical and living mega-dungeon that has existed since ancient times. Filled to the brim with secrets, wonders, and danger, the Marblegate dungeon has challenged many heroes who’ve sought to brave this infinite and unnavigable labyrinth of monsters and peril. Some seek the fortune, glory, and adventure that the dungeon promises. Others delve into the deep for more personal reasons, such as training or tradition or even merely scholarly interest. Regardless of their reasons, they stand unified in their singular purpose; dungeoneering.

I’d love to see Brett being able to produce more panels each month and thought I would help get the word out that he could use some support getting to his goal of creating Marblegate fulltime. Check out the webcomic and support this creator on his Patreon. If he gets to ten million dollars a month, he’ll “create a real-life Marblegate, complete with magic, monsters, and a town full of people around it” for his patrons.

Watch this beautiful animation promoting the comic below!

Let me know in the comments below what webcomic I should feature next. I’m trying to focus on awesome up and coming comics like this one, but I’ll take anything you love and want to share.