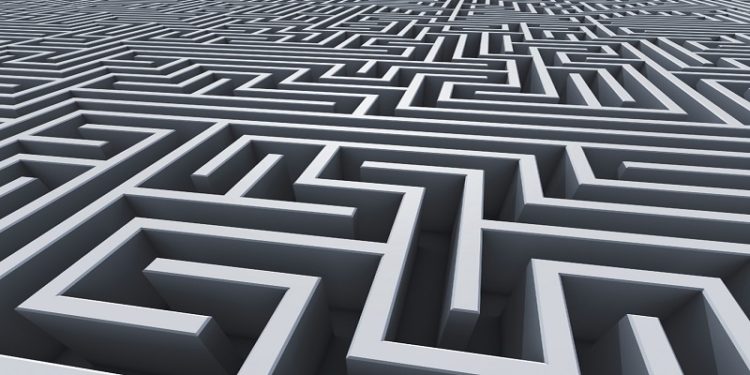 Fully immersing himself in the Maze, he enters a what would appear to others at first glance as a featureless, pitch black dimension. But Minotaurs know the rules of this place, that it’s a constantly changing, constantly morphing place that adapts and warps according to the will and wishes of those who tap into its power, to those who fully immerse themselves in it. Landing on a platform he willed into existence, envisioning his destination, he sets off making a series of circuitous turns, taking unseen stairs, taking pathways that change gravity at a whim.

Upon arrival to his destination he exits the Maze in front of his enemy who was startled that the minotaur was able to catch up to him so quickly.

The Maze is a dimension unique to Minotaurs, which affords them several unique advantages in battle. Typically, Minotaurs are able use the Maze to find their way around winding corridors without getting lost. This ability is gained by the merest touch of the Maze. Once they have scent of their enemies, they are implacable foes, unable to be deterred from the hunt by any means. Trapping a minotaur who has full access to the Maze behind a collapsed wall or under rubble is an ineffective method of containing them unless one first is able to put a D-lock collar them (dimensional lock collar), dimensional shackles, or cast “dimensional anchor” on them.

Even if teleported against their will miles away, they instantly know where they are within moments of them rematerializing. With their access the Maze, they to reappear mere moments after they left.

That means that they are experts at finding criminals; in fact, some kingdoms have started using Minotaurs as a majority of their law enforcement.

Some Minotaurs have further refined their connection to the Maze to create portals large enough to stick a limb through. This is helpful in a variety of ways. For instance, they might create a single portal to stick their head to see what’s on the other side of a door or one just large enough to look through. They could then create a pair of portals, on either side of a guard’s head who happens to smash it into the wall to be able to knock him out.

For as beneficial as the Maze is, it does have its drawbacks. All other Minotaurs know when it is fully accessed, from where, and by whom. This can make doing misdeeds especially problematic, as any number of Minotaurs may turn over their brethren to avoid problems for themselves. Because it is a parallel plane, magic users sensitive to dimensional magic can sense when a minotaur is using it near them, and thus may be able to predict where it will exit from the Maze. 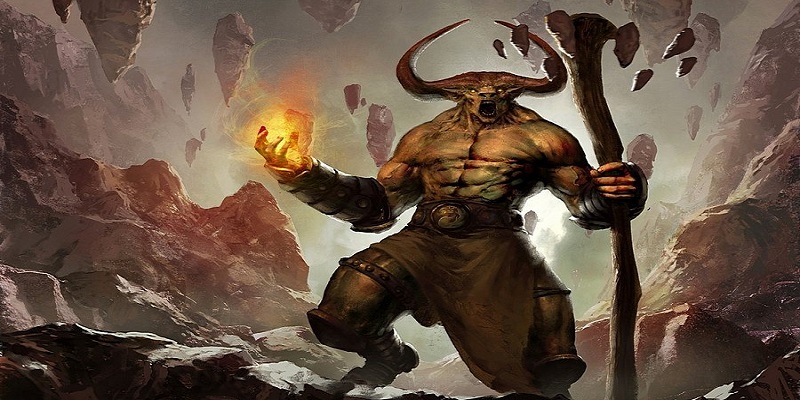 As you can see, the Maze is something that can bring interest to your game. Please feel free to comment, like, and reshare!