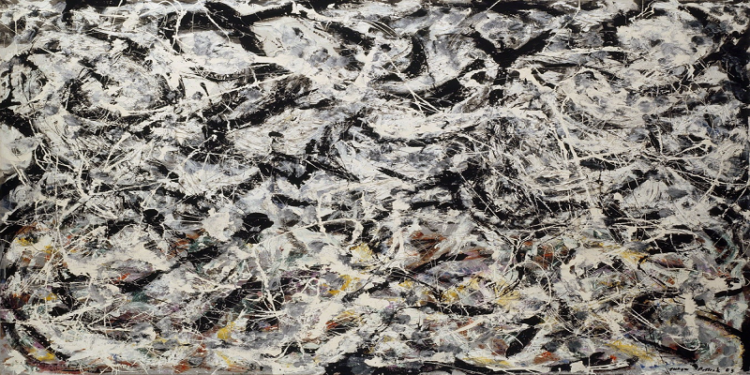 Last time we talked about what art is, discussing intelligence, creativity, imagination, display, the artists, and when the art was done. This time we’ll look at the style of the art.

In What Style is the Art Done?

This is a list of real world art styles and a brief description of what they entail. Keep in mind that this list isn’t meant to be complete by any stretch of the imagination. Thanks to Wikipedia and theartstory.org for the definitions. By creating this list, I hope to give the reader a bit of vocabulary to be able to use in their games, so as not to have to make up terminology to describe what the art looks like. Also, because there are SO many styles out there, while there will be multiple pieces talking about style, the list isn’t to be considered comprehensive by any means.

ASCII art is a graphic design technique that uses ASCII characters to create pictures. It’s also used to refer to text based visual art in general.

Abstract art depicts a departure from reality. This departure from accurate representation can be slight, partial, or complete. Abstraction exists along a continuum. Even art that aims for perfect realism/ representation can be said to be abstract, at least theoretically, since such is likely to be exceedingly elusive. Artwork which takes liberties, altering for instance color and form in ways that are conspicuous, can be said to be partially abstract. Total abstraction bears no trace of any reference to anything recognizable. 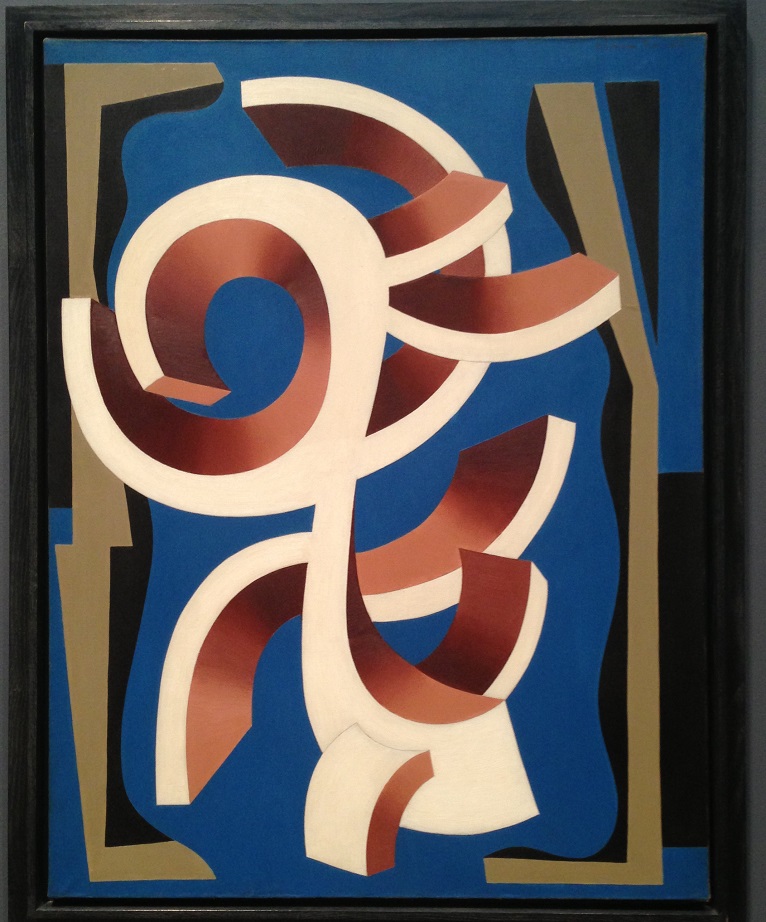 Action painting, sometimes called “gestural abstraction“, is a style of painting in which paint is spontaneously dribbled, splashed or smeared onto the canvas, rather than being carefully applied. The resulting work often emphasizes the physical act of painting itself as an essential aspect of the finished work or concern of its artist.

Aestheticism is an intellectual and art movement supporting the emphasis of aesthetic values more than social-political themes for literature, fine art, music and other arts.

Arabesque is a form of artistic decoration consisting of “surface decorations based on rhythmic linear patterns of scrolling and interlacing foliage, tendrils” or plain lines, often combined with other elements. It usually consists of a single design which can be ’tiled’ or seamlessly repeated as many times as desired.

Art Deco is a style of visual arts, architecture and design that first appeared in France just before WWI and influenced the design of buildings, furniture, jewelry, fashion, cars, movie theatres, trains, ocean liners, and everyday objects such as radios and vacuum cleaners. It imitated many different styles, simultaneously bringing together bold geometric forms, bright colors, updated craftsmanship, and exotic styles, featuring rare and expensive materials, such as ebony and ivory, and exquisite craftsmanship.

Art Nouveau is an international style of art, architecture and applied art, especially the decorative arts, as a reaction to the academic art of the 19th century, it was inspired by natural forms and structures, particularly the curved lines of plants and flowers.

Arte Povera is an Italian contemporary art movement in which artists began attacking the values of established institutions of government, industry, and culture.

Arts and Crafts movement was an international anti-industrial art movement between about 1880 and 1920, standing for traditional craftsmanship using simple forms, and often used medieval, romantic, or folk styles of decoration.

Baroque is a highly ornate and often extravagant style of architecture, art and music that flourished in Europe from the early 17th until the late 18th century

Classical realism refers to an artistic movement in late-20th and early 21st century in which drawing and painting place a high value upon skill and beauty, combining elements of 19th-century neoclassicism and realism.

Cloisonnism is a style of post-Impressionist painting with bold and flat forms separated by dark contours.

Color Field emerged out of the attempts of several artists in the late 1940s to devise a modern, mythic art. Seeking to connect with the primordial emotions locked in ancient myths, rather than the symbols themselves, they sought a new style that would do away with any suggestion of illustration. The style avoided the suggestion of a form or mass standing out against a background. Instead, figure and ground are one, and the space of the picture, conceived as a field, seems to spread out beyond the edges of the canvas.

Concrete art was an art movement with a strong emphasis on geometrical abstraction. It is used to describe abstract art based on mathematic or scientific principles, the visual expression of which was an emphasis on planes and color.

Conceptualism is art in which the concept(s) or idea(s) involved in the work take precedence over traditional aesthetic, technical, and material concerns. Some works of conceptual art, sometimes called installations, may be constructed by anyone simply by following a set of written instructions.

Constructivism was a Russian social artistic and architectural philosophy that rejected the idea of autonomous art which  influenced architecture, graphic design, industrial design, theatre, film, dance, fashion and to some extent music.

Cubism is an early-20th-century art movement which brought European painting and sculpture historically forward toward 20th century Modern art developed by Pablo Picasso and Georges Braque. Cubism in its various forms inspired related movements in literature and architecture. In Cubism, objects are analyzed, broken up and reassembled in a multitude of viewpoints to represent the subject in a greater context. 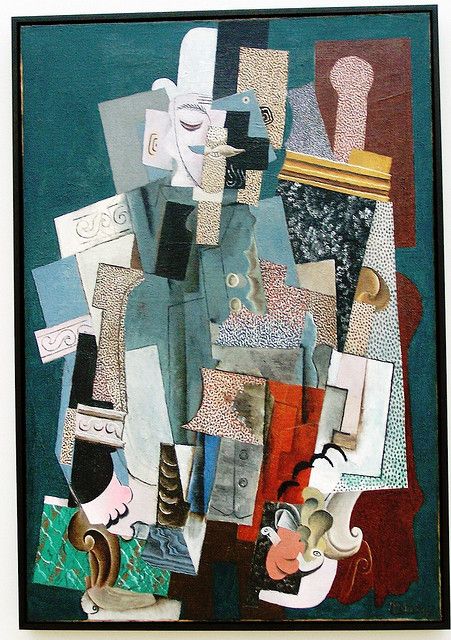 Dadaism was a European art movement developed in reaction to WWI, it consisted of artists who rejected the logic, reason, and aestheticism of modern capitalist society, instead expressing nonsense, irrationality, and anti-bourgeois protest in their works. It spanned visual, literary, and sound media, including collage, sound poetry, cut-up writing, and sculpture. Dadaist artists expressed their discontent with violence, war, and nationalism, and maintained political affinities with the radical left. The Dadaist movement included public gatherings, demonstrations, and publication of art/literary journals; passionate coverage of art, politics, and culture were topics often discussed in a variety of media.

Deconstructivism is a movement of postmodern architecture which appeared in the 1980s, which gives the impression of the fragmentation of the constructed building. It is characterized by an absence of harmony, continuity, or symmetry.

Digital art is an artistic work or practice that uses digital technology as an essential part of the creative or presentation process. Various names have been used to describe the process, including computer art and multimedia art. Digital art is itself placed under the larger umbrella term new media art

Expressionism is a modernist movement, which presents the world solely from a subjective perspective, distorting it radically for emotional effect in order to evoke moods or ideas. Expressionist artists sought to express the meaning of emotional experience rather than physical reality. The style extended to a wide range of the arts, including expressionist architecture, painting, sculpture, literature, theatre, dance, film and music.

Fauvism, art made by the Fauves ( literally “wild beasts”) were a loosely allied group of French painters who shared the use of intense color as a vehicle for describing light and space. Their art redefined pure color and form as means of communicating the artist’s emotional state. Their art separated color from its descriptive, representational purpose and allowing it to exist on the canvas as an independent element. Color could project a mood and establish a structure within the work of art without having to be true to the natural world. The art’s simplified forms and saturated colors drew attention to the inherent flatness of the canvas or paper; within that pictorial space, each element played a specific role. The immediate visual impression of the work is to be strong and unified. Above all, Fauvism valued individual expression. The artist’s direct experience of his subjects, his emotional response to nature, and his intuition were all more important than academic theory or elevated subject matter. All elements of painting were employed in service of this goal.

The Feminist art movement emerged in the late 1960s amidst the fervor of anti-war demonstrations and civil and queer rights movements. It sought to rewrite a falsely male-dominated art history as well as change the contemporary world around them through their art. Their art sought to create a dialogue between the viewer and the artwork through the inclusion of women’s perspective. Art was not merely an object for aesthetic admiration but could also help the viewer to question the social and political landscape, thus affecting the world and bring change toward equality. They often embraced alternative materials that were connected to the female gender to create their work, such as textiles, or other media previously little used by men such as performance and video. By expressing themselves through these non-traditional means, women sought to expand the definition of fine art, and to incorporate a wider variety of artistic perspectives.

Figurative Art is a type of art that is based on real-world objects, people, or scenes. It is also known as Figurativism and dates back to ancient Greece. It is the opposite of Abstract Art.

Folk art encompasses art produced from an indigenous culture or by peasants or other laboring tradespeople. In contrast to fine art, folk art is primarily utilitarian and decorative rather than purely aesthetic. Folk Art is characterized by a naive style, in which traditional rules of proportion and perspective are not employed.

Fluxus has been described as “anti-art” and “a fusion of Spike Jones, gags, games, Vaudeville, John Cage and Duchamp” by different figures in the community. Their artists did not agree with the authority of museums to determine the value of art, nor did they believe that one must be educated to view and understand a piece of art. Fluxus not only wanted art to be available to the masses, they also wanted everyone to produce art all the time. The movement sought to change the history of the world, not just the history of art. They wanted to find ways to bring art to the masses, much in keeping with the social climate of the 1960s. Fluxus artists used humor to express their intent. Despite their playful attitude, Fluxus artists were serious about their desire to change the balance of power in the art world. Their irreverence for “high art” had an impact on the perceived authority of the museum to determine what, and who, constituted “art.” Fluxus art involved the viewer, relying on the element of chance to shape the ultimate outcome of the piece. They believed that one should embark on a piece without having a conception of the eventual end. It was the process of creating that was important, not the finished product.

Futurism celebrated advanced technology and urban modernity. Committed to the new, its members wished to destroy older forms of culture and to demonstrate the beauty of modern life – the beauty of the machine, speed, violence and change. Although the movement did foster some architecture, most of its adherents were artists who worked in traditional media such as painting and sculpture. The Futurists were fascinated by the problems of representing modern experience and strived to have their paintings evoke all kinds of sensations including the noise, heat and even the smell of the metropolis. They were fascinated by a new visual technology called chrono-photography, a predecessor of moving film that showed the movement of an object across a sequence of frames. This technology was an important influence on their approach to showing movement in painting, encouraging an abstract art with rhythmic, pulsating qualities. 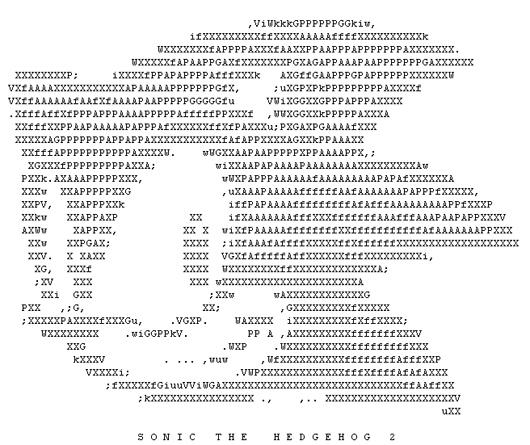 I hope that this art vocabulary helps you in your games. As always, feel free to like, comment, and reshare!