Using Art in Your Game P4 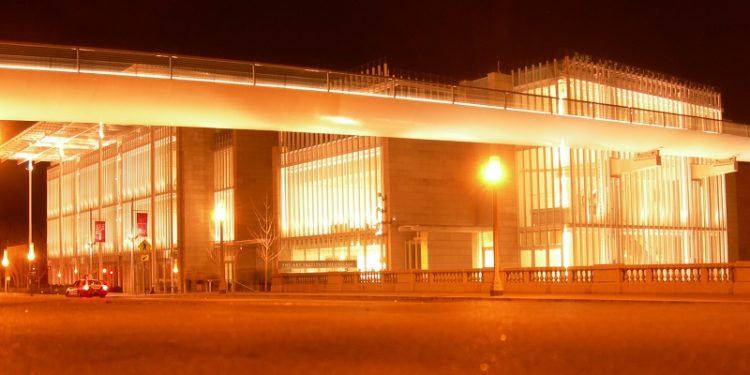 Last time we covered what we’re able to do with the art terminology, what the art is, where and how it was done. This time we’ll talk about the art market itself and patronage.

To begin, let’s define an art market as a

physical or virtual venue where art is bought and sold. An art market requires one or more works of art, drawn from a diverse range of collectible objects; a seller; and one or more buyers, who may participate directly in negotiations or be represented by agents. Its development depended crucially upon three factors: the emergence of collectors, the production of movable works of art, and the development of mechanisms for selling these works of art, either directly by the artists—through fairs, markets, and exhibitions in their shops and studios—or via intermediaries such as dealers and auctioneers. It is also concerned with the production of new art which enters the art market.

Historically, many significant art transactions didn’t involve the art market; instead, they involved the artist or craftsman and a patron, who might be either a private individual, or, as was often the case in the Middle Ages, an institution such as the Roman Catholic Church. Such works might be site-specific, as with a fresco or an altarpiece which would not, and indeed could not, be traded on the open market, and the artist was not the “owner,” at least not in the modern sense of the word. Instead, the patron and the artist would draw up a contract in which the price of materials, the subject of the piece, and the number of figures were generally determined in advance. The price of the artist’s skill and labor was often agreed upon separately. In addition to these and other direct commissions, there was an open market of growing importance in more portable commodities, such as textiles, curiosities, and antiquities. 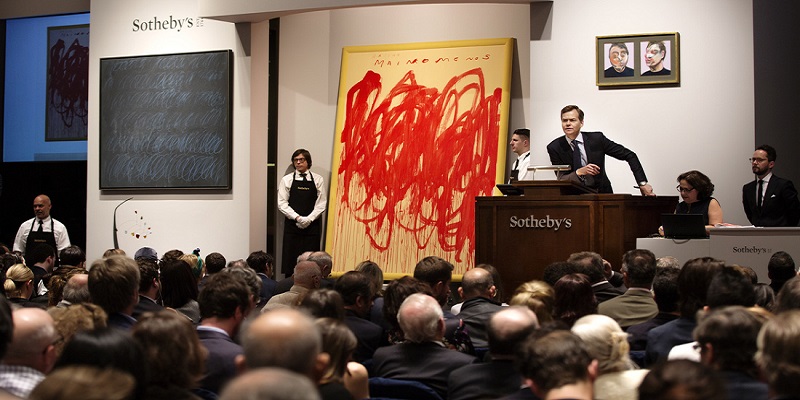 The art market operates like an economic model but considers more factors than the typical supply and demand; it’s a hybrid type of prediction market where art is bought and sold for values based not only on a work’s perceived cultural value, but on both its past (provenance), as well as its predicted future value. Unfortunately, no one truly knows the value of a piece, as there are many aspects to consider… until the sale / auction is finalized.

Art market activity largely follows the demands a limited array of private collectors, museums, and large corporate interests as the principal market participants. Because the art market’s participants are severely limited, because artworks are not both replaceable and interchangeable, and because art valuation relies on the advice, enthusiasm and expertise of a variety of specialized market analysts, these limitations each in turn dictate the size of the market and increase the risk that some items may be over or undervalued.

Art markets move in seasonal cycles peaking in the spring and autumn when auction houses traditionally schedule auctions. While private sales take place all year, those sales are often not publicized as auctions are and don’t affect the market until often much later. Art valuations in one season can (and often do) affect later seasons due to “hype.” So too can financial market volatility cause volatility in the art market, though this is not necessarily so. As art market participants’ fortunes wax and wane, buying power evolves and affects participants’ ability to afford highly valued works, resulting in new buyers and sellers entering, leaving, or re-entering the market, and art sold to offset financial losses might be sold for substantially more or substantially less than when it was last at auction. Furthermore, art has transient fashionability that also can affect its value: what sells well for a time may be supplanted in the market by new styles and ideas in short order.

The art market is affected by its two parts: the primary art market, where new art comes to the market for the first time, and the secondary market, for existing art that has been sold before. Supply and demand affect the secondary market more than the primary market because works new to the market, mainly contemporary art, have no market history for predictive analysis and thus valuation of such work is more difficult, and more speculative. Gallery, dealer, consultant, and agent promotion as well as trend-setting collectors are the forces at work in valuing primary market works.

New artists have a harder time entering the market than a well-established one does to sell his or her work, as it’s hard to predict how an unknown artist’s work will sell, or whether it will sell at all. Because so few new artists can get noticed, it creates scarcity, thus driving up prices and raising questions of efficiency. High market entry barrier results in a smaller pool of artists which perform more predictably. For this reason, gallerists and art dealers consider what types of works are currently in vogue before deciding to represent a new artist and are highly selective in those choices in order to maintain a level of quality that is saleable. All these concerns are in play when gallerists set prices for emerging artists at a much lower level than for established artists.

Art markets are notoriously nontransparent, with hidden parties bidding for artwork, minimum bid guarantees, and the like. Recently, there have been panel discussion between major art market decision makers, where panelists discussed whether there was a need for more transparency. With the art market’s weaknesses becoming better known, there has been serious talk of regulating the industry to prevent inside information trading, tax evasion, and money laundering.

“Estimates” often reflect the consignor’s ambitions as much as the auction specialist’s considered opinion. They do not reflect commissions. To secure consignments, auction houses concede high estimates to suit the requirements of art owners. Before an auction, interested buyers typically turn for advice to the auction house specialist / estimators who quotes the estimate and often recommends going beyond to secure the item.

Auction houses are contractually bound to sell items, charging the seller(s) a percentage of the sale. Buyers are also subject to a fee, implying that, by virtue of selling an object, the auction house performs a service for them.

Auction houses may offer a guaranteed selling price, or “guaranteed minimum,” a practice designed to give sellers confidence to consign works and to give potential bidders reassurance that there are others willing to buy an item. These guarantees have been around since the 1970s to encourage collectors to sell their artworks. A guaranteed amount is generally close to the lower estimate, with the seller and the auction house sharing any amount exceeding the guaranteed minimum.

The art market can also be used to understand what “counts” as part of art history. Art dealers and auctioneers organize material for distribution to collectors. In real life, two of the largest, and oldest, art auction houses are Sotheby’s and Christie’s, and each hold frequent sales of great antiquities and art objects.

A black market exists for great art, which is closely tied to art theft and art forgery. Because demand for art objects is high, and security in many parts of the world is low, a thriving trade in illicit antiquities acquired through looting also exists. Although the art community nearly universally condemns looting because it results in destruction of archeological sites, looted art paradoxically remains omnipresent.

How to use this information in your game

There are a variety of ways to use this. First, the PCs or NPCs could be either new or established artists trying to sell their works, facing a market that doesn’t quite know what to do with them. Conversely, they could be art experts, thieves, forgers, inside traders trying to manipulate the price of art, members of an auction house, security guarding art pieces, members of the general public wishing to buy a piece, someone who knows the art is more than it seems, museum curators/ members of the antiquarian society, etc.

By knowing how the art market works, you’re able to convincingly simulate how one would work in your game by creating your own fictional auction houses. By knowing the art terminology, while an auction is going on, you can more convincingly describe the art piece in question.

As with the last article, you’ll need to remember both how and when certain parts of your gaming world are connected as far as trade goes. For instance, the English and Dutch East India companies brought a huge increase in trade between Europe and East Asia. Before this point, there wasn’t that much trade. Afterwards, the relatively sudden increase in demand had a particular impact on the market for porcelain and lacquerwork; during China’s Ming dynasty, large factories were created to supply the market for linglong (pierced porcelain) and other wares.

Another factor to consider when dealing with the art market, in a day and age before instant communication and as fast of travel as we have today, it wasn’t exactly easy transporting artifacts. Some may have been broken and /or damaged in transport.

Remember that also there may be religious and/ or political forces at play when it comes to art markets. For instance, in China’s Song Dynasty, collecting ancient mirrors, scrolls, and bronzes, as well as their rubbings were linked to ancestors, and those that controlled them had political and religious power. During this time, Emperor Qianlong used his love of antiques, his own artistic sense, the shared cultural background of the  and a strong military force to help unify China. Another example is that the Roman Empire was able to obtain a huge amount of artwork through their expansion, much of which were the spoils of war. Later, much of this art fell out of favor because it was seen as pagan, and the art was buried or outright destroyed. However, the 8th century saw the reviving of Roman traditions under Charlemagne rule, which led to the assimilation, rather than destruction, of classical art, and monasteries and cathedrals became vitally important repositories.

I hope this has inspired you to add more authentic art markets to your game. As always, feel free to like, comment, and reshare!

Roleplaying Games – Monster of the Week ...