5 Ways to Save Your Campaign from Summer Vacation 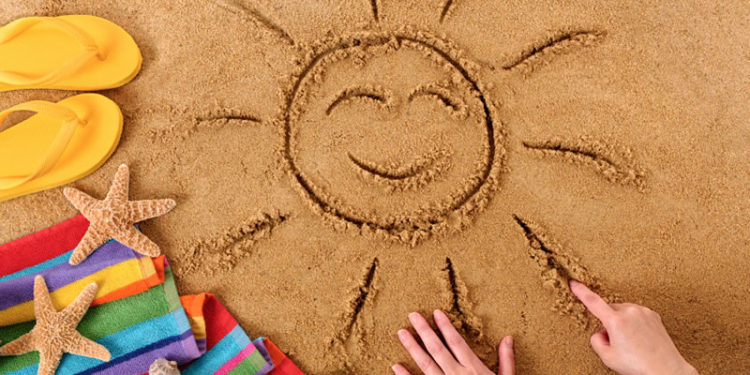 This week on the Campaign Trail, I’m looking at vacations and how to make sure your campaign survives the summer months. Summer is awesome, but it can create challenges to running your scheduled campaign each week, month or whenever. I thought I’d look at some ways to save your campaign from the pitfalls that GMs can face in the summer months. Keep reading for tips on how to keep your campaign alive through vacations, students moving home, weekend camping trips, family BBQs and more.

Sometimes a little break from the campaign for everyone can be a good thing. If you know that you or your players are going to be away for a couple of weeks (or even the whole summer), just agree to take a planned break. Trying to push the story along with half your group is less fun for everyone at the table and not fair to the missing players. Don’t force the game, just agree to take a planned break. A couple of weeks off can be a chance for you as the GM to get your creative juices flowing again, get ahead of the players with some extra prep time, or even finish up that campaign world you’ve been working on. Try to end the last session on a cliffhanger or resolve something important, creating a memorable point to return to in a couple of weeks of months (just like with TV show during sweeps or a mid-season finale). Take a break with a strong finish and avoid limping along all summer with half your group.

My group has a discussion board to keep everyone up to date on vacations, long weekends and school/work conflicts. That way we know weeks in advance when our campaign will need to take a break. In a past campaign we knew that one of our players would be taking the summer off and I’ll explain how we handled that down in #4 below.

Without a schedule you’ll have frustrated players showing up expecting the full group, only to end up playing Munchkin or some half prepared one-shot, with half the group missing. By providing a discussion board, forum or shared calendar for your group, everyone can see when attendance is going to be light and make decisions in advance about cancelling a session or playing a one-shot or side quest (see #5 below).

3) Use a Virtual Tabletop

If your group is geographically distributed during the summer months with students returning home for the summer (or anyone who is away on vacation), a virtual tabletop can keep everyone in the game. Virtual tabletops like Roll20 or Fantasy Grounds can allow any players who aren’t able to attend in person to join the rest of the tabletop group.

4) Plan for Players to Come and Go

Make sure to plan your sessions to allow your players to come and go over the summer. A couple of summers ago, my campaign had my PCs acting as officers and crew on a ship, which makes it easy to swap PCs in and out for each adventure. That summer, one of my players was gone the whole summer and we handled it in game by having his PC busy working away on discovering some new magic in his laboratory (as his gnome PC worked to survive being merged with a suit of magic armor he developed). Knowing in advance that this player would be away made this easy to handle in game. Sure, his PC will missed a couple of missions/arcs, but we turned it into part of the story – as the rest of the PCs waited to see what is left of the gnome when he comes out of his lab.

How do you handle players who might drop in and out of the campaign throughout the summer?

5) Run a Side Quests or a One-Shot

If you know in advance that an upcoming session is going to be missing a few players you might want to schedule a one-shot or a side quest.

These short adventures are usually run over a single session. The benefits of running a one-shot are:

If a one-shot is a hit, you might even want to turn it into a short mini-campaign to fill in the summer months until you return to the main campaign.

If your players are not interested in trying our those shiny new rules or letting another GM take a turn, then some side quests can fill in a scheduling gap nicely. Use side quests to provide one of a these for your players:

Make sure that missing players don’t get mad that their PCs are missing out on experience points, magic items or important plot developments.

BONUS – Embrace the Summer and Play Outside

Why fight summer? Try taking your game to the great outdoors. If you can get past needing all your books, dice, mats and miniatures you can try running a session around the campfire, at the beach or even down at your neighborhood park. Make sure to have strategies for dealing with bugs and weather such as rain, sudden gusts of wind or even sun (after a 4 hour session you’ll be happy you wore a hat and lots of sunscreen).

Using Art in Your Game P4