A look at character attributes and race 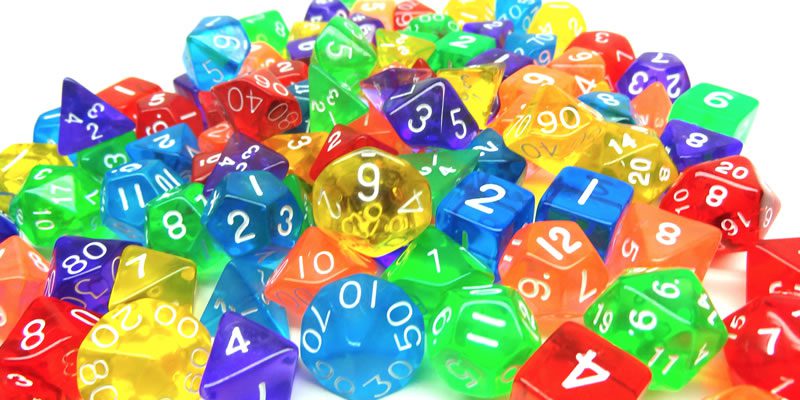 In most games in order to create a character you need to possess certain levels of various character attributes. But instead of saying that “due to X race (or monster) not having an attribute level of Y, it’s not playable” why not look at various attributes and find interesting ways of working around the deficiency.

Strength defines how much a character can physically pick up and carry around with them. It also defines how easy it is to burst out of bindings, how far the character can jump, gives a chance to bend bars (in AD&D), break doors, and gives damage bonuses (or penalties) to certain weapons. This attribute may be referred to as Power or Brute Force in some systems.

If a character’s race has a strength score of zero, they may be immobile because their body won’t allow the muscles to move. A real life example might be a paraplegic, or perhaps a deathly ill person. A fantasy equivalent would be something like a “brain in a jar.” But an alternative way of looking at strength might be to say that the character has no physical form in which to lift an object, and any object not treated with substances that allow ethereal creatures to manipulate it wouldn’t simply work. Conversely, a strength of zero may be able to move, but said exertion is wearying in the extreme

Dexterity tells how fast a person can avoid hits, how well they can perform legerdemain, ride a mount, how well they balance, how quietly they can move and how easily they can wiggle out of constraints. Some systems call this stat Agility, Finesse, or Quickness, which also gives this attribute a sense of how fast a character can travel.

If a character’s race has a dexterity score of 0, they may be a plant rooted in place or a statue rooted in place. But just because a character has a dexterity of 0 doesn’t mean that they are useless. Perhaps they are a computer program that in and of itself doesn’t have any movement, but when put into a body that they can control, they have the dexterity of the body that they possess. Another possibility is that they are a tree, but have the entire network of the forest to be their eyes and ears and limbs for them.

A character with a constitution score of 0 would find it difficult to move, as any exertion would be tiresome. They would also be quite sickly, in that their bodies could not fight off infectious disease. On the other hand, maybe the character’s health is tied into another system altogether. Maybe the character is undead, and such things wouldn’t bother them the way that they would a living creature. Maybe it’s a construct of some kind that doesn’t need a constitution score to function.

A character with an intelligence of 0 would be acting on instinct alone, and thus difficult to play as a part of a group. All a character’s skills, the ability to use language, their ability to think about future actions becomes nonexistent. But in some unique circumstances such a character might be playable.  Maybe the character by themselves has no intelligence such as an individual ant or bee in a colony, but the mass has intelligence because it makes decisions as a cohesive whole. The question is what happens when the lone soldier in such a situation gets cut off from the input of the others?

Wisdom is an attribute which tells how easily fooled the character is, how perceptive they are, how well they inspect their work, and how well they can survive in various circumstances. This attribute is   sometimes called willpower in other systems is how

A character’s race with a wisdom score of 0 would be incredibly naïve, believing anything that was told to them, no matter how ludicrous. They probably would not have any common sense. They might not be able to control their base impulses because they wouldn’t have the wisdom to do so. They would be extremely susceptible to magic, having no guards against such. The closest thing that comes to a race with a Wisdom score of 0 in current published works would be Dragonlance’s Kender.

Intelligence vs. Wisdom Zacharythefirst put the difference the following ways:

A character with a High Intelligence but Low Wisdom might be incredibly book smart, but continually makes poor decisions, is absent-minded in the extreme, and tends to miss “little picture” stuff in favor of “big picture” stuff. This is the incredibly learned wizard who basically needs a handler wherever he goes due to his eccentricity. One example might be Walter Bishop from the TV show Fringe, if that makes sense.

A character with Low Intelligence but High Wisdom might be considered a dullard by society’s standards, but has some matter of insight, or might be very attuned to the smaller things in life. This person might be illiterate or might be an idiot savant, but they have a way of picking up on the simple, straightforward solutions that other people miss, perhaps because they’re going for the “big picture” stuff.

Charisma can be looked at in several ways. One way might be a simple awareness of social situations, and the ability to manipulate them. Another might be linked to a person’s appearance. A third might be how tame and wild animals react to the character.

Depending which way of looking at charisma one uses, a character’s race with a score of 0 might be interpreted in a variety of ways. For instance a race might be totally socially blind and thus have either a severe case of Asperger’s syndrome or Autism. If this is the case, they might have a few moments of clarity and then they slip back into their own world.

If Charisma measures a race’s (true) appearance, a score of 0 would make anyone seeing then permanently insane. In cases like this, maybe the race has developed various ways of disguising their appearance. In the case of appearance it could be that the person is filthy, and doesn’t take care of their hygiene, has bad breath, missing teeth, messed-up greasy hair and soiled clothing.

Instead of saying “no you can’t play a race with any of these deficiencies,” why not see how to make the fact these can add interest to your game?

Rise of the Demigods by Aram Vartian ...