Today I present Tir Na Saar – a fantasy area of that you can use for a one shot, as part of the Rikirta setting, or link it to other settings.

Secretive nation, ruled by the Viridian Thorns-evil creatures for close to 1,000 years. Some say all evil creatures were spawned or created here. Allied collection of city states. 50% of the population are slaves, mostly Goblins and some Nekomata (Cat folk).

Viridian Thorns is a fuedal alliance of humanoids (Goblins, Harpys, Minotaurs) dedicated to conquering the universe through enslaving and corrupting everyone.

Geography : Temperate-Cold Climate. Wind is always cold in the western moors. Forests are warm are night. There are few snakes or scorpions, but many spiders and centipedes. The desert in the south is a barren rocky wasteland.

The moorlands on the western side are cold most of the year, and tundra during winter. The two large lakes in the central lands are fresh water. Thus they are deep and murky.

Two things are known about this place to outsiders – 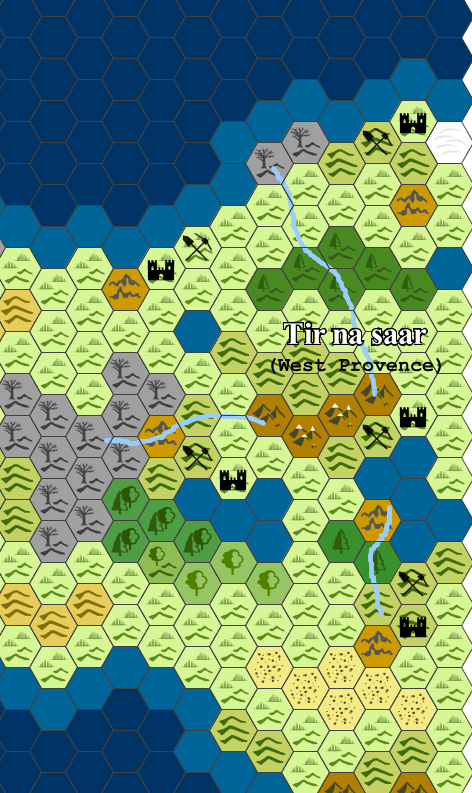 Willing to try Rikirta with a hybrid PBTA-Traditional game? Don’t pay the Ferryman!

What We Can Learn from Platforming Video ...