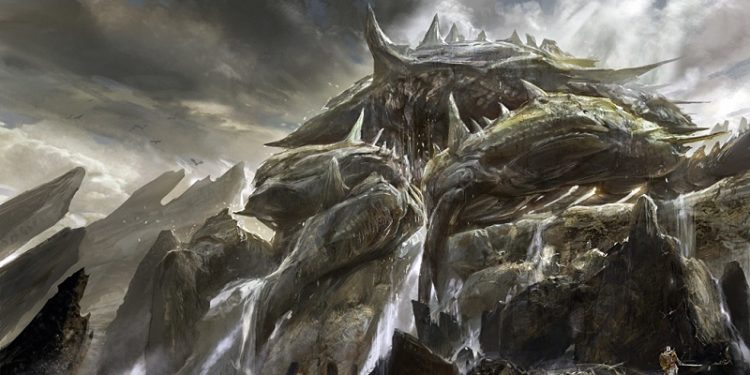 As it turns out, I was a liar last week when I said I would finish the A’s this week. Not because I just didn’t finish the A’s, either. Instead, I realize legendary, game-altering, strange items are still waiting for coverage. The pattern system should be flexible enough to tackle the items without much effort, while conveying a strong sense of purpose behind each of them. As luck would have it, the next three items alphabetically cover exactly the gap I mention above. Of these, it’s two meet the criteria above without much inspection. However, the third has extreme narrative potential within a game world. So, once more into the realm of verbose notes and discussion of design. I hope you enjoy these 5e Magic Item Patterns for Alternate Crafting: The Strange and Legendary.

A Word on Magical Animation

Animated shields, dancing swords, and scary janitorial equipment are all classics in the fantasy world. If you have a world with wizards, you have a world with wizards using magic to make items do their bidding. I always look at these wizards as magical programmers. They use their magic to tell an object to do X, issue the right combination of words, gestures, and arcane prowess, and the object does what it is told to do. Just like programming. Of course, if you aren’t careful, those magic items can go haywire and become overzealous, causing all manner of unexpected chaos. Just like programming.

While there is obviously an appeal and place for the workman wizard, I prefer my magic a little more thematic and narrative driven. To me, animated items are just a small step away from sentient magic items. If you couldn’t guess, I’m a massive fan of sentient items. They typically have great story in combination with some sweet abilities. Animated items don’t have quite the same level of native story, but having them be transition items to sentient items is a good narrative bridge. Besides, you can have animated items become sentient over time, and with use and experience. Thus, having a strong theme is paramount.

A Word on Sentience

I remember a game where a wizard created a sentient shield with the designed purpose to help him protect a rediscovered lost form of magic. In the heat of the final battle, the wizard came under threat. The shield immediately began to contest his will, in order to try and get the wizard to safety. The wizard lost, and he was teleported away, mid-battle. The wizard then had to struggle and negotiate in order to get back to the fray. It was excellent story, and contingent on the story inherent in sentient items.

Amulet of the Planes – Artisan

“The failure of Nisha Academy fascinates scholars, your humble scribe included. Unlike other locations that fell to Phaum Mob, Nisha Academy was not without warning. No less than three Heralds of Zaguben have been discovered, thanks to the markings and signs left behind. Of course, as one expects by those who receive gifts from Zaguben, there is no guarantee the heralds knew of each other, or were working together even if they did. Some scholars dedicate their entire academic life to understanding the patterns of Zaguben, the supposed intricate plans in motion, how the heralds relate to each other, and why they, at times, seem to work at cross purposes. This, gentle readers, is not an area of scholarship that appeals to me. Still, we must study and attempt to understand the Heralds of Zaguben if we are to understand the fate of Nisha Academy. Why did so many within the academy vanish? Why did the heralds leave behind the signs and warnings they did? While it is true Zaguben does not hold much interest for me, it would be quite the lie to say the same of mysteries.”

-an excerpt from “Nisha’s Demise,” by Alefa Tani

Notes: I expect my tastes here might be more esoteric than many. I’m a big proponent of planar play, including early planar exploration. The amulet of the planes is the gateway to players dictating their path and allowing for all sorts of shenanigans (seriously, no limit on the item). Creation should feel like a considerable milestone. To that end, there are a few…strange…items in the materials list. Coalesced essence of a failed plane should be straight forward enough of a concept – a marble or chunk of ore that was once a plane. Astral gold I imagine akin to the hellenistic concept of ichor, just, you know, astral. Timeless dust is simply dust that exists outside of time. Think of it like the opposite of sands of time. Timeless dust was once something, and now it is only the concept of something or what the concept used to be. Again, I recognize this might be weirder than some people want, but this is so incredibly on-brand for me I couldn’t pass it up.

Do you know the tale of the Count Adel? The Queen is fond of it, and will tell it any chance she gets – particularly if you provide her even the smallest drop of Tauban wine. The story begins, as most good ghost stories do, with an obsession. This is not the story of a lost love, however. If you see any portraits of depictions of the count, you will note the woven pearl sash and the opal badge, designations of the Singular Society. The good count did not care for such pursuits. No, this is the story of a coat. You see, the Count Adel I’s coat is the stuff of legend. The coat – a gift from Efen Palto directly – carries with it the essence of a nascent star. The wearer gains that essence in times of great need, so the stories go. Of course, it is also splendid to look upon.

With this in mind, it is easy to see why the Queen finds this whole tale marvelously wicked.

Notes: The components and conditions here should tell a story of how I think animated shield should work. Rather than be a pure arcane item with base programming, the idea that this item is a last gift of a grateful spirit seems intriguing. You should associate the mask and crown should with the ghost in some way – culture, a vanquished foe, whatever – and the smith should beat and work them into the design of the shield.

Apparatus of the Crab – Master

“Due to several incidents within the past five days, the following guidelines are effective immediately:

-a transcription of a notice found outside an Indulu forge

Notes: While he is a fine musician, it seems licensing is still an issue. See you later, Talib Kwali. Wait, that’s not the same guy? I figured it was like him, so it was just Kwalish. His rhymes are magic, so I just assumed. Check out his Attack the Block mixtape. Anyway. To me, I imagine an ancient iron crab far in the depths posing a threat to undersea fey and the beings that live down there. The barnacles scraped off end up allow the creation of the apparatus, but only filtered and refracted through other means. Fire brass would be brass smelted in an appropriately powerful place of elemental fire. The sigil of unlit depths is the sign of a powerful being of elemental water or similar.