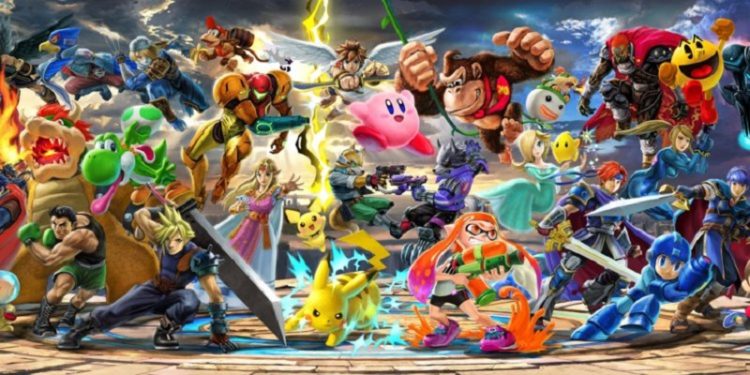 Unlike last week’s piece on feedback debt, I did not think I would be writing a sequel to my 2017 piece on Injustice 2, and how other genres integrate traditional role playing elements. There were further developments within fighting games since I wrote that. Dragon Ball FighterZ has a single-player campaign complete with character upgrades, customization, and several complete stories told from different perspectives. Unlike Injustice 2, it links the RPG elements directly to its story. You level up your team and equip different powers on them as you progress through the game. It’s a very traditional approach akin to a typical JRPG, which makes sense a lot of sense. You progress the genre by relying on what is already successful elsewhere. However, it doesn’t have that cool, genre-linking free play mode that Injustice 2 brought to the table. Enter, Super Smash Bros. Ultimate. 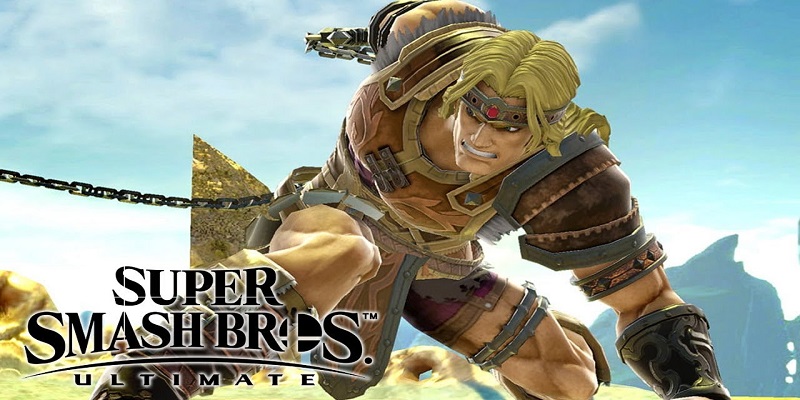 Much like Injustice 2, Super Smash Bros. Ultimate draws on a tremendous wealth of existing characters and story. That isn’t to say the Dragon Ball universe doesn’t possess this, but let’s admit there is an order of magnitude in difference once you look at the intellectual property of DC and, well, just about all of the video games to ever exist (this is obviously hyperbole, but you feel me.) Super Smash Bros. Ultimate has 74 playable characters are part of the core game experience – with a 75th one on the way for free, and five future characters coming available via DLC. Scads of other characters also make an appearance in the game, but we’ll discuss that a bit later.

Super Smash Bros. Ultimate has three core single player experiences. There is Classic Mode, which starts you off with only the original cast of characters and provides a “best video game fit” experience as you fight six to ten characters in a typical brawl-style progression. Each character journey attempts to either emulate the video game the character came from using the roster, or tells a slightly different story depending on the character’s role in pop culture. While definitely fun, it’s not too much of a departure from the standard fighting game core. Where the game really makes strides are their other two modes – World of Light and the Spirit Board.

The core RPG experience in Super Smash Bros. Ultimate revolves around the concept of spirits. Spirits are like the gear in Injustice 2 or the techniques in Dragon Ball FighterZ, they modify your character’s abilities, stats, or fighting methodology. However, instead of being boots or…I am not sure what it represents in Dragon Ball FighterZ, energy techniques maybe?…the spirits are characters from other video games you make part of your team to help you with certain situations.

You select a primary spirit that boosts how your character plays or weakens your opponent, and between one to three support spirits that help dictate how you experience the stage itself. Spirits are also a base color, creating a rock-paper-scissors style mix and match system as a pervasive meta component of play. The spirits tend to do what the characters would do in their video game franchise. Ampharos  – of Pokemon electric sheep fame – increases the damage of your electric attacks, while Von Kaiser – of Mike Tyson’s Punch Out! – helps you punch people in the face. Support spirits tend to lend a secondary aspect of their character – gadgets translate into items, fast characters into obstacle avoidance, etc.

The stage modification is significant. It allows you to ignore stage hazards, lessen obstacles, remove or place items, and overall make the challenges you face more manageable. Of course, if you want to do them on hardmode, you totally can – and you get achievements for them. Me? It’s a miracle I can remember to use the block button, so you can easily guess which side of this dynamic I fall on. Anyway, when the entire stage is on fire, finding a way to deal with the fire damage is a meaningful mechanical change. 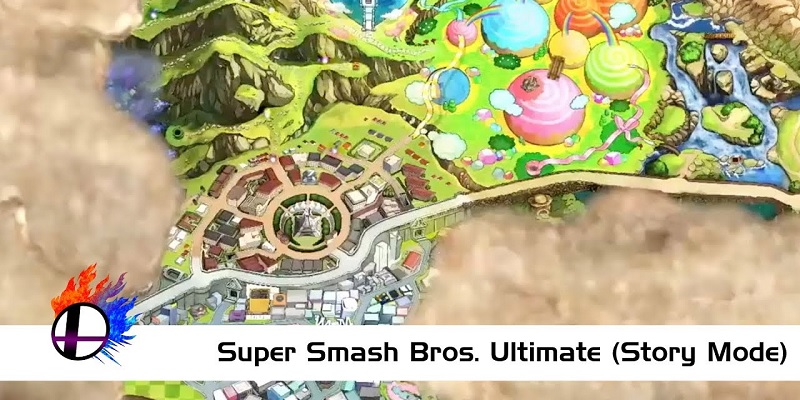 We’ve Got Spirit(s), Yes We Do

You accumulate spirits in two ways. You can either play through the World of Light and earn them through your interactions there – I’ll speak more of the World of Light in a bit – or you can just play the Spirit Board. The Spirit Board is this game’s version of the multiverse from Injustice 2. It’s not quite as developed as the multiverse – the Spirit Board is individual challenges instead of worlds where you play through possibly several related stages – but the concept is similar. Each Spirit Board event gives you the chance to earn a spirit if you complete a mini game after your victory, and you can spend the currency you earn in the mode to try the mini game again.

When you earn a spirit, it begins at level one – unless it doesn’t for reason, but I haven’t personally seen that. You can level-up the spirit by equipping it and playing more matches, or by feeding it spirit snacks. What are spirit snacks, you rightfully ask? Spirit snacks are a type of item you earn in the game, and you feed it to your spirits to level them up more quickly. You also earn other items you can use to further weaken enemies or manipulate stages, though these are one-use rather than the permanent passive effects spirits provide. Oh, and it wouldn’t be complete without specific items to assist you in the post-match mini game, too.

The Spirit Board is also time-sensitive, with spirits rotating out every five to fifteen minutes. Generally speaking, the more difficult the encounter, the longer it remains on the board. You can also use consumable items to repopulate or shuffle the board, as you see fit. You do run into duplicate spirits every now and then if you play a lot, but you still get consumables and experience, so it’s not dead effort. The final component of this is having spirit events linking with other properties. For example, just a few weekends ago was a Super Mario Odyssey event, so now I have a bunch of Mario Universe spirits in wedding outfits.

World of Light and Integration

While this is all very cool, taken alone it’s something of a very similar experience to that of Injustice 2. What separates it is the integration of the Spirit Board with the World of Light – the story mode of the game. The World of Light tells the story of an evil force attacking the world, and causing a calamity. You start off as Kirby, and you have to traverse the encounters of the world to unlock more characters and spirits to aid you in your journey. You have route and encounters options, allowing you to choose the way you progress through the story.

This is a natural progression of the forking story with multiple options we see in Injustice 2, and of the “board game” from Dragon Ball FighterZ. The reason why board game is in quotes there is the fact that the mechanics don’t really do what the game thinks they might do, but it’s still fun, so whatever. Anyway, the World of Light isn’t a board game, but is instead a more traditional overland map RPG experience with a board-style design. This isn’t separated from the Spirit Board, as progressing there allows you more options and lowers the difficulty of the World of Light, if you want to do that. Taken as a whole, it’s a more complete video game RPG experience, wrapped around brawler mechanics. 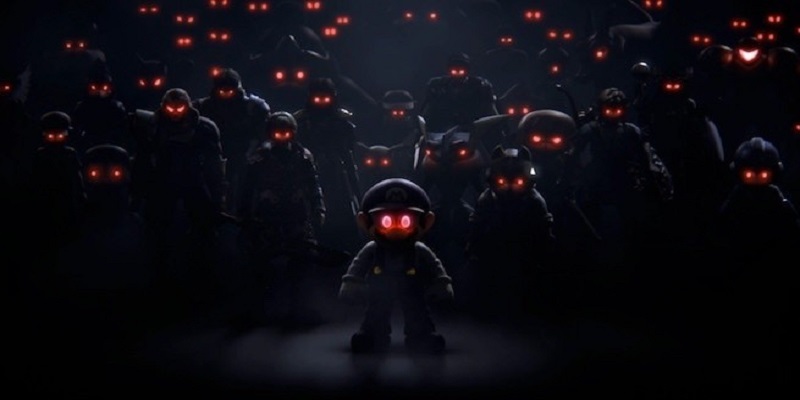 How many people do you know who don’t want to play fighting games because they believe them to be competitive, shallow experiences? Anecdotally speaking, it’s a common answer from a lot of people I know. As fighting games are showing, developing a richer, deeper form of storytelling is a way to meaningfully engage your audience, and lower the barrier to entry. This last point is tremendously important for the success of individual games, and specific genres as a whole.

This might seem contradictory, but it’s true. By having these RPG elements in the game, you provide a potentially more meaningful user journey. Sure, these are also elements to try and make you play the game more. However, we shouldn’t assume it’s a bad thing. Heavily monetized barriers to the elements are a problem, but we aren’t seeing that within the genre. The additional monetization comes from DLC characters, rather than blocking the story. We can quibble over this all day, but this is pretty minor, all things considered.

Providing multiple points of entry to your experience is only a positive thing. If you have a great single-player story, you are going to attract people who care about great storytelling. It just so happens they are going to learn the mechanics and gameplay along with the story. If you have a good ongoing challenge experience, you are going to expose people to an increasingly higher percentage of the high-end mechanics. By providing gradation, you aren’t going to overwhelm people with too much at once. This is especially true if you allow people to guide their own experiences.

As fighting games continue to adapt and evolve, we can look at their paths and challenges as we consider tabletop accessibility. We are currently in a tabletop renaissance, with visibility, passion, and cultural acceptance blazing a path for us. However, something like accessibility is never a finished state. The more potential paths to play, the larger the overall audience. We need to embrace this, rather than being tribal about it.

TTRPG isn’t a zero sum game. If people have fun and find acceptance in the medium, the likelihood they try something else is high. The more in-roads to those other games, the better for everyone as a whole. Just think, if we have more people playing more games, our selfish desire to play more games has a better chance to succeed!

Super Smash Bros. Ultimate is already a smash hit (heh). Injustice 2 and Dragon Ball FighterZ were both huge hits. The likelihood that fighting games continue down this RPG path is only going to increase. We’re going to get more good storytelling, and more opportunities to participate in those stories. In fact, the World of Light would be a solid entry tabletop experience, to say nothing of the branching paths to the different video game worlds. It might not be the best choice for 5e explicitly, though parts of it certainly could be.

Maybe we should take a lesson from Super Smash Bros. Ultimate and appreciate all of the different games that exist for just such an occasion.