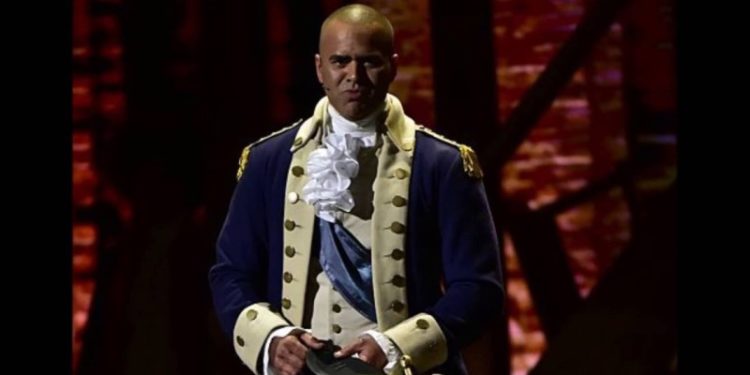 Now we come to the edition in which this class’s name finally matches the title of the series. It’s not the first class to change names edition-by-edition – in fact, of the four earliest classes, only the cleric still goes by its original name! More than most, though, it hasn’t reached what I could call community consensus even now, since there are still “commander,” “noble,” and other class names applied to something close enough to fit into this series. (For reasons of pure self-preservation, I won’t be covering all of the third-party warlord-like classes.)

As we’ve seen, there are enough warlord-like classes bouncing around 3.x content that it’s almost inevitable that 4e should feature one. For it to earn a spot among the eight core classes of the 4e PH… that’s much more surprising. On the other hand, the introduction of combat roles as class elements meant that they need some kind of leader other than the cleric, if only for the sake of choice. (Not that there were multiple controllers to choose from at launch.)

With that understanding, then, what I want to say of the warlord is that for me it was an incredible breath of fresh air into D&D. Not for its mechanics, which are fine and coming in another paragraph or two, but because it was a fully-functioning main healer that wasn’t focused on the gods. I don’t have a problem with religion in games, except that way too many of my 3.x games defaulted into “figure out the cleric’s most hated enemy religion and make the campaign about that divine conflict.” 3.x was so reluctant to make any class as good at healing as the cleric that every party needed a cleric, and that made me lazy too.

But I digress. The warlord’s theme fits in anywhere that a fighter does. They’re not an everyman class like the fighter, but that’s only because Intelligence or Charisma set them apart. Roy Greenhilt could totally be a warlord if he’d been built in 4e, is what I’m saying. The things that set the warlord apart from the fighter are sometimes strange choices – show me some narrative reason that warlords don’t gain proficiency in heavy shields and only wear chainmail. I don’t want to overstate the point – it’s not super fair of me to pick 4e apart on the basis of 5e’s standards.

That’s the core of the warlord – everything else is martial exploits. Or marital exploits. I don’t know whether you’re counting notches on your sword or bedpost. Not my business!

I do want to at least cover the at-will attacks individually, because they make the strongest statement about warlord gameplay. Commander’s Strike – give up your attack to make someone else attack, with a bonus – is the first up. I’ve mentioned similar features in warlord-like classes so far, and it’s going to keep coming up. It even appears under that name in the Battle Master fighter of 5e, as you probably know quite well.

Furious Smash is an attack that is less effective in its own right – you only deal your Str modifier in damage – but it grants your whole Cha modifier as a bonus to one ally’s next attack and damage roll. This is a great example of what I was saying about the value of accuracy bonuses – despite not doing much damage, this is a very good setup power.

Viper’s Strike is a fairly normal attack with an unusual effect (that is, this happens whether you hit or not). Normally, shifts don’t provoke opportunity attacks – that is, the point of shifting instead of moving is that shifting doesn’t provoke OAs. This is indirectly improving your defender’s area control, and because it is an opportunity attack, this hooks into a fighter’s Combat Superiority feature.

Wolf Pack Tactics is another fairly normal attack, but also allows one ally to shift 1 square. Repositioning your allies is a huge part of the warlord’s approach to the leader role – the same was true of the marshal and other predecessors, but here it is as an at-will.

Martial Power adds Brash Assault and Opening Shove. Brash Assault is an attack that deliberately leaves you open to counterattack, but if an enemy takes you up on that opening, they are also subject to an attack from one of your allies. This is very much about feeding your team’s defender more chances to make basic attacks. Alternately, it’s a good way to feed your rogue an attack with combat advantage on that target.

Opening Shove deals no damage, but pushes the enemy 1 square and gives one of your allies an opportunity to move or attack that target. Except that it has to roll to hit, it’s doing something similar to Commander’s Strike.

Martial Power II adds four more at-wills, for the obvious reason that none of the at-wills of earlier books support ranged attacks. Direct the Strike is Commander’s Strike for the ranged set – both the warlord and the character making the attack are at range. No bonus to damage.

Intuitive Strike is for when your team is ready to structure a whole turn around it. Everyone who has combat advantage on the target gains a bonus larger than +2 to hit it until the start of your next turn; you could easily be getting to +5 or +6 for the whole team. Your attack that starts all of this off deals a bit less damage (you don’t add your Str bonus to damage), so it’s not an all-the-time kind of deal unless your team is overloaded with ways to generate combat advantage.

Paint the Bull’s-Eye is a ranged attack that gives all of your allies a damage bonus equal to your Int or Wis modifier. As long as you’re shooting what everyone else is about to shoot, this is a good regular option.

Risky Shot is a ranged attack that tacks on a bit of extra damage in exchange for you granting combat advantage. As long as you’re well-protected by allies, it’s free damage for your at-will! You may want to use your move action to take cover afterward, though.

I’m not digging through all of the 4e Dragon Magazine issues for more warlord powers or builds. Their encounter, daily, and utility powers emphasize movement and bonuses to attack and damage. The direct healing is less emphasized than in the cleric, but ending the fight faster and avoiding bad positioning is damage you avoid entirely. The names and flavor text of warlord powers gets painfully repetitive even within the PH, to say nothing of the additional books. This is a universal problem for the martial power source. It’s worth noting that of all the Bo9S styles, the White Raven is I think the only one to show up in 4e in any form, as it gets a few nods in warlord power names and a Martial Power II paragon path.

In my own games, I saw several warlords in one-shot sessions, and one that played from 4th level to 10th level. Its powers are incredibly satisfying puzzle pieces in combat, giving players opportunities at explosively powerful rounds. I would go so far as to say that a well-played defender and a well-played warlord are the ideal tools to show how satisfying a 4e combat can be, with the rest of the party reaping what they sow. For reasons I could only begin to guess (probably based on data?), there is no warlord in 4e Essentials, only the Skald bard. There’s a Marshal build for the warlord that reframes the original Tactical and Inspiring warlords in Essentials trade dress and rules language, and that seems to be all.

4e is my gold standard for what warlord-like classes can be. I haven’t read the 13th Age commander yet, so I could still have my mind blown. 13A naturally emphasizes the active-powers-with-side-effects structure, as opposed to the aura of effects that we see in the marshal or various crypto-bard classes.