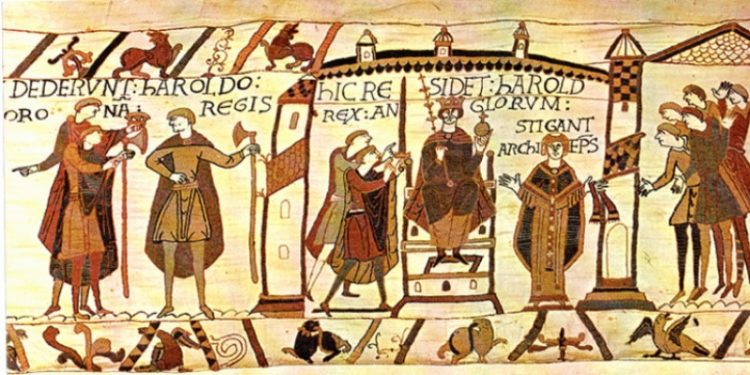 Last week, I requisitioned more warlord variants from the general region of 3.x, to pair with Green Ronin Publishing’s The Black Company setting book. Because I still haven’t found my copy of The Wheel of Time Roleplaying Game, and not a lot of drive to go all the way outside of medieval fantasy adventure into pre-/post-/quasi-medieval laser fantasy adventure for Star Wars content. I’m doing The Black Company and Pathfinder’s skald class today.

If you’ve been reading my articles here on Tribality for any length of time, you may recall that I am a long-time fan of Glen Cook’s crushingly bleak series. There aren’t many things that I like that are so manifestly not for everyone as this is. The main characters are the scumbag mercenaries of the Black Company, the last of the Free Companies of Khatovar. Because it’s what they do for a living, the Company is almost always involved in one war or another over the course of the ten-book series.

In Green Ronin’s book, Robert J. Schwalb (he’s going to come up a lot in this series) and Owen K.C. Stephens offer a 3.5e variant that emphasizes relentless, brutal violence and very low magic – at least in PC hands. Where the rules differ from 3.5, I’ll try to explain. The most warlord-like options here are the Officer background, the noble class, and the Topkick prestige class.

Backgrounds largely replace ancestry mechanics in The Black Company, since all of the characters are human. At the same time, their format is recognizably similar to 5e’s backgrounds, except for the absence of personality features. They grant 4 skill points that must be spent on a limited list, plus 1 skill point per level thereafter that goes to those skills. In a very 5e-friendly move, they’re always class skills for you. In the general 3.x meta where it’s hard to add new class skills without multiclassing, this is surprising and potent. Backgrounds further grant a bonus feat (choose one of two), a trait (very much like 5e’s background traits), and a favored class (in the same sense that 3.x races have favored classes for multiclassing).

The Officer’s skills are Command, Diplomacy, Intimidate, and Ride, which sound about right to me. Iron Will and Skill Focus (Command) are their feat options – fine, I guess? Cranking your Command skill as high as possible is a big deal in some areas of the game, so I’d almost certainly go with that one. The background trait lets you roll a Command check in place of an attached unit’s morale check. Reasonable and on-point. Fighter as favored class makes sense – noble may be the more warlord-y class, but I don’t blame them for not choosing it for Officer.

There are, as it happens, no shortage of classes named “noble” in 3.x, especially in setting books. They tend to have a mighty lot in common with non-spellcasting bards (spoiler: still a common design motif in 5e), and this one is no exception. Eight of their class features start with the word “inspire.” The class concept here is “an aristocrat that does their job” – a comparison that the text calls out explicitly.

Overall, the noble is what’s on offer as a warlord class, though you can also go a good long way with a fighter that just buys all the Command feats. Much like the marshal, it’s heavily based on passive features; unlike the marshal, it takes full-round actions to get those passives rolling. You’re going to spend most of your time declaring your inspiration, and that’s it for your turn. I have little love for it as a gameplay loop. In fairness, if you’re a player who wants to engage as little as possible in combat scenes and have most of your fun in intrigues or negotiation scenes, then the noble is for you!

Since I don’t know much military terminology, I had to get from context that this is a sergeant, particularly a first sergeant. I appreciate that this prestige class is easy to qualify for – the Soldier background easily covers the skills, +5 BAB isn’t too demanding, and Improved Initiative is an inoffensive feat to have to buy in this game. (Striking first matters more here than in standard D&D.) The Topkick is a 10-level prestige class that grants:

The Topkick, then, strongly emphasizes passive bonuses to every scale of combat. Because it’s The Black Company and healing is unbelievably hard here, it’s a lot less surprising that this warlord has no healing features, though I’ll say that some temporary hit points wouldn’t have been out of place as a way to improve team survivability. Only at the highest levels do they get the more active features that are the core of 4e warlord play, and of Robert J. Schwalb’s warlord class.

That’s all I’m covering in this book – the other military-focused content is so much about company- and army-scale play that I think it’s off-topic for the character-scale warlords that we’re primarily concerning ourselves with. One of these days I’ll cover mass-combat rules in tabletop roleplaying games, and I’ll come back to this book for one heck of a deep dive.

Alert reader Case Aiken pointed me toward Pathfinder’s skald class, which is an intersection of barbarian and bard. It’s a concept that comes up fairly regularly in fantasy gaming. What can I say, everyone loves spear-Danes in days of yore, including the Beowulf poet. What’s not to like about the glory of those aethelings (princes), who performed courageous deeds? After all, fate oft spares an undoomed lord while his courage prevails!

Editor’s Note: We have informed Brandes that no one gives a flying fuck about how he spent a semester on Beowulf in college. Not a single solitary fuck. He has been severely disciplined.

It’s a thrash-metal bard. Maybe the featured image for this article should just be a black and white album cover of five white dudes standing around in a forest. It’s a perfectly playable warlord concept, though it’s more like the company drummer or standard-bearer than a commander, just because the music aspect isn’t what most people are looking for in their warlords. This concept fits very well indeed with the College of Valor bard; it could also be a new barbarian subclass concept. I don’t think we have any war-shout barbarian subclasses right now?

The great thing about the skald as a perspective on a warlord is that it supports areas of gameplay that aren’t just combat. No one has trouble remembering to make bards and bard-adjacent classes interesting outside of combat, and the same for nobles. Classes called “marshal” and “warlord” tend to be marginally better in the combat pillar, but outright MIA in social and exploration pillars.

Of all the content I’ve covered here, what most interests me is seeing what Stephens and Schwalb were doing with warlord, leader, and support concepts all the way back in 2004 – just a year after WotC’s marshal class and the 3.5 revision of the bard. Looking at all the work that was going on in these years, it starts to look inevitable that 4e would have a marshal or warlord as one of its core classes.