Duels that are Fun for Everyone at the Table 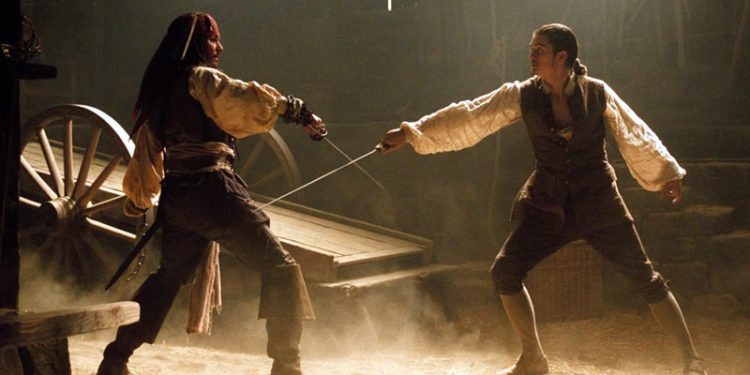 Duels are arranged combat between two people, usually with matched weapons, in accordance with agreed-upon rules. The gauntlet has been thrown and now it is time to run single combat (or a duel) in your game. Throughout our history and fiction, duels standout as scenes full of tension and action. How can you provide that excitement and avoid creating a long drawn-out combat scene while the rest of the table waits? Here are some thoughts and ideas I hope will be helpful.

Reasons for a Duel

Running a duel is an investment in time for the entire table. There are many reasons for a duel scenario that GMs and players can come up with. Duels aren’t always formal and scheduled and can even pop-up suddenly up in your game session for numerous reasons. Here are some potential starters to make sure the duel has a reason to occur and an outcome that matters.

Defending Honor. Many duels happen simply due to the need for someone to defend their honor within an honor code. These types of duels were mostly fought to gain “satisfaction” and restore one’s honor rather than aiming to kill the opponent. You’ll need to have an honor code for someone to defend, which could be created by you or your player. Instead of sending a misbehaving player to jail, have them find out that they broke an honor code and that they are now expected to participate in a duel. This type of duel will usually have rules and may even be scheduled. You could allow for the possibility to avoid the duel with an apologize or other remedy. While avodin

Final Showdown. After losing loved ones and chasing an adversary for years, the PC finally has her chance for revenge. As the party of adventurers closes in on their companions enemy, she yells “Stay back, he is mine! I will face him alone.” It always a good idea to set this type of scene in a dangerous setting like a rooftop, bridge, burning building, or cliff beside a waterfall. These types of settings are exciting and can provide an escape for a villain too if they die off-screen.

Compelled Duel. A PC or NPC could be compelled into a duel from the effects of a magic spell such as the spell Compelled Duel (p.224 Player’s Handbook). Why was this spell cast and by whom?

Trial by Combat. The party is in trouble again! They’ve been arrested and will be standing for trial for crimes they committed (or even better didn’t). Trial by combat (or a judicial duel) was actually used in our world to settle charges where there was little evidence and to settle bitter disputes. An NPC or less martial member of the party could be standing trial and the best duelist in the party could be appointed to complete the combat trial. You could even have all of the party fight for their freedom one by one or as a group.

Prize Fight or Contest. Whether you are running a simple sideshow where a brute challenges passers-by or the main event of in an arena, the key here is that by winning the duel, the PC gets a valuable prize. If you want to keep the fight non-lethal you could use only unarmed strikes or blunted blades. Really anything can be a duel from a bare-knuckle boxing match to a jousting match.

Performance Duel. The rival of the party’s bard has sent out a challenge to see who really is the best singer/dancer/musician/beat poet. While things could get serious and turn to combat, start out with some performance checks and look to see who can get the crowd going the most. There should be lots of opportunities to get the entire party involved here.

Training Trials. Lower level PCs often left some type of order of warriors, monks or wizards to wander around the world. A duel could provide an interesting scene to challenge a player and provide them with a chance to finally graduate or be admitted to the order. For D&D 5e, this could be an exciting way to test a PC as they choose their archetype in the early levels. This could also be something you run in a short session with just one player.

Avoiding a War. In our legends and history there are stories of two armies meeting on opposite sides of a battlefield, calling for single combat to avoid bloodshed. While the historical record might be a little spotty on how often this actually happened, this is no reason to avoid it in your game. By having a champion from each army fight to determine the outcome of the battle, everyone else could go home without a scratch. Single combat can also be an excellent way to handle mass combat, where each of the PCs is involved in some epic showdown, while chaos surrounds them creating the odd hazard or stray attack. The surrounding warriors might even circle the two champions to watch as a single fight determines the outcome of the entire battle. 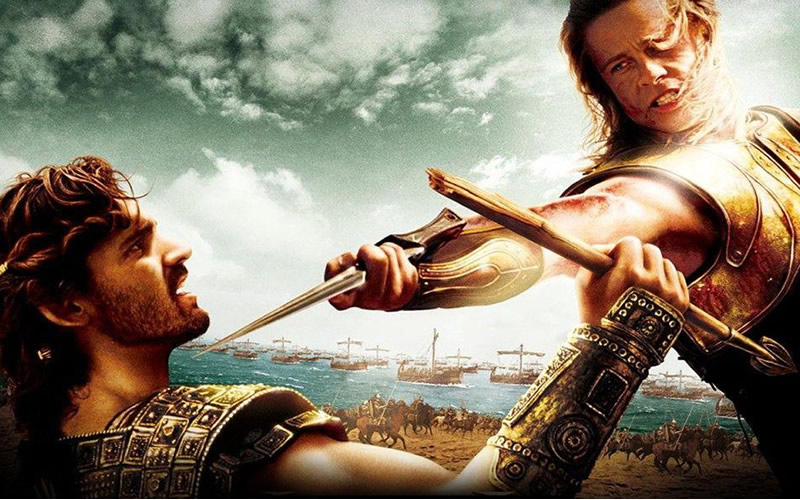 Whether its an impromptu fight demanded during a heated argument or one scheduled for dawn, formal duels need rules. I’m not talking about mechanical rules, but actual rules of engagement from your game world, sometime referred to as a Code Duello. There are countless rules you could come up with and here are some quick rules ideas:

Regardless of what the rules actually are, what is important is how well known are the rules, are they written down somewhere, and do the players have a chance to figure them out before blades start swinging. Rules are meant to be broken, but what are the impacts of breaking the rules in a duel?

Let’s look at an example from my Seas of Vodari campaign, a swashbuckling world full similar to our own 17th century with more magic. Arushi is an island nation with great inequality between nobles and commoners. The nobles train with rapiers and settle social conflicts in duels intended to clearly determine who has is better with the blade versus killing.

Duels are completely legal in the island nation of Arushi. The rules of engagement are relatively simple and are as follows:

In this example, only one actual game mechanic is hinted at with ‘ bleeds, surrenders, or is otherwise prevented from continuing’. The rest of the text all pertains to how the participants (and their allies) conduct themselves, rules of engagement, and how to determine a winner. When worldbuilding, it is always a good idea to set-up the legal system for each nation, city or wherever. Like in our world, countries can have very different legal codes. Try to decide how each place if your world would handle dueling, magic casting, openly fighting in the streets, and other shenanigans. Are weapons allowed or is unarmed combat preferred? In Arushi, requiring daylight and witnesses prevents duels being used as excuses for murder by nobles and starting all out war between noble families.

Players and monsters tend to quickly turn into large bags of hit points. The need to reduce an opponent to zero hit points is both time-consuming and nonessential to determine a winner in a duel. When creating your own in-world rules for winning a duel, consider the following game mechanics to determine a winner.

The first participant to successfully hit three attack rolls against their opponent is the winner. Any touch could also be the last if the hit is enough to bring the opponent to 0 hit points. This method helps to quickly determine a winner, but as soon as characters start to get multiple attacks duels will be very short. Also, this method could become very unsatisfying if the first few rounds are one-sided. The three touches method also works if you want a non-lethal duel with blunted blades such as in a contest or trial.

The first participant to reduce their opponent to half of their max hit points wins. ‘To the blood’ refers to the bloodied condition from 4th edition.

The first participant to fall unconscious loses. This method could work well at lower levels but could take a significant amount of time at higher levels, even with all of the extra attacks due to damage reduction, self-healing, and resistances. If the duel is to the death, it might be a good idea to have a some kind of medical professional on the scene.

There are countless other ways to decide victories such as pushing an opponent out of the ring or knocking an opponent off a plank or log. These provide a victory condition without requiring the participants to wear down hit point pools, but coming up with a challenge/contest to roll for is harder to run than straight up combat. 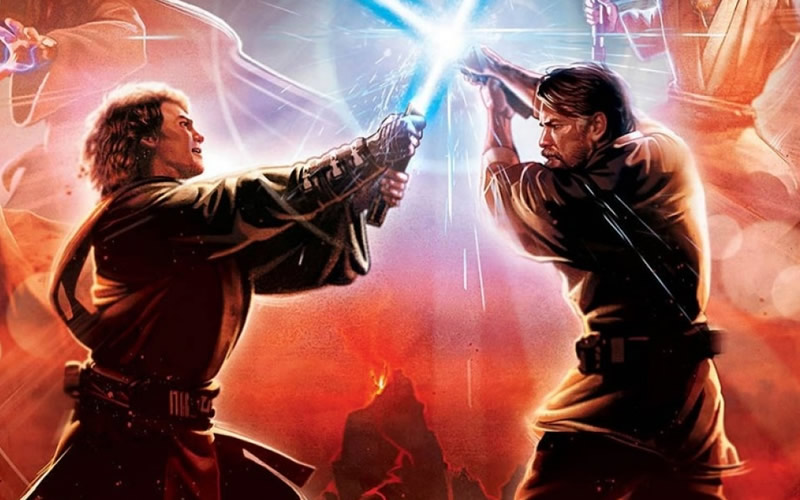 Try establishing an interesting and dramatic location for your duel.

To run a duel, you don’t need a new and complex set of rules. For example, D&D 5e already has everything we need to run combat with initiative, attack rolls, saving throws, and advantage/disadvantage. Here is a simple framework for running a duel in the nation of Arushi (see rules above) for D&D 5e.

A duel can be a time for GMs to taunt a PC with quips that dig deep and hopefully help reinforce how much their character hates your NPC villain. You can also use banter between attacks to reveal plot details such as who the real murderer was or the evil plan their PC will never be able to stop once they are dead.

Unlike the distracting chaos of regular combat, a duel requires focusing on only one opponent, which could make scoring a hit considerably more difficult. If you want a slightly more complicated system for running your duel, you could have the participants fight to wear their opponent down and gain the upper hand.

Just because there is a duel going on doesn’t mean the other players can’t be busy in the lead-up and during the duel. A duel doesn’t have to be a time for the other players to quietly behave while one player takes the spotlight. Let the party run wild and you’ll be sure to run a session they will all remember. Here are some ideas on providing ways to keep the rest of the party busy too.

Next week I’ll be looking at running a wizard duel. Let us know what you think of duels and if you have run any in your game.