5 Homebrew Rules for your game 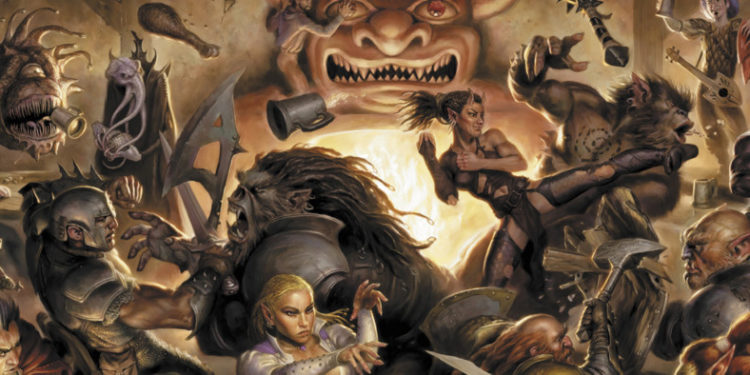 Session Zero for your new campaign is happening this week. You want your game to play differently, but aren’t sure how to do so. Why not try some homebrew rules?

The following list is a group of rules I’ve been collecting from the internet or creating myself. I’m very fond of most of them and really hope you end up liking and implementing at least one of them to your future game.

IMPORTANT: Don’t implement a homebrew rule if you have already been playing for a while in some way and your players don’t really want to change it.

This is a rule I created myself in order to make the game more chaotic and make the players want to create more swashbuckling situations. Havoc points work in a similar way Inspiration does. I never really did like the Inspiration mechanic that much (and may do an article about that in the future), so I decided to replace it with these Havoc Points. Havoc Points are earned by doing crazy things that will surely create great fun and chaos for everyone. For example, by entering through a window using a rope like a pendulum, dropping a candelabra while being on top of it, or making a battle carry over to the top of one of Eberron’s trains (the lightning rails).

When starting an encounter of this sort, or improving it in some way (setting the great tree everyone is fighting in on fire, for example), you give the point to the one who started it. This grants the possibility to add a +2 to ONE of YOUR Saving Throws, Ability checks, or Attack rolls while this encounter keeps taking place. This means you can’t save the Havoc Point for a future chaotic encounter. Last but definitely not least, every character can only earn one Havoc Point per encounter of this sort (if a chaotic situation happens while another one is taking place, that player can’t earn another Havoc Point, not even after using the one you had).

Design notes: This homebrew rule was greatly inspired by swashbuckling movies and adventures, such as The Three Musketeers, Pirates of the Caribbean and The Mask of Zorro. This mechanic makes the players want to start more chaotic encounters or situations, as their chance of success greatly increases with a +2 by their side, while not being game-breaking. This kinds of scenarios, in my opinion, lead to more memorable moments and great fun. You being the DM try to be generous while giving these away, but not too generous as to give them away for petty things that make the other players’ decisions feel like they put themselves at too much of a risk for one, nor when the players didn’t intend on earning one. By making players only have one use of these points, and making their use time-limited, every player will want to interact during the encounter and create more havoc in some way.

Be extra cautious with this as some players may think that going against their party’ plans can lead them to start one of these encounters and earn points. Make sure to tell everyone that that kind of scenario won’t be awarded, and Havoc Points can only be earned if everyone in the party wants one of this moments to start.

This house rule is one I found on the internet that I ended up loving, mostly because of how stupid it is. Every time a player rolls a natural 20, that person has the chance to drop a one-liner (the cringier the better). If they do, the enemy suffers 1d4 psychical damage. You can make this work for monsters too, dealing the damage to your players (it would be weird, but you can’t deny it could create a hilarious moment). I encountered this a long time ago in a Reddit comment, so props to that guy for the idea!

Campfire chats, or at least making you players chat during downtime, can lead to excellent roleplaying moments, while also making the players know their party members better, or even their own characters. This homebrew rule, which can also found on the internet, is very popular and can be seen here in full detail. It consists of the DM shuffling a deck of cards during downtime and giving one to each player, or at least one of them. The player/s must show his/her card and depending on the card’s symbol, tell a story its character lived in the past:

This rule may not work for all groups and some may find it uncomfortable as it involves a lot of roleplaying and improvisation. Try it once or twice if you want, and if they still don’t like it throw it away. Others may start fully understanding how to make this work and get extra involved with your characters. At the end of the day, it takes you as a DM to know your group and realize if they are going to like this rule or not. 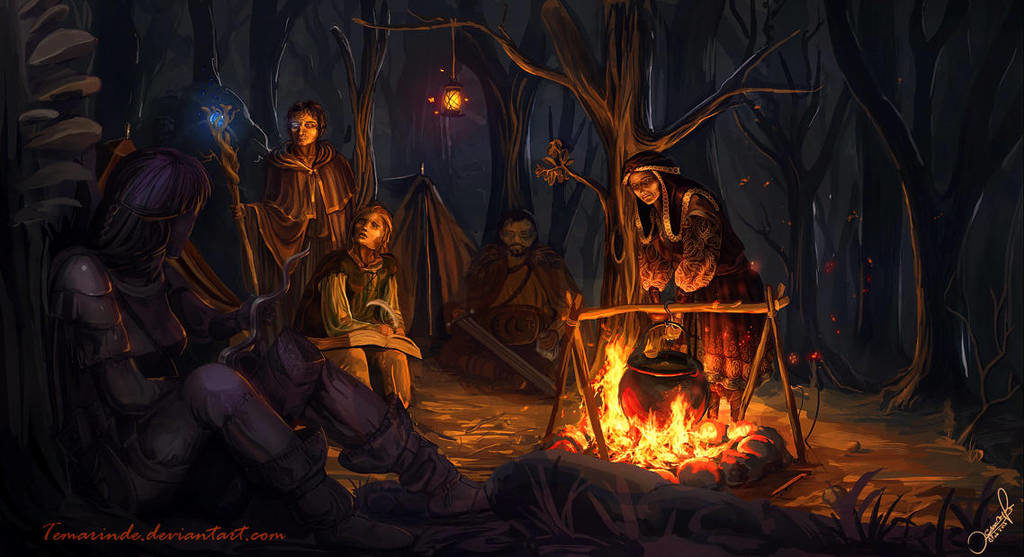 Make players know each other from the start

I don’t know if it’s all players that want to have a backstory not connected to any other party character or if it’s just my groups. When every single one wants to start a new campaign with a character like this, making them join as a party seems way too forced, but it’s the route we always end up having in order to properly play D&D. Now, to make them want to start together I decided to implement a very simple house rule: Those who start with a connected backstory, or are related in some way start with an extra 2d4 x 10 gp.

Design note: There’s not much to speak about here. Just like awarding some few XP to those who do something cool during game, making them have an incentive to start with a premade connection can result in better roleplaying moments in-game, as well as shared objectives. This makes the DM’s job easier by not having to connect as many characters backstory with the missions to happen. If you are starting a campaign at a higher level (this is made for lvl 1-3 characters), feel free to adjust the amount of gold to one that would make more sense.

Another house rule found in Reddit I really did like. I do love the encumbrance variant rule provided by the DMG, but I find it very difficult for everyone to keep track of how much what they are carrying weights. This commenter found an excellent way to simplify the weight part and reduce the amount of difficulty it takes to sum them all. Give all items a number of points its weight is valued in. Every character can carry a number of points equal to their Strength score. Are they to pass this limit, they can carry an extra of 1/2 their Strength score rounded up, but gain the Encumbered condition.

This homebrew rule works extremely well with the kind of campaign that is all about survival and having to think what you really need to carry.

I wanted to give a shoutout to Dael and her Youtube channel for showing me some of these homebrew rules. I personally believe that Wizards of the Coast did an excellent job with their ruling system, but adding or changing some things in order to better adapt the rules to your style of campaign is something I think more people could do. What do you think about this? Did you like the rules I am showing? Or do you think they need some improving? Let me know in the comments!

Sail the Seas with Ghosts of Saltmarsh ...