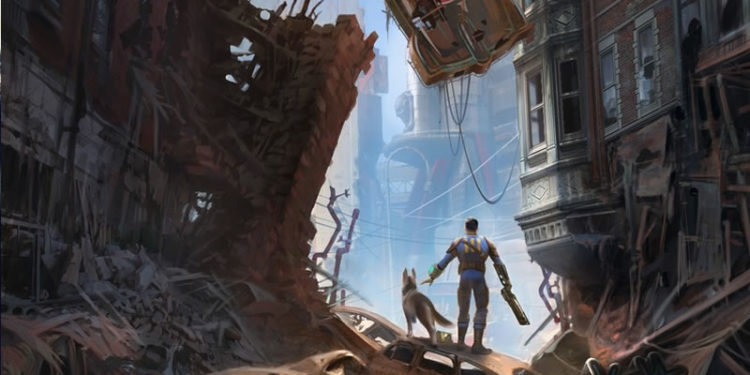 For any fans of Fallout, this press release just came in. I think the artwork looks awesome and it could be fun to run games in a post–apocalyptic and retro-futuristic setting with some dark humor thrown in here and there.

The Fallout: Wasteland Warfare miniatures game has already proved a smash hit with fans of the hobby and Fallout franchise. Released in August it features a huge range of highly detailed 32mm scale resin miniatures plus rules for narrative wargaming in the wasteland with co-op, vs and solo modes of play.

Fallout: Wasteland Warfare game designer James Sheahan is developing a roleplaying game expansion for the miniatures game which will include new rules for character creation, creating adventures in the wasteland, and more.

The Fallout: Wasteland Warfare roleplaying game will be available Summer 2019, with the 2d20 System version following in 2020.

For more information and to sign up for more news, visit: www.modiphius.com/fallout-roleplaying 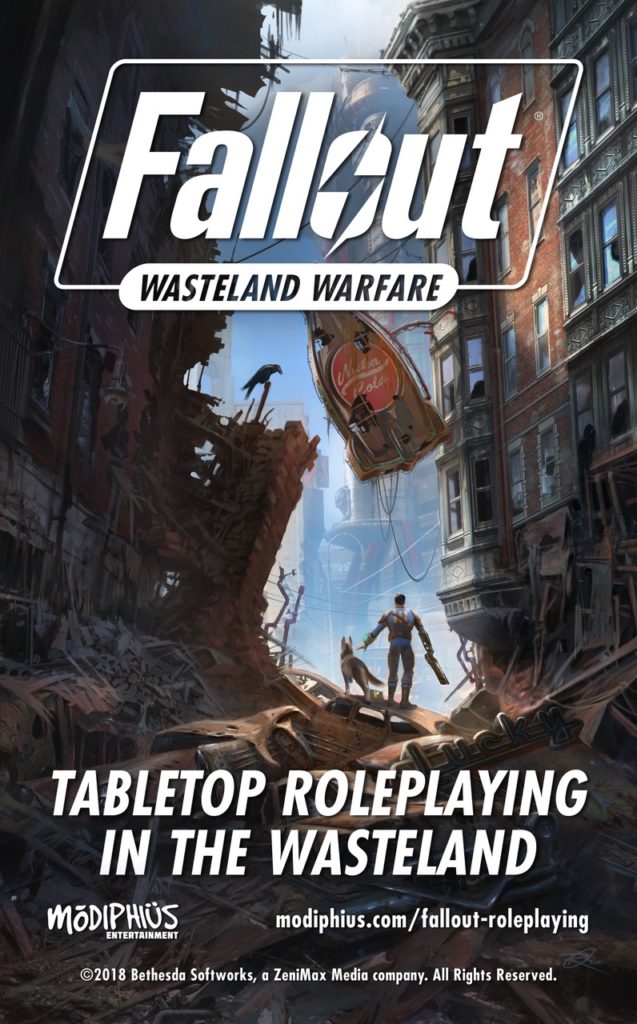 MORE INFORMATION ON THE FIRST RELEASE:

Designed for 1 Gamemaster and up to 6 players, aged 14 and up.

Build your crew from a wide range of factions, allies and iconic characters from the Fallout series, or even create your own, and play in apocalyptic roleplaying adventures across the wasteland.

The Roleplaying Game Expansion will let players take the popular narrative experience of the Fallout: Wasteland Warfare miniatures game even further, by expanding their collection. Alternatively, it can be played as a standalone product using free downloadable cards and a set of the Fallout: Wasteland Warfare dice available from all good gaming stores.

Players explore the desolate wasteland of the Fallout universe, fight terrifying mutated creatures and encounter the denizens who make the wasteland their home. Delve into abandoned Vaults, ruined cities, strange facilities, and antiquated military bases. Encounter Super Mutants, Raiders, Survivors, Vault Dwellers, the Brotherhood of Steel, the Institute and the Enclave, and many more! Will you roam wide and far, or build up and protect your settlement? For those who want to create their own unique characters, use the faction based Archetype cards to start your own hero and see them grow from adventure to adventure.

Every copy of the Fallout: Wasteland Warfare Roleplaying Game will come with a code to get you a set of free downloadable files:

This is designed as an expansion for the Fallout: Wasteland Warfare Two Player Starter Box however a complete stand-alone boxed set will be available for Christmas including cards, dice, and rulebook for those who prefer everything in one package!

Bethesda Softworks, part of the ZeniMax Media Inc. family of companies, is a worldwide publisher of interactive entertainment software. Titles featured under the Bethesda label include such blockbuster franchises as The Elder Scrolls®, Fallout®, DOOM®, QUAKE®, Wolfenstein®, Dishonored®, The Evil Within™, Prey® and RAGE®. For more information on Bethesda Softworks’ products, visit www.bethsoft.com.