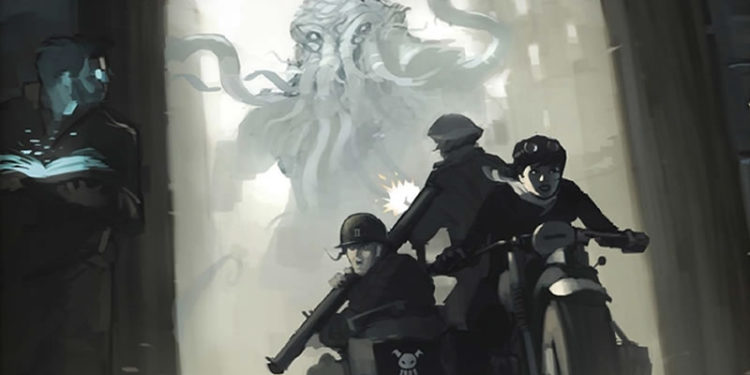 This press release for new stuff for Achtung! Cthulhu just came in from Modiphius. Achtung! Cthulhu started life as in a massive Kickstarter to fund a roleplaying setting for the Call of Cthulhu and Savage World games.

In the Achtung! Cthulhu universe, a band of Allied heroes fight the Secret War against the Nazi Black Sun and their rivals Nachtwolfe. Powered with ancient secrets and terrible Mythos allies, Black Sun and Nachtwolfe are on the verge of unleashing terrible weapons upon the Allied forces. You’ll be able to follow their exploits through the roleplaying games, boardgames, graphic novels, audio adventures, wargames, card games and much more.

MARCH 11, 2019 – Modiphius is pleased to announce the release of Achtung! Cthulhu Keeper’s and Investigator’s Guides for Call of Cthulhu 7th edition, which are joined by a first short adventure Under the Gun also for 7th Edition. 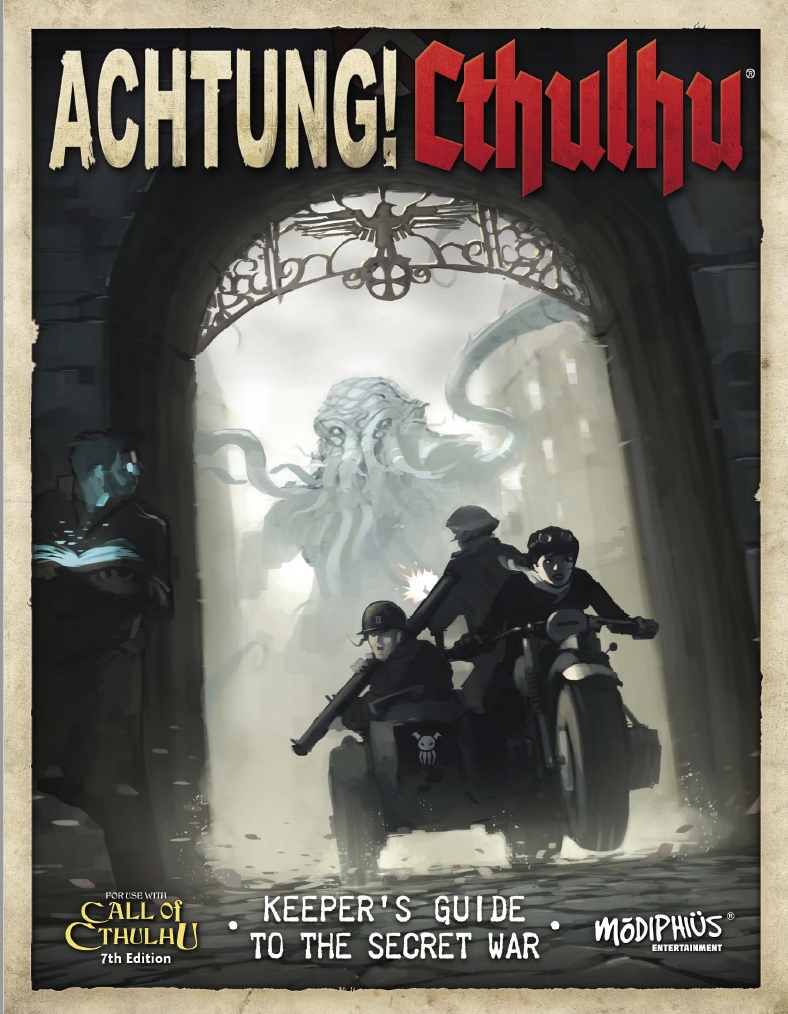 This is the Keeper’s Guide with everything GMs and Keepers need for late 30s and 40s wartime adventure!

Discover the secret history of World War Two: stories of amazing heroism, in which stalwart men and women struggle to overthrow a nightmare alliance of steel and the occult; of frightening inhuman conspiracies from the depths of time; of the unbelievable war machines which are the product of Nazi engineering genius and how close we all are to a slithering end!

The Secret War has begun!
The Keeper’s Guide to the Secret War is a full-blown tome of dark knowledge, including:

In fact there’s a whole shoggoth’s worth of Cthulhu villainy, enough for any Keeper to have his investigators dead, insane or running for their lives in no time!

The Keeper’s Guide to the Secret War is the essential Achtung! Cthulhu wartime reference for any Keeper or fan of the Cthulhu Mythos. 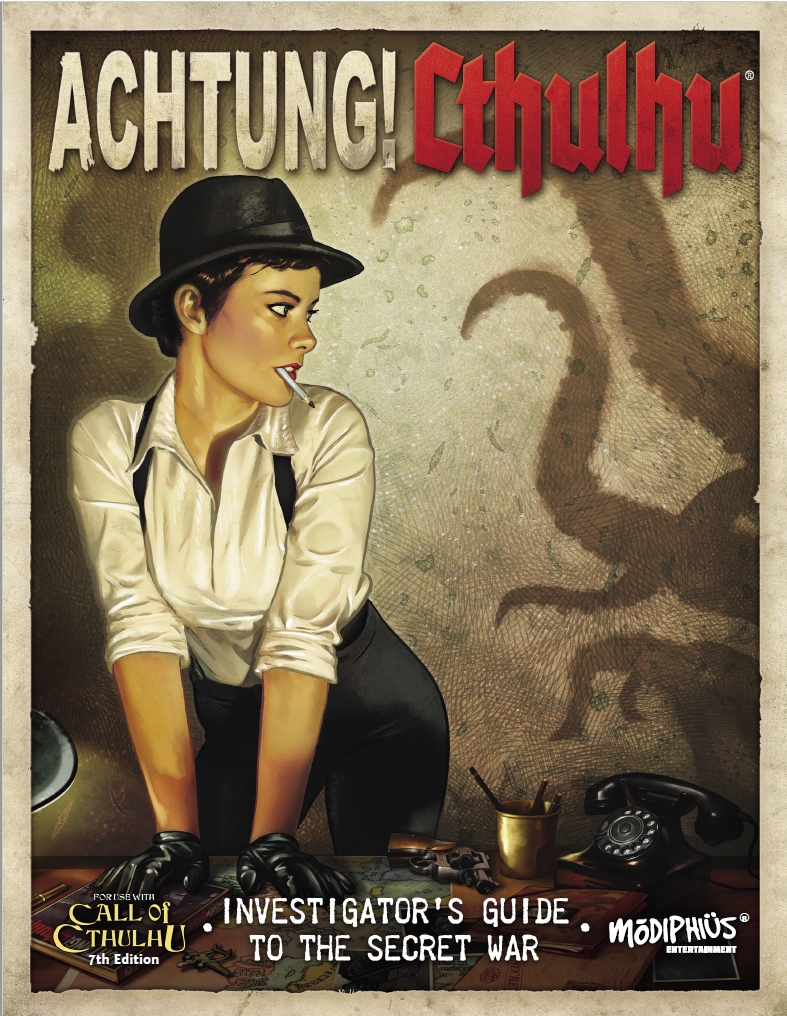 Inside you’ll find a whole kit-bag stuffed with: 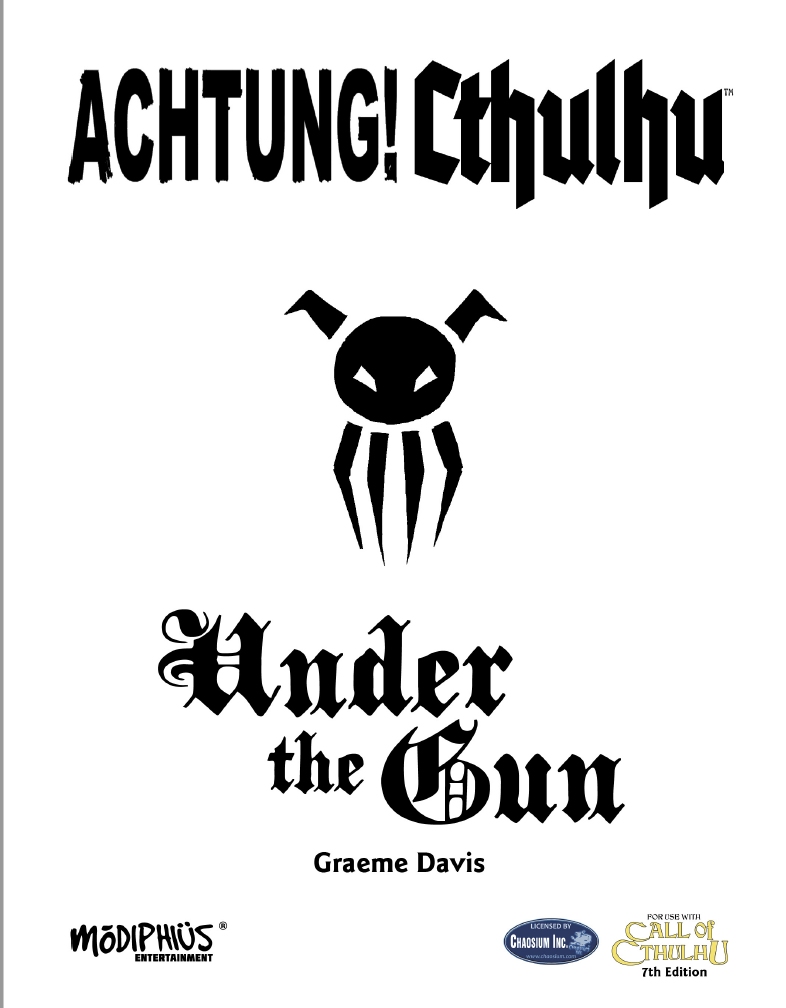 Under the Gun (7th Edition)

Dover, June 1940. German forces are barely 20 miles away across the English Channel. Artillery is rushed to the Dover area; shelters and bunkers are dug into the famous White Cliffs and beneath the town, a strange discovery is made.
Buried within the cliffs of 100-million-year old chalk lie the remains of a building. The landing-ground for Romans, Saxons, Normans, and countless other invaders throughout history, the Kent coast is no stranger to antiquities An archaeologist is dispatched from Cambridge University to evaluate the find.
But this is a building like no other and it contains a deeper mystery, whose truth is better concealed from an already nervous British public. Section M dispatches four bold operatives to investigate, but can they uncover the truth underlying this ancient site and will they survive the dramatic conclusion to a shadowy drama which is played out Under the Gun?

Encounters for Pirate and Coastal cities