Other Considerations for Courtroom Drama 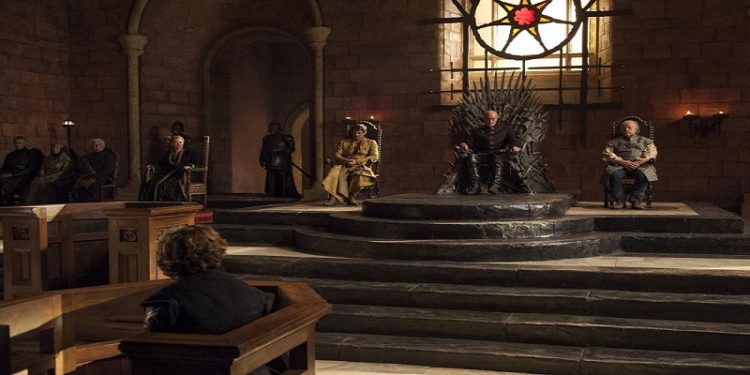 There are a wide variety of considerations when planning a courtroom drama for your game, being that it is in a fantasy setting. Some of these are obvious, but others not so much. These include race, taboos, and laws, the court system and precedent, lawyering, jurisdiction, and tests of innocence.

In a fantasy setting’s court of law, the considerations as to the plaintiff’s and the defendant’s race are factors worth noting because of how they typically interact with one another. Even among generally peaceable races, their relationships may not always have been quite so cordial. How would an Orc do in an Elven courtroom? How about a gnome in a dwarven one? Can one fantasy race fairly judge the actions of another? If so, what would that justice look like? Another consideration when it comes to race is how the court would be set up (but more about this later).

Taboos are implicit prohibitions against behavior(s) that a specific culture feels is excessively repulsive or, perhaps, too sacred for ordinary people. The punishment for breaking taboos can be as simple as shunning the person in question, making them an outcast, or, in some more severe cases, the death of the person/people breaking the taboo. The good thing about taboos is that, for the most part, the punishments for breaking them are adjustable due to the person in question, their knowledge level, and the offended.

Laws, on the other hand, are more explicit, formulaic. Lawmakers develop laws to provide society with a method of judging what’s right and wrong in a given circumstance, as well as appropriate punishments for breaking them. The problem with this explicitness is that, for the most part, it can’t separate the person who’s committing the crime and the reasons for the crime to be committed.

When examining a court case, even in a fantasy setting, the court system is another thing to take into consideration. In real life, the courts can often become backlogged with cases. Cases can face continuances for any number of reasons – including such things as the hiring of a new lawyer and having improper time to become familiarized with the case. One (or the other) party may not show up. There are witnesses, testimony, cross-examination, and evidence brought for a case – and dismissed. Add to the mix other characters such a the bailiff, the court stenographer (in modern times), the jury (if used), and random people in the courtroom for other cases that set for hearing that day, as well as the judge’s personality. Though in a fantasy setting you might have an “animated object” that is told to write down everything. In all these things, if one is to wish to portray courtroom at least somewhat accurately, there is a rhythm, a procedure to all these things.

Then there is the interplay between lawyers, witness, and judge. There are the considerations of what’s allowed (or not) such as badgering a witness, asking leading questions and asking argumentive questions, as well as objections. While it’s in the best interest of the lawyer to represent his client to the best of his ability, it’s also important to note that they are not allowed to directly lie to the judge or incite their clients to do so, as doing so can be reasons for disbarment.

Precedent, according to Wikipedia are principles or previously established rulings in a previous legal case that is either binding on or persuasive for a court when deciding subsequent cases with similar issues or facts. When setting up the court case for your game, you might want to think about what other types of cases of a similar nature had preceded it and what the outcomes of those cases were, as well as what differences there were.

In a fantasy setting what types of magic might come into play for a court case? This article talks about the spell “speak with dead,” but some other notable examples may be relevant

In a fantasy setting, one has to determine what types of lawyers there are. Would lawyers be specializing in defense of magical crimes? Would major cities need to have their prosecuting attorneys know magic or have access to specialists who do? Furthermore, would their evidence areas (and lockups) need to have magical barriers to prevent those with minor magical abilities from tampering with evidence or escaping prison?

According to this website, Jurisdiction looks at whether or not a court has the power or authority to hear a case. This concept is important because if a court does not have both subject matter and personal jurisdiction, any judgments it makes are not binding. In real life, a civil court case, a local, state, and federal court case may all look very different due to the differences in what’s allowed, as well as the penalties that each may enact. In a fantasy setting, one has to wonder with multiple races, diverse deities, and countries one might have difficulty determining who has jurisdiction over a specific incident. Furthermore, when those who practice magic become a law unto themselves, are there special magic-only jurisdictions or tribunals that magic users must answer to for the misuse of magic? 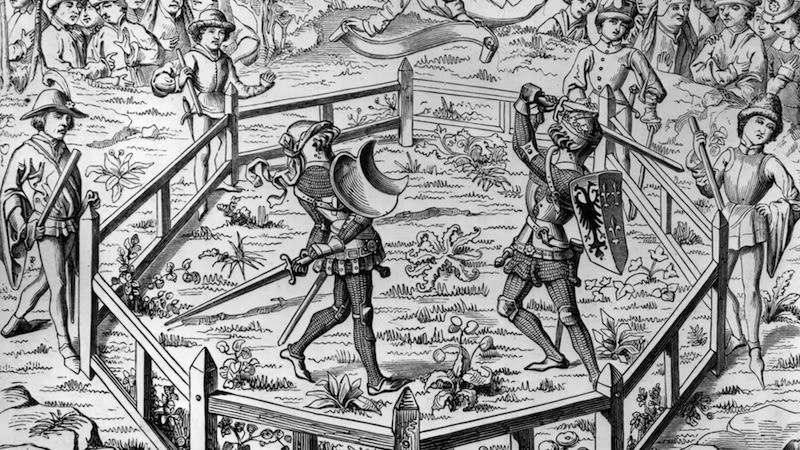 Note: these tests of innocence/ordeals were actually practiced during medieval times and were very much influenced by the Catholic church, which was integrated into life and society during that time.

I hope these ideas have given you something to think about for your next courtroom drama.