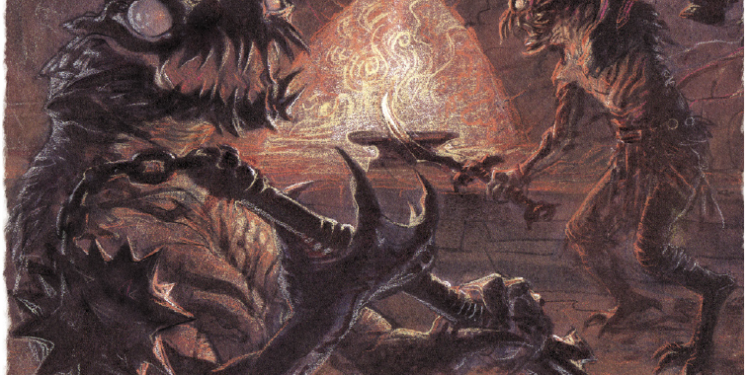 Third and final trip into the shrines of deities from the Greyhawk pantheon.

These shrines are designed to be slotted into a region and visited during a game as a side trek or as part of a larger issue. They should fit into Greyhawk games regardless of time period.

Altar Description : Three foot emerald carving of a Satyr playing a harp. You can hear music which grows louder the longer you stay here.

Geographic Challenges : Brambles are everywhere, but seem to retreat at night.

Inhabited By : Gnome Bards. Party all night, sleep all day.

Watched By : Ehlonna Rangers-Allies. Day time guardians of their friends the Gnomes.

Blaspheme the shrine : Deafened for D8 days if they fail a DC 16 Constitution/Fortitude save.

Nearby Quest using From The Ashes boxed set : Tamara belongs to me (any)

Notable aware of the shrine – Lady Rhalta of all elvenkind.

Altar Description : Opal carved in the shape of a human skull, with five magical symbols etched into the forehead.

Inhabited By : Human Clerics/Sorcerers. Interested in anything magical including lore and potential quest sites.

Watched By : Dopplegangers. These critters escaped the portals long ago and seek to return.

Pay respect to the shrine : Vision of powerful items location.

Blaspheme the shrine : Drained of all spell slots if you fail a DC 16 Will/Wisdom save.

Notable aware of the shrine – Alhamazad the Wise of Zeif, Circle of Eight.

Altar Description : Purple vines weaved into the shape of a centaur, but the top-front half is a hag. The vines have the scent of dank water.

Inhabited By : Elven Clerics. They are filled with visions of the end times/apocalypse.

Watched By : Xan Yae Monks. Scholars who are curious about where the Cults mindset will take them.

Pay respect to the shrine : Immediately learn one of your enemies’ fears.

Blaspheme the shrine : Plagued by nightmares for 9 days, DC 14 Fortitude/Constitution save to rest.

Nearby Quest using From The Ashes boxed set : Slavers by Midnight (3rd)

Notable aware of the shrine – Jaran Krimeeah, Valley of the Mage.

Title artwork is from dungeon magazine, Throne of the Abyss adventure for Greyhawk, available at paizo.com