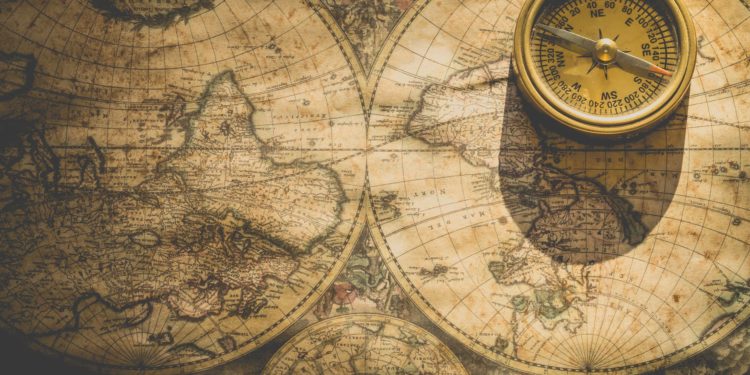 This week we have a guest post from Nick Labonté which provides tips for world builders.

You’ve decided to build your own campaign setting. That takes guts. Maybe you want to know everything there is to know about the setting before you run it, or your game’s official setting doesn’t fit the kind of game you want to run. Whatever your reason, if you’re here, you’ve already realized how difficult world building is. But it’s also deeply rewarding, especially when your players come across something cool. Their face lights up, and you get the satisfaction of knowing you came up with that thing. If you want your world building process to go smoothly, you’ll have to think outside the box, and attack the problem from different angles. With that in mind, here are three bold ways to improve your world building experience.

Don’t try to build everything at once. You’ll tear all your hair out. Creating a deep, complex world is something that’s going to take time, and you’re not doing yourself any favors if you focus on the big stuff too early. Start with something small, giving it enough depth to satisfy your players. Depending on where you are in your world building process, that might be a village, a god, or a single character. You’ll be surprised by how little you actually need to keep your players engaged.

Let’s take the example of a village. Why wouldn’t you want to start a city, something big and meaty that can give your players multiple opportunities for adventure? Well, do you know what goes into building a city? First, you need to figure out its history. All cities started out as hamlets, growing into villages and towns before reaching the size they have now. Why was it established in the first place? How did it grow? What were the setbacks it faced during that growth? You’re already looking at years, if not decades of history that you have to at the very least have a general knowledge of. Now how about the people in your city? Medieval cities could have as many as 30,000 people [source: https://img.4plebs.org/boards/tg/image/1389/68/1389684960897.pdf]. Not all of these people would need names of motivations, but you’d need to come up with enough for your city to feel huge and vibrant. On top of that, there are all the places your players could visit. Shops, craftsmen, guild halls, political centers, it’s enough to make your head spin.

In contrast, villages will top out at about 1000 people, though most of them number in the few hundreds. That’s a lot less to plan out, and fewer locations to plan for. I’ve gotten away with about fifteen named locales, and not all of them are pertinent to adventurers. Some are just shops or professions that are logical to have in a medieval village, such as a farrier (someone who shoes horses) or a weaver. They’re just there to make the village feel more real. It’s much easier to figure out history, culture, and other elements at the scale of a village than that of a city. The lessons you learn here will help you when it comes time to design your city. You’ll be surprised by how many adventure hooks, shady rumors, and interesting people you can stuff into a village. A well-designed village will last you several sessions at least, if not a whole campaign.

“Ok,” you might ask, “but what if my players decide they don’t want to stay in the village? What if they want to go to the big city?” Well, that’s something we’re going to cover in tip three!

Ok, before you get up in arms, a few disclaimers. I’m not advocating plagiarism. If you’re publishing a campaign setting, an adventure, or any other product, DON’T STEAL FROM OTHER PEOPLE. But if you’re building a campaign setting for the exclusive use of the players at your table, don’t be afraid to steal things you like. You’ll probably need to. Everyone is stealing from everything. That’s art’s deepest, darkest secret. Appendix N, the list of source material that inspired the first edition of D&D is essentially a tourist’s guide of all the places Gary Gygax stole from when designing his setting.

Do you like Drizzt Do’Urden? Think the idea of a Dark Elf Ranger renouncing his people’s evil ways is cool? Steal it for your game. Consider this permission. Put a Drizzt Do’Urden clone in your game. But think about the role he’ll play. Is he a quest-giver, sending your players on perilous adventures? Maybe he’s not a ranger at all, maybe he’s a Warlock, bound to an evil demon by a pact that gives him great power. But he’s good at heart, and he struggles under that pact. Maybe he’s asking the player to help him find a way out of this pact. Notice how, with a single change, this character stops being Drizzt and becomes your own. Sure, you started with blatant thievery, but as you worked to make the character fit into your world, he grew and changed to become someone else.

This kind of blatant theft works best as temporary placeholders. You steal something that already exists, fit it into a space of your world that you haven’t figured out yet, and let it grow. As your players engage with that piece, it will change and transform, becoming your own over time. For example, creating gods and faiths is difficult. Each god has to have an influence on a different aspect of creation, and the churches (or cults) dedicated to their worship have to feel distinct from one another. That doesn’t mean you should wait until you’ve created an entire pantheon before your game can begin. The Forgotten Realms has a whole pantheon of gods, with plenty of supporting literature describing what they do, how they relate to each other, and who worships them. Borrow (steal) that pantheon, and stick it in your game. The clerics and paladins amongst your players will still have a wide variety of gods to choose from, and as you’re playing, you can start working on the gods you want to see in your game.

Hurry Up and Wait

Like many of the great things in life, this tip is contradictory. Before diving into this, I need you to understand something about your campaign setting. It’ll take years to build. Maybe a lifetime. The Forgotten Realms have been around since 1987. That’s over 30 years of content, and how much time before that do you think was spent building it? Of course, when we look at it now, it’s this massive thing full of depth, characters, and stories. We want our settings to look like that. But that’s not going to happen in a week, a month, even a year. If you want a campaign setting on the scale of the Forgotten Realms, you need to give it time.

So what does “Hurry Up and Wait” mean? Prioritize. You don’t need a thousand-year history, or a completely developed pantheon of gods before you start playing. It doesn’t hurt to have a general idea of what’s happened in your world, but you don’t need to have it all figured out. At the very least, you want a village where your players can start and a dungeon they can explore. These are the binary basics of the adventuring world. You need a safe place, where your players are free to carouse and roleplay without (much) repercussion. Then you need a dangerous, interesting place they’ll want to explore and conquer. After you’ve got these two things figured out, you can expand the scope of your world as your players explore it.

Imagine a fog of war covering your campaign world. As your players pass through, they’ll uncover things. As long as the fog of war is over something, you don’t need to worry about creating it. Feel free to have general ideas to guide your development, but you don’t need anything concrete yet. You only need to stay a couple of steps ahead of your players and develop what’s hidden by the fog of war just before your players discover it. Whether they’re settlements, adventure locations, or geographical elements, they only need to be placed there when they come into your player’s view.

I want to end this section with a small reminder. You’ll be building this setting for a long time. As much as you’d like to plan everything out in advance, it’s unreasonable to think that will actually happen. Even the crunchiest RPG’s are about telling a story together, and there’s tons of stuff that you’ll only come up with as your players go through your world. Interesting people for them to meet, cool places they can go, even how magic and other elements work. Make room for these developments, and allow them to grow organically. This’ll help give your world more depth, and your players will enjoy the chance to contribute to the world they’re playing in. Plus, you’ll save yourself some work along the way.

World building is one of the hardest things a GM can do, and it’s easy to get lost in all the things you have to do. But if you stay focused, you’ll find that it doesn’t have to be so complicated. Start with the small things, the ones that will impact the players most, like a starting village. Steal from the worlds you like to fill out those holes you haven’t quite figured out yet, and keep your focus centered on the things your players are actually exploring, rather than getting lost in everything you need to create. Follow these tips, and you might find the confidence you need to tackle world building like a pro.

Nick Labonté
Nick is a writer currently experiencing the joy of trying to get a book published. He’s been running games in various systems for nearly five years and likes to think he knows a thing or two about doing so. His musings on writing and his best stories can be found on his blog: Whiskey & Stardust.

How to create Enemy Champions on a ...