D&D 3.5eDragonlanceHistory of the Classes 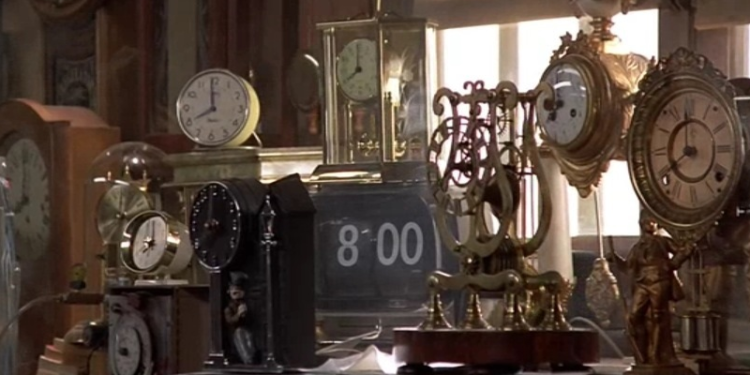 Thanks to several Alert Readers including Trampas Whiteman and Cam Banks, another chapter in the story of the artificer came to my attention: War of the Lance, the 3.5e Dragonlance supplement coincidentally written by Cam Banks, Trampas Whiteman, et al. Today we’re looking at the master class and the Gnomish Tinker prestige class.

This is a strictly nonmagical conception of excellence in crafting. It doesn’t, in itself, offer a lot on tinkering, so we’re covering this for how it feeds into the Gnomish Tinker. If 3.5 Dragonlance has other tinkering rules outside of class features, I don’t know about them right now.

That’s the core of the class. Knacks provide the rest of the interest:

Craftsman Knacks focus on weapon, armor, and tool crafting. They can use their skills in one craft at half value in another (that is, getting extra value out of existing Craft skill ranks), make more money with their work, and make masterwork-plus items. The bonuses extend the benefits of masterwork weapons, armor, and tools from +1 to +5.

Performer Knacks look a lot like 3.x bard features, and they’re great for letting masters of other subclasses pick up party-support features.

Sage Knacks bring some combat effectiveness to Knowledge skills, as well as bringing in a bardic-lore-like feature.

This class covers a common character archetype, particularly in Dragonlance stories: someone who’s great at their job and gets drawn into a life of adventure and danger. From my perspective of many moons later, I’d like to see more knacks and fewer numerical bonuses to skill checks, and a lot less emphasis on skill-bonus-boosting feats. Don’t get me wrong: this fits cleanly into 3.5e’s design – it’s just doing the things I don’t miss from 3.5.

That more or less brings us to the Gnomish Tinker.

As a reminder, this is the nonmagical side of the tinker or artificer concept. Dragonlance gnomes are generally not magical at all, though the 3.5 books support gnomes being able to be spellcasters. Let me suggest that rogue is actually the best way to enter this class, because Evasion is such a great survival skill for those who live near gnomish contraptions. (Well, there are no Dex saves in the sample Mishaps. But there should be, by gum.)

This prestige class isn’t great on raw power – it’s wasteful and largely pointless to try to extract combat effectiveness from your MacGuffins. It’s over in Races of Ansalon that we get a full tinkering-based crafting system (and a reprint of the Gnomish Tinker).

Creating a new contraption is a three-stage process: R&D, Construction & Assembly, and Quality Assurance. In the R&D step, you determine Total Complexity. If Total Complexity is greater than your character level + your ranks in Knowledge (architecture & engineering) + your Intelligence score (not modifier), you need to form a design group to pool your talents with other engineers – but that further increases Complexity.

A contraption might be stationary, vehicular, or portable. That choice determines all sorts of things about its possible functions and Complexity. Unsurprisingly, the convenience of portability carries a steep cost in Complexity. Vehicles also have brutal Complexity costs, scaling further by size, but I don’t really need to explain how much fun a Colossal vehicle might be? (If yes: Charlize Theron has a film for you.) Baseline HD, attack bonus, and AC for your contraption all come from its size, though you can add more Hit Dice by paying Complexity, or save on Complexity by sacrificing some durability.

The modifiers for different options here are pretty intense, with a modest amount of multiplication and division to go with addition. Knowing D&D’s long and storied romance with giant tables of modifiers, I’m surprised more of this information wasn’t stored that way, but I think it stays mostly manageable.

Then we get into functions, with a lot more fiddly math around attacks, skills, defenses, duplicating feats, stacking multiple effects, and the terribly gauche practice of incorporating magic.

Finally, take one-tenth of your Complexity, add 10, and you’ve got your Complexity DC. This is your DC for all rolls around crafting, testing, and getting approval for your contraption, as well as the DC to use it.

Now that the player has designed it, it’s time for the character to design it: one day for every 5 points of Complexity, less one for each designer past the first. Then you roll to see if the whole thing makes it through Final Schematic Approval: a Knowledge (architecture and engineering) check against the Complexity DC, with any contributing designers using Aid Another. This is a single-point-of-failure roll; going back to the drawing board either costs Complexity (if you make no significant changes, but add some stuff to fool the approvals board) or a lot of time (if you make some real changes).

Now you’re ready to start construction. This revolves around time, money, and die rolls, with a few paragraphs of detailed rules for each. One gets the very strong impression that this whole subsystem, but especially the construction stages, were written by someone with a lifetime of painful engineering experience. That there are rules for securing funding by seeking support from other guilds really tells you something. (What it tells you is that these engineers need sales weasels to handle their Diplomacy checks for them. In the least surprising move literally ever, gnomish tinkers don’t have Diplomacy as a class skill.)

It’s still gnomish tinkering, so Quirks come in at the edges. Every contraption starts with 1 Quirk and goes up from there, gaining more from large amounts of Total Complexity and for any natural 1s on the crafting rolls. Quirks form a menu of Mishaps that can occur when your roll to use an item is a natural 1. There’s a whole table of Quirks and attached Mishaps, and the text suggests that DMs and players should aggressively expand it. The rules for Rebuilding and Repair introduce more Quirks to the system.

There’s another round of approvals from the guild higher-ups after construction and before delivery to QA. Oh, waterfall development, is there nothing you can’t ruin?

Quality Assurance is the last big stage, and it has the same darkly comic engineering tone as the rest of these rules. “If any Mishaps occur at this time, the contraption is immediately stamped with Failure to Operate and wrapped with caution tape; it must go back to Construction and Assembly and be rebuilt.” (Remember, Rebuilding adds Quirks, it doesn’t remove them.) If this step goes well, Approval means your contraption is protected by patent, more easily reproducible, and more easily repaired (because schematics are on file). If this step goes badly, well, maybe you have to leave Mt. Nevermind because the bureaucrats just don’t understand your scientific genius. This always goes well and never starts off the plots of disaster movies… right?

This system is a delight to read. I mean that sincerely – it is dystopic and hilarious, sliding a healthy measure of Paranoia into your Dragonlance campaign. It’s a good way to pass six months or a year of game time, and marginally less time at the table. I’ve read enough crunchy and byzantine systems to measure them in metric tonnage; this is one of the few that is genuinely fun to read and seems like it would be fun for the whole table while one player works through it. I’ll forgive almost any sin if a subsystem drives story at every step of its process. It’s incredibly hard to write a halfway decent crafting system for a tabletop game, so as long as you don’t expect a light and breezy experience or one you’ll complete and repeat several times in the course of play, this is absolutely great.

The master is a character class for people who are sure they want to play this thing, or for NPCs who are too close to heroic for the expert class to fit the bill. It does look a lot more appealing in eras where some or all magic is absent from Krynn. The same is even more true for the Gnomish Tinker. Within our conversation about the artificer, the Gnomish Tinker is the tech-that-looks-like-magic version, while Eberron’s artificer is the magic-treated-as-tech version.

The Gnomish Tinker of 3.5 is indisputably more inviting and survivable to play than the 1e tinker class. Especially if you avoid actual gnomish contraptions. Honestly, it’s a toss-up whether the engineering or the paperwork are more dangerous to your health and sanity.

The magic/tech divide in artificer or tinkering classes is coming to a head. Next time in the History of the Artificer, we’ll see how 4e handles the question.