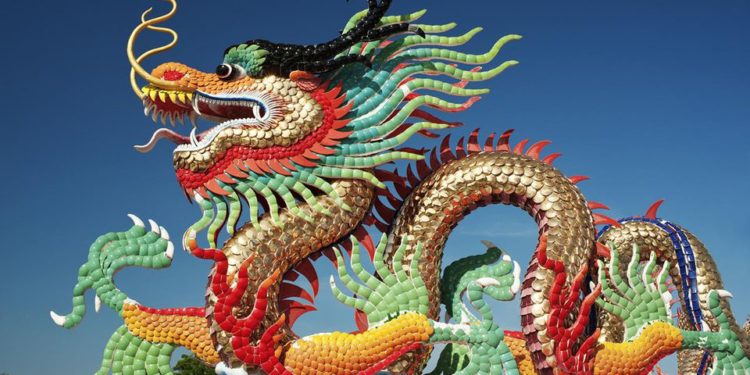 Carlin Swiftdreams Spherebuilder, a gnome tinkerer, was put in charge to build some kind of festival using pyrotechnics, machinery, steam, smoke, and everything that has a great place in a gnome’s heart. She is an unbelievably optimistic and happy go lucky gnome and decided to construct every needed thing for the event herself in only two days. When a group of adventurers comes to town, she decides to put them in charge of handling some of the machinery that will march through the streets while she controls a dragon construct from the interior. 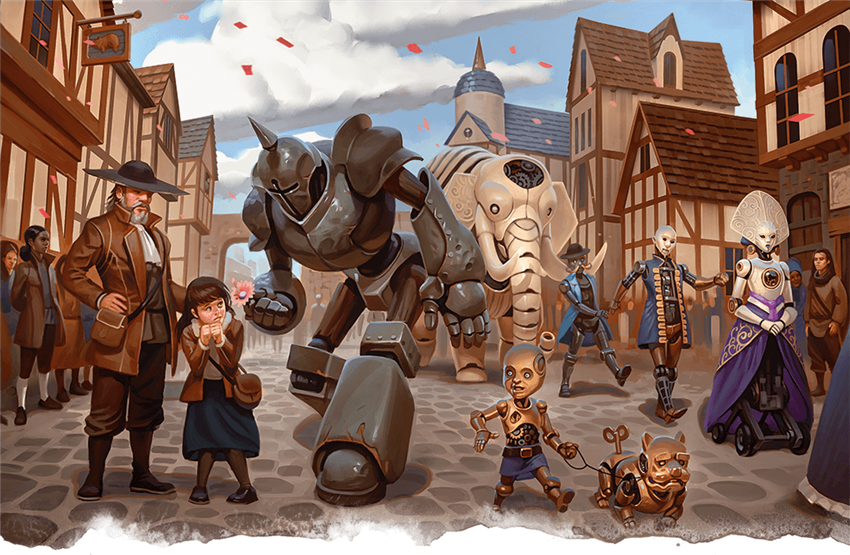 A girly gnome wearing a bright pink dress, her hair full of curls and ribbons runs towards you wuth a smile that goes from ear to ear. Some parts of her clothes and skin are covered in dust and oil, as if she had to do some extra work with machinery before going to an important party.

The gnome presents herself as Carlin and informs the adventurers about the festival that is taking place, venerating some gnome god (if your campaign is set in the Forgotten Realms or uses its gods I suggest using Nebelun). During this celebration, she was put in charge to make a parade and is in need of some help controlling the constructs. If asked why they should be helping she will just tell the PCs they look like “the type of people who would help gnomes in need of help”, “take it as a compliment”. After this, she tells them that they will be greatly paid with gems, each of them receiving 100gp worth of gems. Carlin will make sure they feel comfortable helping her by stating it is an “Easy peasy task, no worries.”

If the player characters accept the mission, they will be led to Carlin’s workshop entrance, where she will show them the controllers they will need to handle. Inside the house, several inventions can be seen. If asked about any of them, Carlin will gladly explain what they are with as little detail as she can because of how nervous she is about the festival. She may only say the name and state in one word what it does, for example. The inventions that can be seen are (feel free to add your own) :

If asked, Carlin will state her inventions are not for sale. During the festival, each player will control a robot that just looks like a cube with arms and legs. Players are encouraged to draw or describe how they want to decorate it and which dance the robot should make while moving through town. They will be given controllers for these constructs just in case they want to operate them manually (it needs a DC15 Intelligence check to fully understand how the controller works). Carlin, on the other hand, will pilot a dragon construct that looks just like the ones from Chinese festivals (big serpentine dragon).

The parade takes place in front of Carlin’s workshop. During it, ask your players if they want their constructs to do anything special and describe the event:

People from all regions and races seem to have come see this event. They all stand shouting words of joy, clapping and dancing imitating the parade. Joy is fully seen in more than one of the children’s eyes that are present, as well as the awe in most gnomes, who know Carlin creates sights to behold. However, from one second to another, the great dragon Carlin is controlling looks towards the sky and releases a huge amount of fire breath towards it. The whole crowd falls silent for a second, only to start clapping even harder. The dragon keeps looking upwards, but no fire releases anymore. To everyone surprise, it starts going up, moving like a flying serpent towards the clouds. A window opens by its side when it gets 30 ft above the ground and Carlin starts pleading for help, and that it is malfunctioning. The dragon loops to direct again towards the ground and just before touching it, it starts going up again.

Every player rolls for initiative. If Carlin is not helped, she will die in an explosion. It’s the player characters’ time to act, using everything they have at their disposal, including the gnomish inventions. As this is not a combat scenario, let the players go wild with their ideas and try to “Yes, and” as much as possible to make it a funnier encounter. Use the crowd as a complication during combat: People may get in the PC’s way, bump them trying to run, plead for help. You can use the DMG’s Urban Chase Complications section in page 254 for inspiration if you want to make it extra chaotic.

Here will be the dragon movements during the next 5 rounds, all on Initiative 20:

Carlin is located in the head section of the dragon. The dragon construct is 50ft long from head to tail. It has an armor class (AC) of 20, and 40hp. Reducing the construct’s hp to 0 causes it to break apart and free Carlin to fall from the head’s height.

Carlin uses the Commoner stat block, with a speed of 25, and advantage on all Intelligence, Wisdom, and Charisma saving throws against magic.

Getting the dragon construct to crash or breaking it causes it to become beyond repair.

Characters riding the dragon construct must make DC12 Saving Throws to remain on it while it is moving or fall, landing prone.

If the PCs manage to rescue Carlin, she will be extremely happy and thank them for making the show even better. In addition, she will pay them what she stated (100gp worth of gems per PC), as well as one device from Carlin’s workshop of their choosing.

If Carlin was to die, many gnomes and attendants will be extremely sad to see her part. She is sent to a church as soon as possible, but won’t be able to recover. The mayor tells the guards to close all the perimeter near her home, and pays the adventurers 150gp for their help, suggesting them to move someplace else for the moment to avoid mean looks.

Not acting when Carlin is in danger makes guards arrive too late for help, reaching the same result that is stated above. However, no payment is given to the player characters.

A Guide to Roleplaying Tieflings