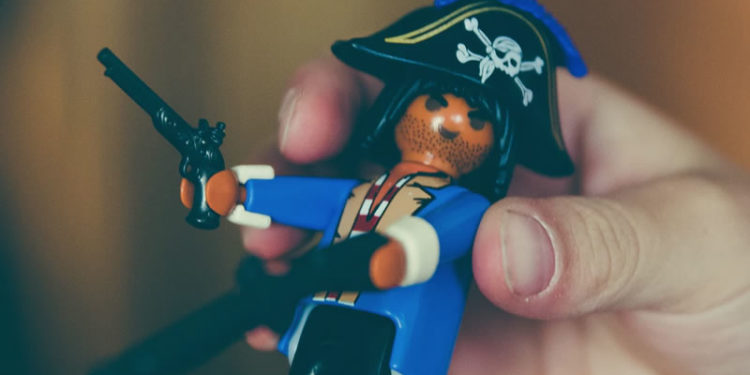 Today I have a guest post from Nicholas Labonté that looks at using NPCs in your game.

NPC’s get a bad rap. At best, they’re quest-givers with funny voices. At worst, they’re annoying exposition mouthpieces that don’t even give a decent amount of XP if you kill them. This column aims to change that. That’s why it’s called Everything NPC’s. Over the course of this column, I plan to explore every aspect of making our NPC’s better. That includes characterization, realism, worldbuilding, and tactics. Today, I want to start things off with the single most important aspect of an NPC.

What do they want?

Whether we’re dealing with a farmer, a guild master, or your BBEG, we need to figure out what our NPC wants. A character’s motivation determines their place in their world, their relationships with others, and–most importantly–how they’ll interact with your players. We’ll deal with how to come up with a motivation for the three main kinds of NPC’s you’ll populate your world with; helpers, villains, and random encounters.

This is probably what most people think of when they hear “NPC.” This will include shopkeepers, friendly wizards, quest givers, and the occasional helpful noble. They’re in your world to provide your players with a service or an adventure. That said, even if these characters exist to help your players in some way, THAT IS NOT THEIR MOTIVATION. Few people do the things they do just for the sake of helping others. Usually, they’re getting something out of it. We’ll use the example of a shopkeeper and a wizard to illustrate this.

Let’s start with a shopkeeper’s motivation. It goes beyond just making a profit. Running a store is hard, so why are they doing it? Maybe they just never want to work a field again. Do they have a plan for all that money? Part of figuring out your NPC’s motivation is asking yourself why they do the things they do, and what their long-term plans are. The answers to those questions will manifest themselves in the way a shopkeeper runs their store. So a smith in one town might be completely different from the smith in another.

Wizards are fun. Yes, they might only end up giving your players a few quests or identifying some items, but they can be so much more. According to the fluff in Xanathar’s Guide to Everything, wizards are strange, antisocial people whose pursuit of the arcane is their life’s sole meaning. That gives us so much to work with. Why did they start studying magic in the first place? Did they want power, freedom, knowledge, or something else? Now that they’re more advanced, what are they using their abilities for? Think up short-term and long-term wants for your wizard. An example of a short-term want could be summoning a strange, deadly creature. A long-term want might be defeating a long-hated rival. See how the short-term feeds into the long-term?

Helpers might be in your world just to help your players, but to be believable, they have to want something for themselves too.

We know what monsters want; often it’s written right into the Monster Manual. But not all villains are monsters. People can be the worst villains. Think necromancers, cutthroats, dark lords, and cult leaders. For a villain to have a lasting impact on your players, they need to feel real, and that means the villain needs to behave in a way that makes sense. That starts with what they want.

Taking over the world is cliché. We’ve got to get more creative with our inspiration. Something as simple as one of the seven deadly sins can be a great place to start. Here’s what that might look like:

Most of the behavior we’re least proud of can be traced back to these sins. A villain who wants to take over the world is just someone with a bit too much pride. A wizard who won’t stop until their rival is destroyed is just envious of their power.

Most of the NPC’s in your world will fit into this category. Most of them will never have a name because your players will never see them. They make up your world, just behind the action. But every so often, your players will bump into one of them or wander into their territory. This category includes farmers, minor nobles (who aren’t involved in your stories), and adversaries who aren’t necessarily your campaign’s main villains.

The motivations for these characters can be as simple or as complex as you’d like them to be. Most farmers just want to keep tending their field; any excitement is bound to get in the way of that, so they’re not likely to go off to the mountains to fight the goblins themselves. They also might not completely trust the adventurers who just rolled into town. If you keep that in mind, you might end up roleplaying that random, nameless farmer more truly than any other character you’ve spent hours writing a backstory for.

But complex motivations can make these characters interesting too. Imagine a tribe of barbarians. Why do they live at the fringes of civilization? Do they despise it and just want to be left alone? Or have they been beaten back after multiple attempts to invade? How different would these two tribes be?

Thinking about what a person or a group wants, independently of your players, can help you come up with interesting people. Plus, as soon as you ground those wants into concrete actions, you suddenly find yourself with a world that lives, breathes, and will conduct its own business when the players aren’t watching.

NPC’s feel flat when they only exist to serve the players or destroy them. More than funny accents or mannerisms, a well-defined motivation will bring your NPC’s to life. When they start acting in a realistic way, your players will notice, and they’ll start interacting with your world more seriously. And isn’t that what every DM wants?

Nick is a writer chasing the dragon of publication. He’s been running games in various systems for nearly five years and likes to think he knows a thing or two about doing so. Whether that’s actually true is up for debate. His best writing can be found on his website, whiskeyandstardust.com.

Maintaining Engagement and Solving Problems at the ...