Maintaining Engagement and Solving Problems at the Table

Last week I had one of those sessions where I as a DM realized something was going wrong and the players started dispersing and getting bored. I managed to end the session as better as I could but that feeling stayed with me. Luckily, due to how good my players are, we together managed to solve the situation so this doesn’t happen again, or at least not that often.

I did some research on the internet and tried to understand how different people solved these kinds of situations. Consequently, I am now eager for the next time I and my friends play and got enough things to think to write this article as well. Hopefully, you can leave from here knowing how to deal with these kinds of situations differently in case it ever happens to you (hopefully it doesn’t).

I can’t stress enough how important it is to do your best to understand your player group. Each and every one of them is different. Maybe yours prefers combat over roleplaying or loves having puzzles appear in dungeons. If you as a GM don’t have fun with the same aspects of the game your friends do, maybe it isn’t the best group for you to play with. However, fun can be found even when these kinds of situations present themselves. One of the players may find out they love roleplaying, believing they didn’t like it because of some previous bad experience.

This process can take several sessions. Sooner or later, you will surely find out what the players like the most and can use it to your advantage. By doing so, rarely will you find yourself again with sessions in which your players get bored.

Get better at descriptions

Descriptions are a huge part of roleplaying games, if not vital. Therefore, the better the GM is at describing stuff, the more players will understand what’s around them. Not fully understanding can lead to frustration from the players’ part, which usually means they will start getting distracted or bored. It is for this reason that I consider important for GMs to improve their vocabulary. While not being essential, it is game-changing.

By far the best way to get better at descriptions is reading books. Other media may have lots of visually stunning sceneries for inspiration, but nothing can grasp the amount of new interesting words you get by reading. Another common way to learn specific wordings is by watching game streams. These streamers reached their place in popularity by being good at what they do, and listening to those GMs and taking note of interesting words down to use in your game is an awesome practice.

Describing player and/or enemy actions is another extremely useful way to catch your players’ attention. Saying Ront the orc attacks sounds extremely different than saying Ront slashes his sword against Druid’s face, leaving a bleeding mark. If you want to make better use of these kinds of descriptions consider taking a look at one of my past articles in which I teach you How to Make Enemy Champions. As soon as you say a player takes damage in an interesting way, or describe how cool they look at doing a wall jump you will have their attention back. 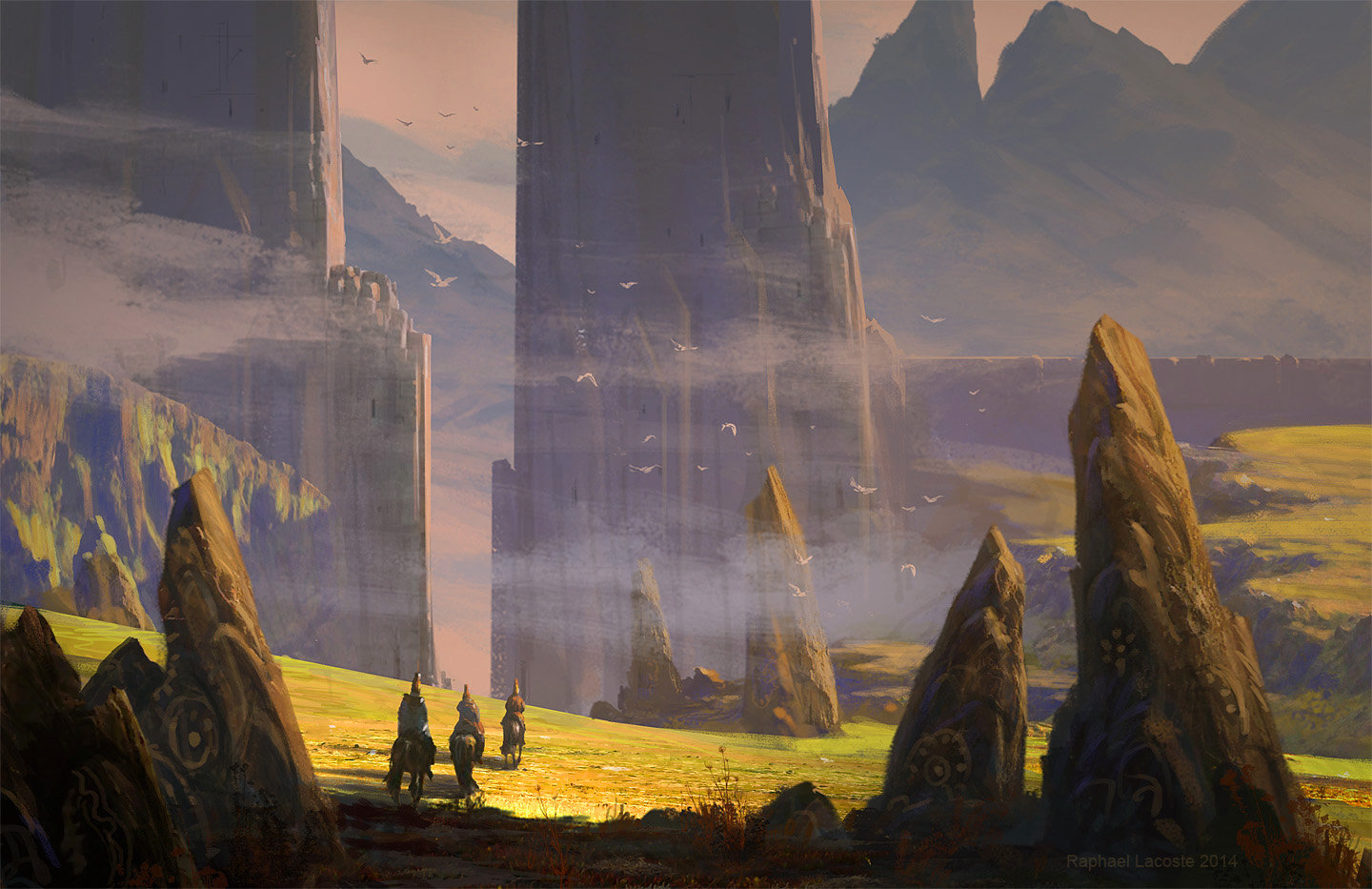 Roleplaying games can start moving at an incredibly slow pace if players get distracted. Slow games bore the players. If not solved, you will be trapped in a never-ending spiral of boredom. It’s your job as the GM to act and solve the problem. Notice, however, that players should be making an effort to help the GM in these cases, as they already have a lot of weight on their shoulders. Let these slow players know what is going on, and tell them that if they don’t act fast their turn will be kicked for later, or completely skipped if they keep wasting time. It can sound harsh, but I can assure you that this scenario will not ever occur more than once after this rule is put in practice.

Are the players taking so long to make a decision some of them start falling asleep? Then maybe it’s time to make a random encounter present itself. This is the widely known technique named Orcs Attack, popularized by DM Matt Colville. Doing this shows time is running and that if they don’t keep moving their resources will start depleting.

Get rid of usual distractions if needed be

This step is a bit controversial. Many GMs don’t allow players to use their cellphones or other devices during play. While true in many cases, I’ve seen players being able to pay constant attention while using those devices during play. I believe that some players do need to do something else while playing to be able to focus on the game. Some pile-up dice, while others roll them, chat with others or doodle something in their character sheet. As long as these things don’t interfere with the game itself by being too noisy or distracting,  they can keep on doing those things in my book. 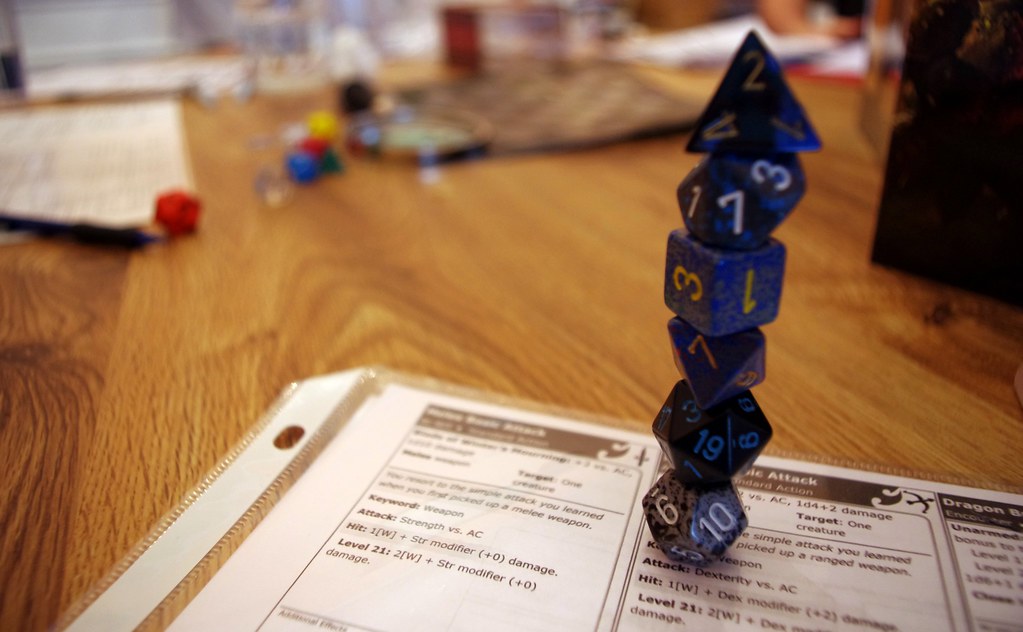 Talk to your players

Last, but most definitely not least, is talking to your players about any of those things I mentioned above. Confronting the problematic situation and/or player while being all together is in most times the best solution to any situation. Make sure to word your concern in a way that doesn’t attack or make someone feel devastated. If you all have a good relationship with the group of friends you are playing with you will all come to a solution in no time.

Do you want a player to stop using the lone-wolf, edgelord or bossy barbarian tropes because it not only makes the game harder to run but also bothers the rest of the group? Raise your concern to the table, no matter if you are the GM or a player. Want the players to maintain their focus while playing? Talk to them and discuss if some changes must be made to improve the gaming feel. You will find the rest of the table surely has awesome ideas to solve these concerns.

Maintaining the focus of the game is a job GMs are usually charged with, but it is just as important for the players to help with this. If agreed upon a way to always keep the game moving without making some of them get bored you will find an excellent balance. Lastly, don’t forget to understand the types of game your group wants to play so you can all have a better experience while playing. Have you ever had situations in which you went out of the game session feeling devastated by how it went? What caused the problem and how could you solve it? Which rules do you agree on while gaming to maintain focus if any? Let’s discuss them in the comments below!

Are you looking on how to create cliffhangers to have your players hooked on the game? Wait no more! I’ve got an article detailing the importance of cliffhangers as well as some tips to create them.