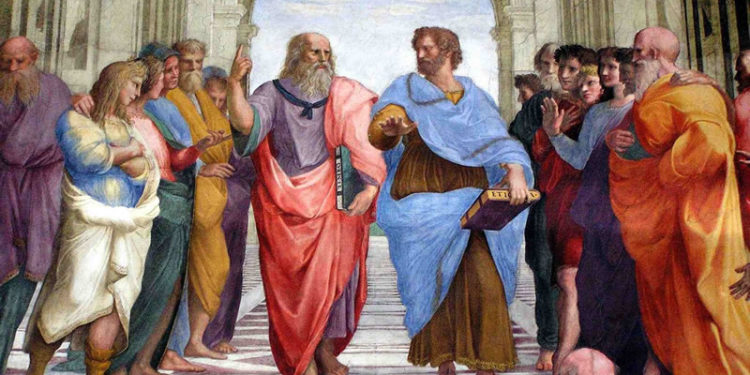 The following are some optional rules I have been working on for goal based social battles for Fifth Edition. I wanted something that would not take much work to learn, so I followed the framework of regular combat. Let me know what you think in the comments below.

Social combat provides gamemasters with an optional way to resolve important social encounters between PCs and their rivals while an audience is present. Social combat blends ability check based social interactions with the structure of combat. These encounters work best to resolve tense situations where physical combat isn’t allowed or best avoided.

Social combat can resolve a number of social conflicts including the PCs confronting a noble who is the secret leader of a cult, defending themselves at a trial, a political debate, or an argument in front of well connected socialites. Social combat encounters take place at galas, the town square, the deck of a ship, the royal palace, and in the courtroom.

When characters are engaged in social interactions they usually have a goal such as learning information or getting out of trouble. The goal of social combat is for key situations that require more than a single ability check. In social combat, the PCs seek to win a debate, embarrass a rival, or simply persuade someone to help them with an audience present.

Social combat requires two rival sides and an audience of at least one creature who can:

Convince. To attack the viewpoint of your opponent and convince the audience that your opinion is more valid using facts. This can be in the form of a debate, trial, or a heated argument.

Embarrass. To attack your opponents with the goal of embarrassing or discrediting them in front of the audience. This can take the tone of a comedic roast or a scathing attack on their character.

Persuade. To make an appeal to your opponents to end their indifference or hostility towards you and gain their help. This can be in the form of a royal audience or a conversation at a feast.

Social combat is run similar to physical combat. The main differences are than rounds are one minute, social combat stats are used, any damage is inflicted only on the emotions, honor, and prestige of the target, and there is no movement.

The following stats are used for social combat.

Society Score. Your base society score is equal to your choice of your Charisma or Intelligence modifier. The following conditions can add additional or take away points from your total society score, at the gamemasters discretion.

Social HP. For social combat your ability to absorb the social attacks of your opponent is reflected by your social hit points.

Social AC. For social combat your ability to deflect social attacks is measured by your social armor class.

In social combat, a round represents one minute in the game world. During a round, each participant takes a turn. The order of turns is determined at the beginning of a combat encounter, when everyone rolls initiative. Once everyone has taken a turn, the social combat continues to the next round if neither side has defeated the other.

The following actions are similar to those found in regular combat, but are focused on social interaction.

When you take the Attack action, you focus your turn on attacking a rival to attain your goal by convincing, embarrassing, or persuading them.

First, you choose an opponent to make an attack against. Second, you make a social attack roll against that opponent by rolling a d20 and adding your social attack modifier against the target’s social AC. On a hit, an attack does 1d4 + your society score.

For example, the PCs are in a heated argument with their rival Baron Lucian Rau and his minions. On Leta’s turn in the initiative order, she rolls a d20 to make an attack roll against Rau. She rolls a 14 and adds her +7 social attack modifier, for a total attack roll of 21 against Rau’s social AC of 18. The attack hits and Leta’s verbal assault does 6 social damage (1d4 + society score), reducing Rau from 24 to 18 social HP.

When you take the Boost action, you focus on supporting the efforts of an ally. To boost an ally, make a DC 10 Persuasion (Charisma) check. If successful, you give social HP to an ally equal to your society score, lowering your own social HP by the same amount. A creature can not gain social HP beyond their maximum social HP.

Spellcasters have access to spells and can use them to great effect in social combat. When you take the Cast a Spell action, you can cast a spell your have access to with a casting time of 1 minute or less. The impact of casting the spell should be determined by your gamemaster.

When you take the Dodge action, you focus entirely on avoiding social attacks from your rival. Until the start of your next turn, any Attack made against you has disadvantage.

When you take the Help action, the creature you aid gains advantage on its next Attack or ability check, provided that it makes the social attack roll or ability check before the start of your next turn.

The fallout of the encounter should be determined by your gamemaster based on how effective the characters were in swaying the audience to their goal. Fallout can come in the form of anything from aid on their quest to imprisonment, depending on their goal and the outcome of the social combat.