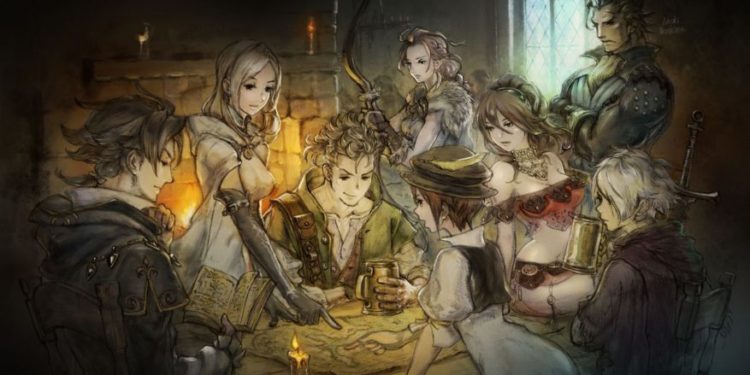 When a DM starts a new game with a single race available, you might think that that severely limits your choices. But does it truly? In some senses, yes it’s true. Yet in others, this is not necessarily so. A large percentage of fiction and fantasy deal with only one race: humans. And these stories are by no means deficient by there not being any more races. Real-life is amazingly diverse. And most any race can become so too! It’s just a matter of the stories you collaboratively tell with the race in question. We humans as a species have become differentiated by such things as culture, subspecies, politics, geography, and education. Your games, regardless of the race, can be influenced by these things too! Read on:

Because of how broad the topic of culture is, this article will focus solely on its influence and examine how you can use it in your games. 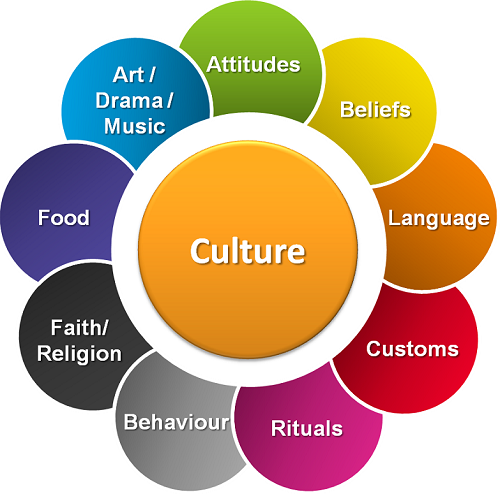 Culture is a doozy! It’s incorporated in everything we do, but it’s almost impossible to pin down. A pared-down Wikipedia definition might be:

Culture encompasses the range of phenomena that are transmitted through social learning in human societies, including expressive forms like art, music, dance, ritual, religion, and technologies like tool usage, cooking, shelter, and clothing. Material culture covers the physical expressions of it, such as technology, architecture, and art. Immaterial and intangible aspects of culture include: social organization (including politics, and social institutions), mythology, philosophy, and literature.

I’ve covered Art as a series of articles (Part 1, Part 2, Part 3, Part 4,) so I don’t need to repeat myself here. Though in a single race campaign, art may take on a different level of significance. Whether that significance is a greater or lesser thing will depend on the game in question.

In real life, there are dozens of different music. Each type of music brings something new, unique to the table. In a fantasy setting, it should be much the same. Despite not having some of the options that we have nowadays, there still should be enough differences based on geographic locale, religion, taste, and instruments available to make things interesting even if there is only one race. 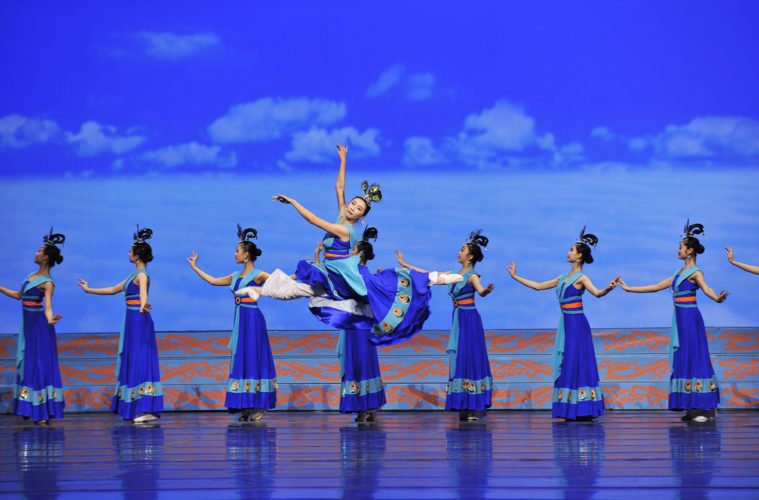 Dance is a performing art form consisting of purposefully selected sequences movement for aesthetic and symbolic value. These movements are culturally acknowledged as dance by performers and observers. Dances can be categorized by its choreography or by its historical period or place of origin.

Furthermore, according to the Standford Encyclopedia of Philosophy: The Philosophy of Dance states[paraphrased]

Dance is practiced in many forms and for many reasons, including social, educative, political, and therapeutic reasons. A dance’s movements are more zestful, vigorous, fluid, expansive, or stately than necessary to pure movement.

In a fantasy setting, dance may also serve magical purposes for summoning creatures, closing gates, or linking the power of multiple casters in a ritual. Dance needn’t be limited to things of humanoid shape. Monsters can dance too! If playing in a game such where the PCs are all of a single type of monster race, the players and GM can make up how such dances would look.

There are rituals for greeting. Wikipedia states:

Depending on the occasion and the culture, a greeting may take the form of a handshake, hug, bow, nod, nose rub, a kiss on the lips with the mouth closed or a kiss or kisses on the cheek

Rituals for Good and bad luck

There are also rituals in betting, such as having a beautiful woman blow on the dice or always playing the same lottery numbers. In daily life, people may purposely try to avoid black cats and the number 13, stepping on cracks, breaking mirrors, or walking underneath ladders. If a person is unlucky enough to come across those situations, they might have a ritual to banish the bad luck.

Sports stars have their own rituals they practice to make sure they’re successful. There are also activities surrounding sporting events, such as tailgating and Superbowl parties, which also play into the whole experience.

In the Catholic religion, when entering a confessional booth (at least in popular media), the person entering “crosses” themselves as they sit down and say “Forgive me, Father, for I have sinned.”  In many Lutheran churches, for Easter there is the call “He is Risen!” and the refrain is echoed back “He is Risen, indeed!” I already have an article discussing religious rituals here.

In courtrooms, there is the ritual of swearing on a bible and picking a jury. 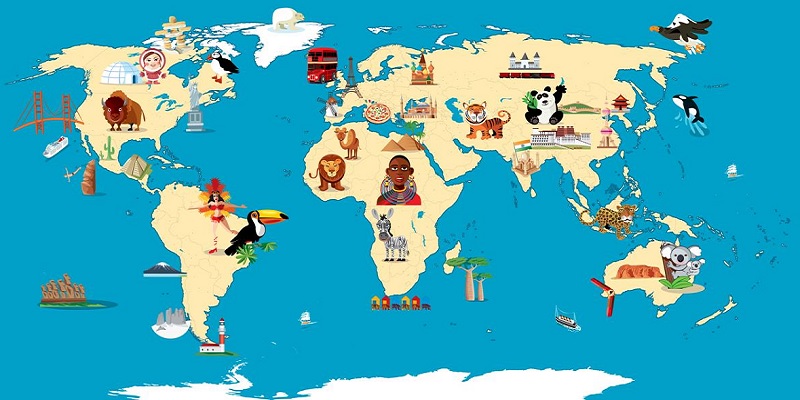 I already have a series of articles on religion Part 1, Part 2,  Part 3, Part 4 and I needn’t repeat myself here. In a “single-race campaign” unless the PCs run into deities from enemy races, the only ones they’ll be familiar with is very likely their own, unless they’re an anthropologist or a “comparative religions” major.

Technology is the sum of both material and immaterial techniques, skills, methods, and processes used in the production of goods or services, created by the application of mental and physical effort to achieve some value or objective. In this usage, technology refers to tools and machines that may be used to solve real-world problems.

In a typical game, each race may have been able to develop technologies independently for dealing with everyday problems. Tools might look vastly different from each other, yet perform the exact same function. In a single race campaign, the only technology that exists is from the player character race. Look for an article about this topic fleshed out soon.

Cooking is a specific type of technology. While most of what we consider cooking uses fire, a broader application of the concept is anything that uses tools to make food palatable, safer, and easier to eat, or more presentable. Hence, although making ice cream (typically) uses no heat – unless it’s a custard, its manufacture would be considered cooking. So would pickling, dehydrating, peeling, chopping, pureeing, and mixing in other ingredients.

What that means is unless you’re running an all elven campaign, the PCs won’t typically run into elven waybread. Neither would they run into dwarven mushroom rations unless they’re dwarves. That doesn’t mean that the culinary delights that the PCs will be less, merely different.

Shelters are the technology of getting the forces of nature away from you for a time. The simplest shelters are caves, though while they are temperature controlled, they aren’t the safest, as they often contain wild animals, pitfalls, and may be prone to flooding or collapse. Anything else requires the use of at least some tool, device, or technique to make it even somewhat structurally sound – even something as simple as a lean-to or an igloo. The fancier, the sturdier, the better put together the shelter is, the more tools and time it will take to build.

How this shakes out in a single race campaign, the PCs wouldn’t run into treetop elven housing unless the entire cast of characters were elves or Hobbit holes unless they were halflings, but that doesn’t mean that the architecture is any less spectacular, after all, we have castles, Japanese pagodas, and tiny houses in real life.

Clothing is how we protect ourselves from the elements. It prevents us from being too hot or too cold. Most of the time, it should be useful for the occasion – i.e. one would not wear a fancy ball gown or a tux while traipsing through a dungeon. It should help provide a glimpse of who we are; that’s how fashion is for. Finally, it is useful to cover our nudity. In a single race campaign, clothing should be as varied as it is in real life. 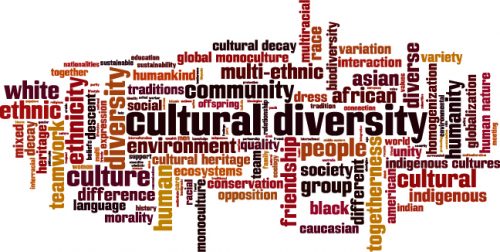 Social institutions are groups of people who have come together for a common purpose. These institutions help to order society and govern the behavior and expectations of individuals. Some examples are:

As you can see, culture is an intriguing lens through which to view events going-on in a single race campaign. It is useful to examine art, music and dance, rituals and religion, cooking, eating, and drinking, clothing, and fashion, shelter, and social institutions.