Craft of the Game: Creating a Minimum Viable Product, P2 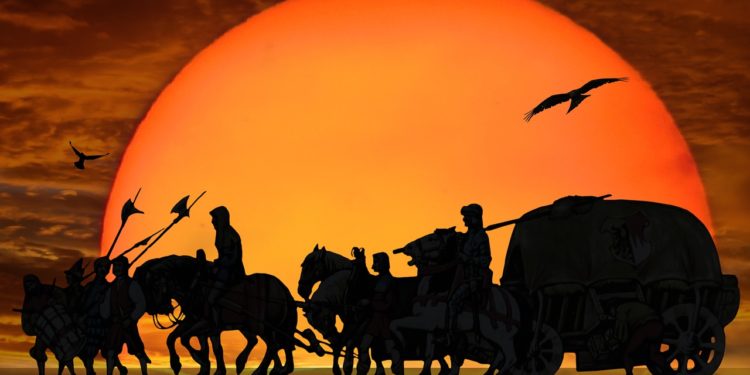 Tabletop gaming is filled with excellent ideas, but what happens when you have an idea that you want to share with others? The first step in doing so is creating a “minimum viable product.” At its core, a minimum viable product for tabletop RPG gaming is a stripped-down version of the product. But what does a game need to contain to make it playable? At a very high level, the answer is at the core of my P5 system: people, places, possessions, powers, and plot(s). This article will focus on “People.”

The first question a game master must answer when creating a world is determining what the character’s role are to play. (Paraphrased game advice)

Minimum viable tabletop RPG gaming products need to be populated by someone. Among the first questions you should be asking yourself is: “What type of characters populates the world you are creating?” The concept of “People” has broad application in this case. It applies to monsters, sentient machines, self-mobile plants, PC races, and even deities. Also, keep in mind that the concept of “people” necessarily isn’t tied to the idea of “character classes.” Some games don’t have “classes.” Instead, the character generation itself is freeform. Players can make anything they want, within the game’s guidelines. Most games of this nature use a point system where certain traits, powers, equipment, etc. are bought.

At its core, the concept of “people” are the masks people put on, the roles they play. Even in a superhero game, there are various roles. For instance, you have:

How are the People Represented?

In a minimum viable product, you’ll want some way to represent the “People” in it. The first classic way to do so is by using stats or attributes. Here are some examples:

Another is what the characters know how to do. Some names for these broad concepts are skills, talents, and knowledge. Or you might want to categorize the skills into physical, mental, and social as some white wolf games do.

When deciding on naming for your minimum viable product, it’s useful to examine conventions for the stats, skills, talents, and knowledge in your game, consider the following questions:

Is this mainly a social game? Or are is there going to be lots of social interactions? If so, you might need representations of interrogation, intimidation, appearance, charisma, charm, cunning, diplomacy, manipulation, etiquette, and persuasion, etc. Many times, such games represent high society. Such games might include skills for disguise, forgery, foreign languages, cuisine, and knowledge of art.

Are lots of fights going to take place? If so, stats like stamina, constitution or health, strength, fighting, dexterity, and so on are must-haves. Will the characters be athletic, doing jumps, backflips, and tight-wire walking? Do they know how to swim? Then those skills need to be represented as well.

Is the game setting going to be in the modern game? If so:

Are the characters of your game going to be needing to be learned, then the game should include such skills as in D&D 3.5 :

Urban (or wilderness) tracking allows a character to track another through the use of clues in the environment. Urban tracking skills might also be used in conjunction with rumor gathering abilities. Characters could use their charm to talk others into divulging the location of their target. Also, those characters who have extra-strong senses of smell or hearing will have an easier time tracking in a wilderness setting.

Game creators need to also have some idea as to the types of professions in their games. Many such professional skills boil down to things as :

When characters are going to be in nature for a while, they may wish to be able to live off the land. Skills such as survival, herbalism, natural lore, and geology may help characters have a better chance of surviving. What types of things tie into this? Finding shelter, getting food, knowing what plants are useful for medicinal purposes, and avoiding dangers.

People vs. Powers and Possessions

You might be thinking, “Why are you separating the people from their powers or possessions?” It’s a useful convention to note that the people make use of the powers and possessions. Using them in and of themselves is neither good nor evil. It’s what one does with them. Does the character believe “Might makes right?” Or do they follow the maxim, “With great power comes great responsibility?” Do they believe that “clothes make the man (or woman)?” Or do they think “the man (or woman) makes the clothes?” These are very different ideologies.

Designing your own product is a fun and rewarding experience, but no one ever said there wouldn’t be bumps along the way. Looking at the idea of “people” is a useful way of starting a minimum viable product.