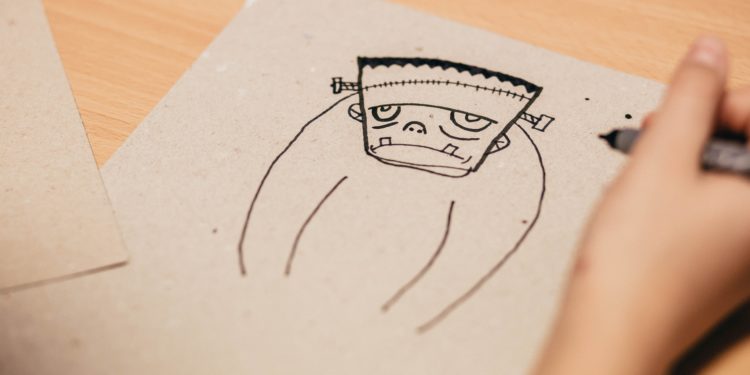 One of the most iconic things about Dungeons & Dragons is the monsters. Even if your group prefers social encounters or avoids conflict, eventually the heroes will be faced with a foe that must be dealt with through combat.

There’s a huge variety of monsters in the official D&D 5e published works, as well as even more to be found from other publishers, such as Kobold Press’s Tome of Beasts, and free homebrew creations that are just an internet search away.

But, fellow Dungeon Masters, I think we can agree that there are never enough monsters. Maybe you don’t own the supplemental books. Maybe you don’t want to take the time to sift through the hundreds of monsters out there. Or maybe you just want that perfect fit for an encounter. Whatever the reason, knowing how to create a monster to suit your needs is a valuable skill for any DM.

The easiest and quickest solution when you need a new monster is to steal the entire stat block of another monster. The players don’t have to know that the merfolk brute is actually a hunter shark or that the goblin scouts are actually deep gnomes. As the DM, you paint the picture of what the creature looks like. Describe the merfolk brute as being twice as big as its allies, wearing chitinous armor from a giant crab and carrying a trident. Then, use the hunter shark’s stats but, instead of “biting”, the merfolk brute “stabs with its trident”.

Another example is to use a dragon wyrmling as a kobold leader. If, for whatever reason, this group of kobolds doesn’t work for a dragon, then perhaps their leader has been blessed by their gods and now has a breath attack and wings.

This works great when you want a “boss” monster or just want a monster to stand out from the rest. Consider monsters with a higher CR that live in the same environment as the primary monsters, or ones that have similar anatomies, traits, or desires.

The next step would be to take the stat block of the monster you want, or one that is close to what you want, and modify it to suit your needs. Sometimes all you need to do is increase or decrease a monster’s hit points. Remember, the hit points given are the average. Even if you don’t want to stray too far from the official stat block of the monster, you still have a lot of wiggle room.

Besides hit points, an easy way to buff a monster is to give it multiattack. Or, on the flip side, a way to make a monster more manageable is to take away its multiattack. This saves you from having to recalculate attack bonuses and weapon damage. A multiattack doubles the monster’s possible damage per round but it won’t do deadly damage with a single attack.

Sometimes just changing the damage type can create an entirely new monster. For example, if you change a roc’s beak and talons attacks to fire damage, you’ve just created a phoenix. If you take a salamander and change its fire damage to cold damage, you have an ice snake. Or maybe a hook horror has a diet of poisonous mushrooms, so now its hook attack does poison damage. Feel free to give intelligent creatures different weapons than the ones listed in their stat blocks. Maybe a gnoll stole a greataxe from its last victim or a goblin boss carries a whip.

Every part of the stat block is fair game. Maybe a group of orcs was charmed by a vampire, so they have +2 Wisdom saving throws. A troll that lives in a water filled cavern may have a 30ft swim speed. Perhaps there’s a breed of Underdark wolves with darkvision. Maybe that cyclops tied half a dozen shields together into haphazard plate armor and now has an AC of 18.

Once you are comfortable tweaking the stat blocks, the next step is to take two different stat blocks, pick what you want from each, and create your very own mashed together monster. This is especially effective with monster features. Give a blind wyvern the echolocation and blindsight of a hook horror. Give a rabid dire wolf the orc’s aggressive feature or the gnoll’s rampage feature. The Dungeon Master’s Guide has a great list of all the monster features, example monsters, and how each feature effects the challenge rating (p. 280-281).

Don’t forget that monsters can also have spellcasting or other traditionally PC class abilities. If you have the time, you could take any monster, choose a level, and give it the features and abilities of a specific player class. However, this is time consuming, and Dungeon Masters juggle so many different things during combat that using a player character class is often impractical. Instead, I recommend checking out Appendix B of the Monster Manual (p. 342-350). There you’ll find example stat blocks of different class archetypes.

You can take that one step further by mashing one of those stat blocks with another monster. Maybe the leader of the hobgoblin’s is an archmage. That hill giant could be a berserker. What if those minotaurs are cult fanatics?

Some powerful monsters are even more imposing within their lair. Their very presence has altered the space where they spend the most time, allowing their environment to aid them. These lair actions occur each round, and the creature chooses which one occurs. Check out the Monster Manual’s section on dragons (p. 86-118) for great examples of lair actions.

Typically, lair actions are reserved for legendary monsters. Sometimes groups of players never even fight a monster with lair actions because they never make it past the first tier of play. That’s a shame, because lair actions are a fantastic way to create dynamic and memorable encounters.

Lair actions don’t have to be an enemy creature harnessing the “ambient magic” in its lair. You could also have mechanical traps that trigger at specific times (perfect for clever creatures like kobolds) or environmental effects.

I like to use what I call “regional actions”. These occur once per round like lair actions, but they are caused by the environment, not by the conscious choice of the enemy creatures.

For example, the players are fighting a vine blight in a corrupted forest. The forest is like another creature, and it causes the regional actions each round. On initiative count 20 (losing all ties) one of the following things occur:

You could decide that these regional actions occur in sequential order, are randomly chosen by rolling a d4, or the DM chooses the one that makes the most sense for any given round (although I would avoid doing the same effect twice, just like the rules for regular lair actions).

Think about the environment where the encounter is taking place. Are they fighting a creature with a high Strength score inside a cave? Then maybe one of the lair actions is that the creature slams into the ground or wall, and stalactites fall from the ceiling, which forces the players to make Dexterity saving throws in order to avoid getting hurt. Are they fighting a creature that prefers stealth and deception? Then maybe it has a lair action to create magical darkness, create an illusion, or charm a player. I’ve found that the best actions don’t cause damage. Instead, they alter the environment, heal the enemy, or provide minion reinforcements.

Be sure to vary the effects so that each one requires a different saving throw or strategy. This allows players with different skills to both be challenged and not feel targeted.

One of the biggest issues in encounter balancing for Dungeons & Dragons 5e is adjusting for action economy. A singular BBEG forced to stick with 1 action, 1 possible bonus action, and 1 reaction per round is going to be dogpiled by the 3+ heroes. Adding minions, increasing the monster’s hit points, or using a higher CR creature can work, but each have their own challenges. A bunch of minions is a headache to keep track of for the DM. Increasing the hit points can lead to a boring slog fight. Using a higher CR creature can be very swingy. Depending on the dice rolls, it could be easy for one group and a total party kill for another.

The solution? Give that boss creature extra actions, reactions, or bonus actions. Some people shy away from that because it feels like “breaking the rules”, but monsters don’t play by the same rules as player characters. Many low tier monsters have the multiattack ability, whereas PCs don’t get a second attack until later. They also have features that give them skills to which PCs never gain access.

“Breaking the rules” in this way actually makes a fight feel more realistic. Why else would 3-6 heroes need to fight this one monster if that monster didn’t have the strength and uncanny ability to be a challenge against that many foes?

Matt Colville recently did an awesome video about this very thing. He dubbed it “Action Oriented Monsters”. I won’t rehash what he said, so check out his video for the reasoning behind this method and some fantastic examples.

The best abilities to give action-oriented monsters are similar to what I would make into lair or regional actions. Don’t go for pure damage. I’ve found the best effects are those that allow the monster to get into a better position or grant a better position to its allies. Conditional effects, environmental effects, and other things that make the combat more challenging without doing damage can make for a much more satisfying encounter.

I love the monsters in Dungeons & Dragons. One of my favorite parts of session preparation is finding just the right monster for an encounter, whether that means taking a stat block from the Monster Manual or creating my own.

Creating a D&D monster doesn’t have to be complicated. You don’t need to spend hours crunching numbers and figuring out challenge ratings. It can be as complex or as simple as you want it to be.

Don’t feel discouraged if your first attempts aren’t what you envisioned. Learn from each attempt and make the next one better. Make a monster that you would want to encounter. Make one that you know will excite (or terrify) your players.

Swap, tweak, mash, pair, and enhance until you create that perfect fit.