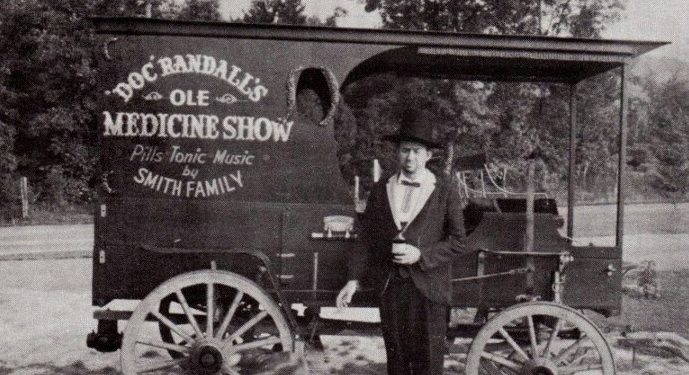 The Charlatan background offers a ton of fun roleplaying hooks for that roleplayer that likes wearing a new mask every game… or every five minutes for that matter. It’s a fun way to punch up character classes that so rarely get to play the “face” of the party.

With a skill proficiency in Deception and Slight of Hand and proficiencies with the disguise and forgery kit, you can help round out a more combat-focused character or add a more rogueish dimension to an otherwise straight-laced character.

This combo is one of the more intriguing ones, especially because you get a set of fine clothes. A dapper barbarian posing as the Duke of Grondlebrompton sounds like a ton of fun. Eloquent, stylish, suave.

At least until his low charisma fails him. Still, what makes social encounters fun is that you have the most powerful weapon of them all at your disposal: your words! Fumble a deception check? You can always try to talk your way out of it or prepare ahead of time and have the right documents forged.

The false identity that you forge should be rooted in your backstory. Perhaps it is a long-running con that you started when you first left your tribe — or even a small lie that has spiraled out of control. Perhaps you found that it was far easier to trick people out of their money instead of having to work for it.

The bard is the obvious choice for the charlatan, as there is a lot of overlap. Choose this background if you are really looking to lean into the performance and deception-based aspects of the Bard, or if you wanted to save valuable skill choices for something else.

You have perhaps more leeway than other classes to choose your favorite scheme. Whatever you do choose, you’ll be able to pull it off with an uncommon panache. Personally, I would choose a few schemes to run, based on whether or not we stopped in a village, hamlet, or city.

A cleric charlatan is interesting because you’re not just a phony holy man, you’re a phony holy man with magic to back that up. Perhaps your faith is as thin as the lastest forgery. Perhaps you wear a holy symbol of each and every god, just in case one happens to be listening.

A cleric charlatan can benefit from more versatility in their character options. Their persona could be something like a wealthy merchant, a high priest, or even an important paladin. Your faith (or lack thereof) could be a major inner struggle for your character. Why do the gods still grant you powers despite your disbelief or blasphemy? A potential character arch could be similar to an anti-hero’s journey, from immorality to morality. But you’d never lose your touch for deception,

A druid with the charlatan background could be one that discovered their connection to nature at an early age but quickly found that they were better suited to fleecing people than tending to flower beds. Alternatively, they could have developed the second identity as an extension of their natural shapeshifting abilities. They may see it as a way to blend into the human world like how they can become a bear to join the animal world.

Perhaps they are a druid who has spent extensive time in civilization, an urban druid who found their place in running street cons or posing as some important elven diplomat. Druids don’t have the same implicit morals that come with the other divine caster classes, and they could even have developed the alternate persona as a way to punish civilization for its abuses of nature.

Like the barbarian, the charlatan helps round out a mostly combat-based character and gives them an edge on more face-y interactions. You could be a fighter who grew up as a peasant posing as a member of the nobility, wooing lovers and fighting duels.

You could even go the scarlet pimpernel way and downplay your martial prowess and pose as a fop by day and a fearsome fighter by night. Whatever false identity you choose, you will benefit from being able to contribute to the party outside of combat. Perhaps you are able to con a ferryman to give the party a free crossing, or you just so happen to know the right wizard through your contact network.

You may hide behind the false identity and never really break it, perhaps because you fled a battle and would be killed for cowardice should your true identity become known.

Here are some personality traits to train for:

A monk with the charlatan background could be one who did not learn their fighting style from a monastery like traditional monks, but self-trained from street brawls or even as a carnie in a circus. You could pose as an exotic lord, or as a wise man dispensing wisdom across the land (for a fee, of course). There is no end to examples from our own history of con men who fleeced people posing as gurus or messiahs.

If that con does not appeal, you can perhaps run one where you have people participate in a rigged game of strength, where you always prove the stronger. Monks have just enough supernatural abilities that they can do the extraordinary while still seeming somewhat normal. Exploit that!

Here are some personality traits to ponder:

The paladin with a charlatan background takes great advantage of their naturally high charisma. This is where you can really shine with a fake holy-man concept, but you can also incorporate a hidden identity to do a superhero-type thing where by day you pose as a merchant or useless noble playboy, and by night you’re a holy avenger. You can even play a more Robin Hood character who uses their ability to deceive and dissemble to rob from the rich and give to the poor.

Paladins can play into their identity as bringers of justice, and offer their services to clear out cults and evildoers (that they may have forced there) to various towns and villages. Why not get the whole group in on the ruse? The half-orc warlock can play the role of villain, you play the hero and bam! Titles, gold, land grants — the works!

A ranger with the charlatan background can be another good match if you’re wanting to add some more social skills to a mostly combat and exploration character. You can be a ranger charlatan who is a bounty hunter who uses their persona to gather intel about their mark or one who uses their beast companion as a part of their con. While they distract with talk of exotic techniques to grow back hair, their eagle swoops down and snatched their coin purses.

As with all backgrounds, it is important to root your background in your backstory. Combine the circumstance that made you turn to con games with your training that gave you the combat and survival skills your class gives.

Here is a perfect combination. However, like the bard, a rogue already can access many of the skills that the charlatan offers, but the False Identity feature can be worth choosing this background.

You should mold your false identity to the campaign — if it is a political intrigue campaign, then a persona as somebody with access to high levels of information or political power could prove useful. Alternatively,  posing as a scullery maid has its advantages too.

Rogues who want to be even more rogue can play into the charlatan background as an explanation for their skills and combat abilities. You can even use it as a way to justify some of your more nefarious abilities. Perhaps you are a trained assassin and use the charlatan identity as a cover?

Sorcerers are also able to take advantage of the naturally high charisma that you have as a sorcerer. A sorcerer who started life as a charlatan would likely use their spellcasting to further their cons. Naturally flashy and charismatic, Sorcerers make natural charlatans.

They could even use their false identity to hide their innate powers as perhaps a way to escape the notice of witch hunters or use that false identity to try to live a normal life. Sorcerers can use the skill bonuses to help play a face character, or even to heighten their ability to control others.

A sorcerer could pose as a powerful wizard in order to gain admittance into a prestigious mage college in order to get a powerful artifact. With larger than life false identity, a sorcerer could use their natural charisma and force of personality to create a following and perhaps even make a power play to take control of the local kingdom.

Of all classes, the charlatan background offers warlocks another way to be devious and to pursue their patron’s agenda. Perhaps the pact came as a result of the life of cons that left you in a tight spot rotting in a prison waiting for execution. As a warlock charlatan, you are provided with a fertile start for an interesting background.

Additionally, you can use your false identity to create a respectable persona to live your daily life while pursuing your patron’s agenda in secret. This can be a perfect combination for an infernal pact warlock who poses as a priest or even one who is posing as a cult leader in order to destabilize a patron’s rival.

Wizards are not naturally charismatic and may not often have the charisma or skills to pass social checks, but the charlatan background can help expand the wizard beyond the stereotypical bookworm.

I immediately get an image of snake oil salesmen, with a top hat, colorful jacket, peddling potions and hair tonics to witless peasants. A wizard combines a fearsome intellect and a powerful skill at lying to create a powerful combination.

Lie your way into libraries to copy down a powerful spell, swindle alchemists out of scrolls, and make gold in an easier way than selling your services as a wizard. Why do that when you can easily turn a quick 100 gold pieces by selling genuine Troll Regeneration Tonic.

Next week we will take a look at the Criminal and its variant, the Spy!

Want tips on roleplaying your favorite races? Check out them out here.

How to create tension in your game