How to create a story through your dungeon, Part 2 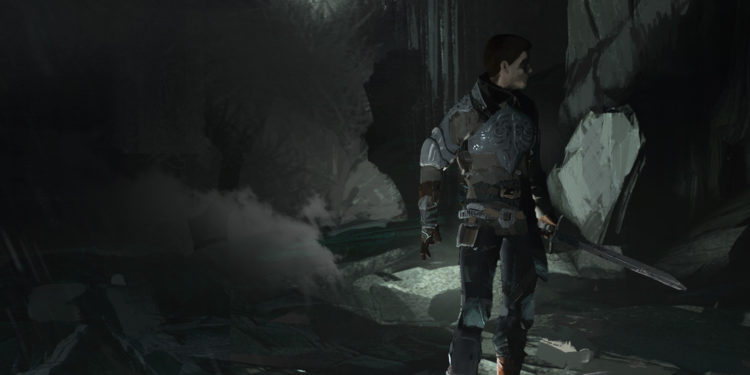 Two weeks ago I started explaining how it is that great dungeons work. What makes a dungeon great and unforgettable? I had a list of things you must take into consideration, using tips from some of my previous articles. Now, that list was incomplete as I stated in it. There are at least three other points you must consider as well. Which are these and how do we apply them to our dungeon design?

We will be continuing to use the Mines of Madness example to have a fully-fledged story for our dungeon by the end of the series. Once we have that, the only thing left is to draw the dungeon itself. With all the things we are determining it shouldn’t be much of a problem. What’s more, I don’t consider myself a good dungeon drawer and prefer to use internet tools for it. Now with that out of the way, let’s keep going with the interesting stuff:

Notice that when I state traps I don’t necessarily mean a ballista that shoots at a player character when they step on a pressure plate. Traps can mean many different things. These range from the classic relic that if grabbed calls upon a tumbling giant boulder, to a riddle in a wall that if answered incorrectly starts to fill the room with water. But why is it that the dungeon has traps at all? Or does it not have any?

Let’s start from the beginning. How can we establish if a dungeon should or not have traps? In order to decide that you must first think of the points stated in Part 1. Bandits may create some traps from time to time, but if they are trying to create a hideout it would be weird to accidentally walk into a room and die. Oozes don’t need traps as they can’t construct them. They are the trap itself. However, if you wanted an ooze-filled dungeon to also have traps you can do it by first defining the construction materials and structure. A temple of some ancient demon may be filled with both oozes and traps laid by cultists for example. However, these traps should have some sort of easy mechanism to deactivate traps or some way to avoid them. The demon doesn’t want the cultists dying, or does it? See? It doesn’t matter which answer you give to the question; it will give some personality to the demon, and a story to the place.

We know this is a cavern that was mined until it reached a duergar settlement. We also know that dwarves were taken as prisoners by the duergars. In addition, they all became thralls for the mind layers that came in later. Thus, all creatures we established were here are connected to the Elder Brain hive mind. Would an elder brain want to protect its location? Of course! Does it want the traps to work as a trial for adventurers? Nope, the elder brain wants all creatures that come close to it to either die, be enthralled, or be immobilized enough time for a mind flayer to devour their mind.

Now that we’ve taken all that into consideration, which are the kinds of traps that adventurers may encounter in the dungeon? If possible, these should be traps that immobilize the PCs and alert mind-flayers, so they can arrive and have supper. Mind flayers and Elder Brains are incredibly intelligent individuals, so they may set traps that split the party in some way, taking the dumb barbarian by surprise to stun them with a psychic beam.

There’s something else that should be taken into account. What if the duergar and dwarves left traps as well before getting captured? It doesn’t make much sense for dwarves to place traps in a mine, but there could be some corridor with loose rocks that may fall on a PC if not cautious enough. The duergar, on the other hand, I imagine them protecting this very settlement from other dwarves that may come from the mines, thus laying pressure plates, swinging axes coming from the ceiling, and unstable rock bridges that fall into lava. 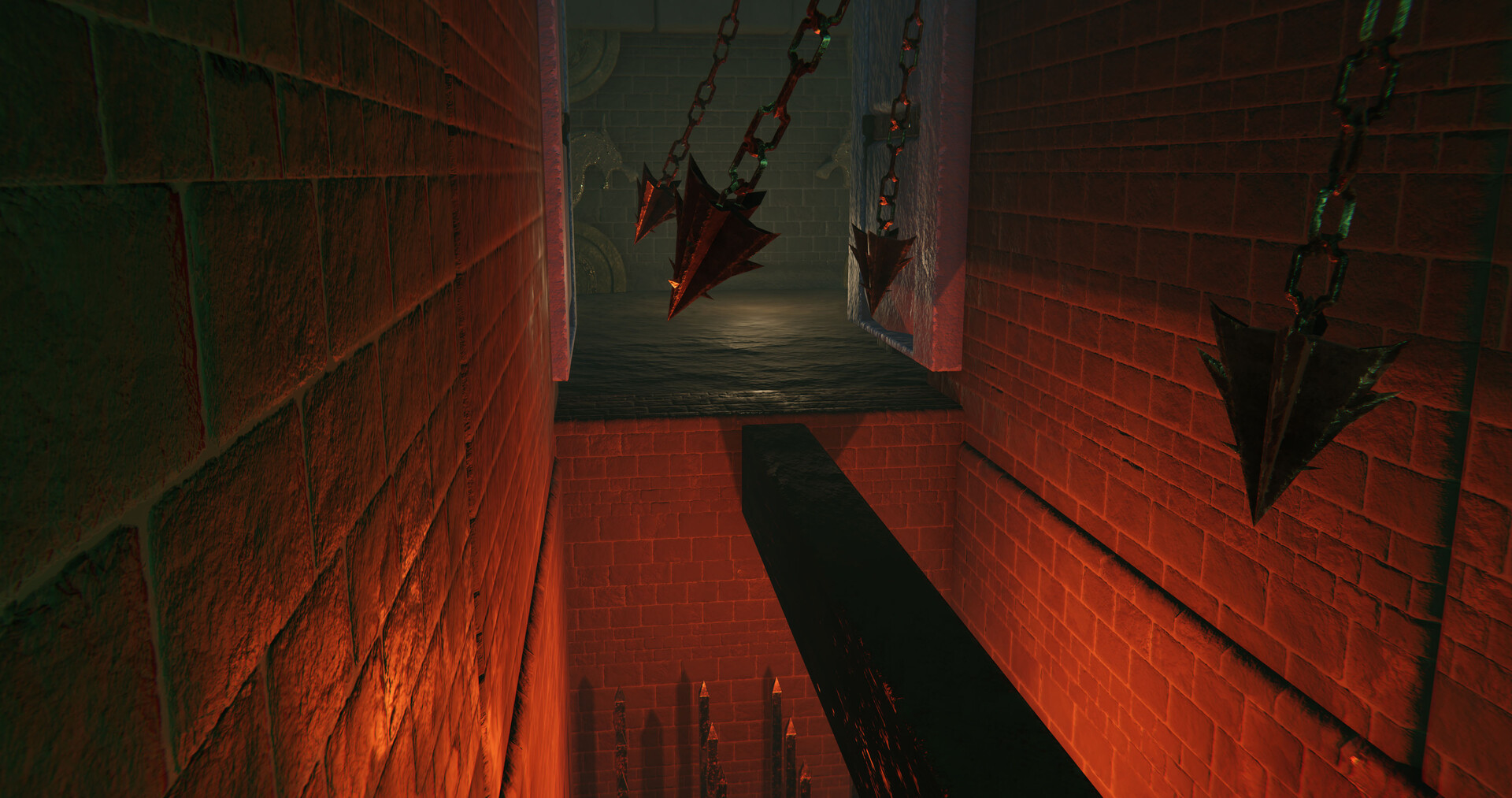 State of the Dungeon

We covered a bit the current state of the dungeon on Part 1, but we mostly talked about both the materials and the construction. How much time has this dungeon been this way? How well treated is it? A destroyed wall could mean combat took place in the area for example. If there’s an unnatural purple fog in the whole dungeon, what’s the story behind it? Maybe this dungeon is where an epic battle between two wizards took place. If it’s covered in plants similar to the apocalypse-style world from The Last of Us, are there now fungi-like creatures living here? Or is a druid living nearby?

A wizard tower is found at the corner of a cliff, its brick walls on the inside filled with moss and decayed. Books are thrown everywhere and ink spilled all over the scrolls on the table. However, there are small footprints on the ground. The state of the “dungeon”? In this case, it means the place was probably ransacked. Is the wizard dead? Was it taken as a prisoner? This gives the player an idea of what they are to find in the dungeon they are delving into.

We’ve decided that what happened here is that the dwarves were taken prisoners, only to be taken with the duergars as thralls by the alien mind flayers. Let’s think a bit about the 4 different sections this dungeon has: Firstly, the cavern section is doing fine and hasn’t changed much from its start. We can add a section with fungi and a small community of fungi people just for fun. Secondly, there are the mined tunnels. We can have many forked sections, some of these ending in collapsed tunnels. Is there a path behind these collapsed rocks? We could add a dead dwarf with a magic item maybe to reward the players for exploring. Then there’s the duergar settlement. This at one moment could have been pretty well kept, but now we can fill it with dust and traps to represent that not many people have reached this place and those who did found their doom in the traps. Lastly, the section created for the mind flayers is excellently well kept. Tentacles are chiseled in the tunnel walls and look particularly new. Yellow eyes are placed on the walls as well, following those who walk in front of them. These work as a surveillance system the Elder Brain can use. 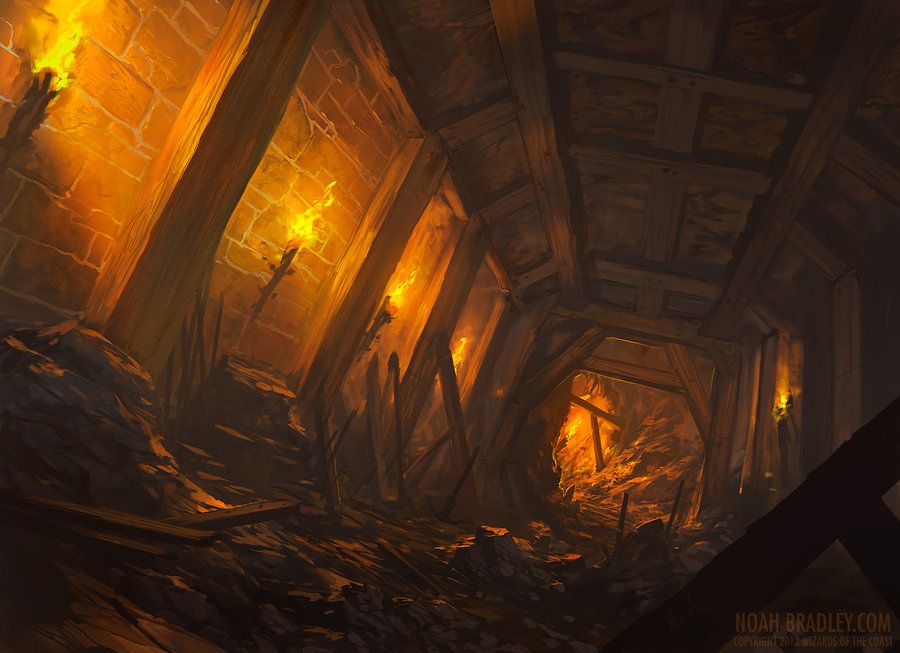 Another classic in dungeons. These can be created to offer explicit information that can serve as plot dumps or exposition, as well as quest starters, or clues on how to defeat a villain. That’s why these are the epitome of ways to give your dungeon or characters a story, but they could be much more. A note (journal, diary, etc) on their own seems like the easy way out. A way to easily give your dungeon and story without much effort. You can do that, but where’s the fun in it? In addition, what’s written on it could be the least important storytelling part of it if you wished to. A writing chiseled in stone gives a much more different feel than a sheet of paper. A drop of blood on it could state that whoever wrote it died doing so. The fact that a letter written in dwarvish is in an elven temple could also awake some mystery. The calligraphy itself could let the players know that this sheet of paper was written by the same individual they saw writing a book in a past tavern. Where was it found? Was there something along with it? There can be an entire story behind a single sheet of paper.

Notes and journals work great for handouts as well. Players love these, and there’s a lot you can do with them. If you can get hold of a wax seal to place on it, it could be used as a way of telling the players that someone from a noble house wrote the letter. Tearing the note to pieces not only works as a fun puzzle for the players to reconstruct but it also means that someone tried to get rid from it or didn’t like it after a read. Hiding the message with invisible ink is also a fun choice that can mean that a wizard tried to hide the message with magic, or simply that a thieves’ guild uses invisible ink as a way to hide secret passwords to enter it. 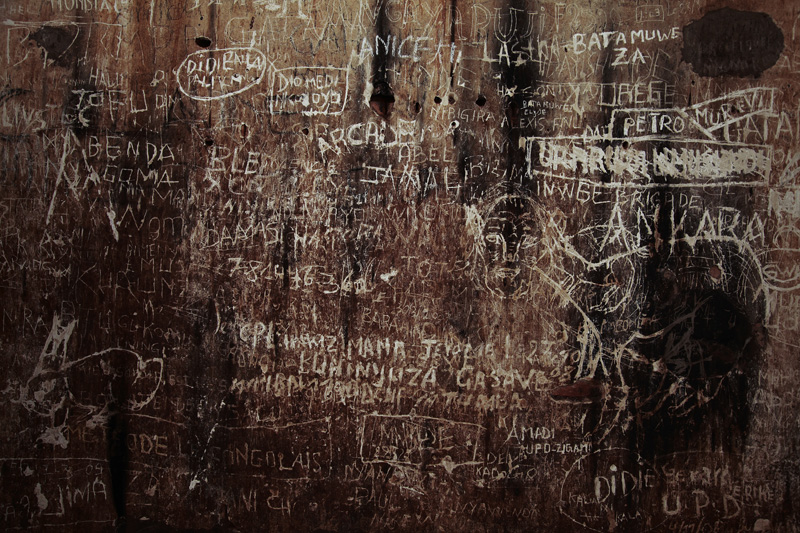 By following these 6 steps, you will be able to create an amazing dungeon in no time. This will also include a story in its foundation to tell and discover. That’s I think how I believe these well known dungeons are made for the modules, turning into classics in our hobbies. Try giving a read to as many popular dungeons as you can to steal some ideas and gain some inspiration as well. You will find out it is not that difficult to make an extremely memorable dungeon for your players, not only remembered for the battles but for the dungeon itself.

Do you have a different way to plan out great dungeons? Do you think I missed some important detail when creating dungeons that tell a story from their mere existence? Tell me all about it in the comments below!

HOW TO CREATE A STORY THROUGH YOUR DUNGEON, PART 1

We’ve created a great story to tell with our dungeon. But what if we want to help create a great story for a starting player’s character? In this article I teach you how to do so, allowing you as a DM to help the player create exactly the character the player wants to play.