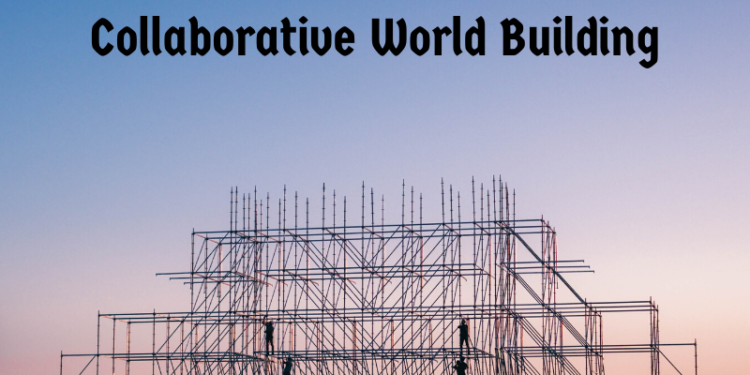 Whenever starting out on a new campaign, the setting is often the first thing that I ask about. It’s often some aspect of the setting that really engages me and I can spin that out into a character. Perhaps it is to explore some theme, or uncover a mystery or even have my character change the world and leave their mark.

But, I find that the best world-building isn’t done pre-session zero, but during it. Involving your players in the creation of the world makes the entire experience even more fun. And everyone begins the campaign intimately familiar with the setting. They’ll have a relationship with the setting, or places in the setting, and going there in-game will be that much more exciting. It cuts down on exposition and allows for more fun exploring, fighting, and roleplaying.

Three (or more) Offers Each

I owe being introduced to this one to my current DM for a discord chat-based campaign. The way that this one works is that each player gives two adjectives or themes in a round-robin style.

Then, the players go back in turn (either the same order or a different one) and create a place, rumor, or NPC in the setting based on the offer, or add to an offer somebody else gave. There is one optional caveat however you may wish to introduce: You cannot create for your own initial offer of adjective or theme.

Let me give an example of this in action.

Let’s say our group of four adventurers come up with some initial offers for a campaign set in a vast desert. We’ll list a couple for the example:

In the next round, the players (except for the initial offerer) create something in the setting based on the adjective. For “Forbidden” they come up with:

Using this technique you can build a shared world very quickly. Be sure to record and collect all the offers in one place, like a world gazette.

During session zero, the DM and players collaborate to weave their backstories together, using the elements in them to create a setting.

Let’s say that in our example group we have Lugna, the Dwarf Wizard, Zats, the Gnome Barbarian, and Traybee, a Triton Monk. In the development of the backstory, we learn where Lugna studied, where Traybee trained and where Zats was stranded in the wilderness growing up.

These locations form the basis of the setting. Then, weave together the party so that they have a reason to meet. This can be helpful to do to align character objectives together so that the characters have a roughly similar trajectory, but don’t worry if their quests are going in twenty directions.

Character objectives similarly need places to happen in. If Lugna want to avenge her sister who was assassinated by a rival noble house, they’ve gotta have a place to live and the assassin came from somewhere.

Collectively, you can build the relevant details of the setting by creating the characters. This embeds them into the world, giving instant connection and weight to their quest.

But don’t make the world about the players. Life should go on even when they’re not there.

This method is based on the improv game “One word story”. Each player (and the DM) take terms giving a one-sentence detail or description of something in the setting, a person, place, rumor, or thing.

This might become very silly quickly, but it can be used to help get the creative juices going! Have fun and don’t forget to add little secrets into the world for the players to discover. As the game goes on, take note of little offers that come up during play. Continue to co-create the world with your players!