How to Create and Use Lore in a Tabletop RPG 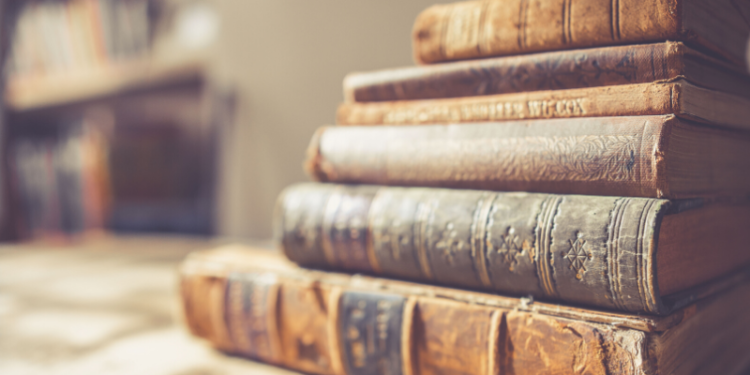 I’m sure that joke has never been used before. Lore refers to the world’s backstory, and it serves to help give the campaign setting its own sense of character. Good lore creates depth, makes it world feel lived in and real. Bad lore is exposition that is skipped or ignored and often can stifle a session.

The key difference between the two is not what the lore is, but how it is used. Lore is just fancy talk for information, and too much of it can muddle a campaign. Let’s explore how to create good lore and how to use it in your tabletop roleplaying campaign.

It is helpful to first break down generally what kinds of lore there are beyond “bad” and “good”. I use two lore groupings, which I will refer to as onstage lore and offstage lore.

Offstage lore is generally kept from the players and is DM exclusive, or isn’t necessary for understanding the world and playing in it. For example, a war between dragons 200 years before the campaign might not be a secret, but unless it is relevant to the players, it’s not needed to be presented. You can also keep things like the true reason why elves vanished from the forests, or why a particular strait is avoided to yourself, especially if you need to withhold this information to create tension.

Onstage lore is player-facing information about the world that is given to the players either directly or indirectly. Examples include setting information and any in-game lore pieces (wanted poster, journal entries, books, aphorisms NPCs say, etc.)

Some lore accomplishes all three, like a journal revealing that an unnamed countess is plotting to murder the king because of his sudden turn toward democracy. Others just serve one or two of the purposes, like a poem describing a battle in which a sword is lost (world development & plot hook) or an orcish war chant that is sung when a bloodless death takes a warrior (world development).

Offstage lore is generally kept from the players and is DM exclusive, or isn’t necessary for understanding the world and playing in it. For example, a war between dragons 200 years before the campaign might not be a secret, but unless it is relevant to the players, it’s not needed to be presented.

You can also keep things like the true reason why elves vanished from the forests, or why a particular strait is avoided to yourself, especially if you need to withhold this information to create tension.

Offstage lore can certainly become onstage lore, especially if needed to set up the next adventure.

Any lore that is “good” should try to fulfill these two attributes wherever possible. These are not rules so much as good practice to create lore that is engaging and playable. After all, we are playing a game, not writing a collective novel (…wait — that’s a great idea!).

Any lore that you introduce should be there for a purpose. Whether it is to create atmosphere, create tension, help with the character development of NPCs or PCs, give a clue to a mystery, provide context for an event, or even motivation for a villain, give your lore something to do.

Simply creating an atmosphere can be enough to merit a piece of lore’s inclusion. The fact that the tombs under the city were closed up for hundreds of years could serve just to enforce a gloomy town’s macabre vibe.

Make It Relevant to the Story

Tie the lore that is introduced to the story, and to the players (as directly as you see fit). This means that the history of a kingdom never visited by your players might be an epic tale, but unless the players are going to that place and the history is important to know it is not relevant enough to include.

Your bit of lore can also hint at some greater mystery, and it can be used as breadcrumbs leading the players through the campaign, connecting the adventures together. Whether that is learning that an orc leader was using a war hammer made from metal sourced from dwarven mines, or the same symbol carved into each of the orphanages in town. Lore is a great place to hide future adventures in.

How to Incorporate Lore Into a Campaign

You really have three basic mediums to transmit lore in a tabletop RPG, so let us explore how you can use them to weave lore into the campaign.

Dialogue serves great places to hide lore. Whether it hints about some newly discovered dungeon overheard in a tavern, or a librarian briefly mentioning a goblin merchant caravan, slipping in hints about the world can help build it up.

You can also use lore to inform the culture and customs of different people the players meet. Language barriers, cultural misunderstandings, and the struggle to fit into an alien society can be very compelling adventures.

I think of Skyrim as a great example of this. In the game, books written by in-universe characters detail an often contradictory history, record poems and songs, or reveal information about races, cities, and people.

While you don’t have to create a library of lore just for a campaign, you can use written works to reveal information about the world. A bard could be singing a familiar tune “King Dourwood the Tyrant” and that could reveal world information, or even elicit a reaction from an NPC who fought against his tyranny.

Here is where you can get real crafty. Creating actual journals, wanted posters, recipes, notes, or torn up and half-burned clues can be a great way to immerse your players in the world and to give them a real sense of living in the world.

Props can help show culture too. If you have a talent for crafting, you could make a gnomish scarf with a special pattern, or a dwarven level, or elvish sculpture. These can either serve as important parts of a quest or be memorials to an epic moment in a campaign.

Lore is a great way to draw players in, introduce plot hooks, and flesh out a game world. However grand you go with presenting the lore, be sure that it helps move the campaign along and is relevant to your players.

What is your favorite piece of lore you’ve made? Share it in the comments below!