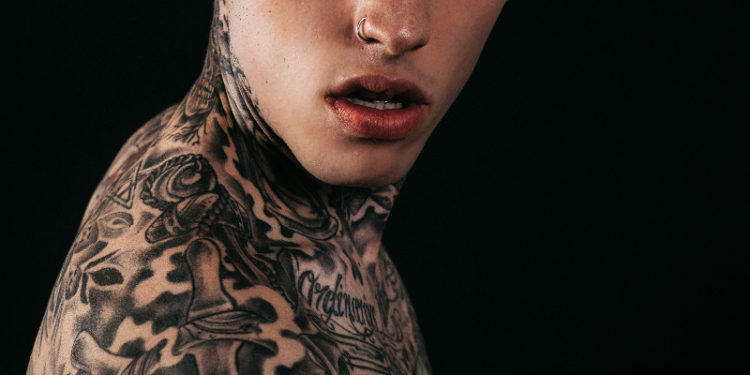 In part 1 we gave a definition of a tattoo,. We also examined how different classes might use tattoos,. Finally, we looked at monster markings and tattoos, as well as tattoo power levels. In part 2, we talked about how magic tattoos and other items might interact. We also discussed magic tattoo removal, how religion and different sects of society might react to the tattoos. Then we discussed activating & advancing magic tattoos. Finally we discussed creating new tattoos, and cursed tattoos. In part 3, we looked at tattoo rarity, spell Level, & Character Levels. We also discussed tattoo suggestions, and began discussing tattoos PC races might take. In the last section, we continued examining PC races and tattoos. In this article, we will cover Dwarves & Elves.

As with the previous articles, tattoo rarities are listed from [Common] to [Legendary]. Spell levels will be numbered 1 – 9.

“Standard Dwarves” are ever-the-practical craftsmen and warriors will typically choose tattoos that will aid them in these ventures. Such spells & abilities include:

Hill dwarves, also known as Gold Dwarves would have the same tattoos as standard dwarves, but might also have the following:

Mountain Dwarves, also known as Shield Dwarves, are mainly isolationists or wanderers. Isolationists are dwarves who wish to protect their strongholds. Wanderers, on the other hand, are those who seek out adventure or to reclaim old, forgotten strongholds. Both would tattoo themselves with protections against their hated foes:

The protection may come in a variety of ways:

The Duegar are also known as Gray Dwarves.

Moon elves, are the “standard” elves of most fantasy settings. Also known as silver elves, they are the most common and accepting of all the elven subraces. They are a nomadic people driven by wanderlust. Because they don’t have “roots,” they’ll often be found living among other elves, gnomes, humans, and halflings. Because of this, most half elves you meet will be of moon elf origin.

Their wanderlust encourages them to take up the adventuring lifestyle. Typically, moon elves don’t take things too seriously. Instead, they prefer to enjoy life’s simple pleasures. They love exploring the untamed wilderness. When not traveling, moon elves enjoy drinking, gambling, and reveling.

Due to their varied experiences living among different peoples, they tend to pick up a variety of skills. Thus, they often could be found in the varied roles of arcane archers, artists, bards, bladesingers, fighters, rangers, rogues, and wizards.

They are fond of pets, such as cats, dogs, falcons, or other hunting partners. Many also formed close bonds with self-aware creatures. However, most moon elves do not keep mounts, preferring to walk.

Because of the varied nature of moon elves, their tattoos would be as varied as they are, but would focus on those areas that would help them the most. See part 1 for how different classes might use tattoos. Clerics who are on the road all the time may decide to take the travel domain, The DM’s Guild also has a version here.

Also known as dark elves, among other names, the Drow are a dark-skinned sub-race of elves that predominantly lived in the Underdark.

The Eladrin are fey-touched elves. They are associated with the seasons. Mechanically, they can change their season during a long rest. Instead of static tattoos, they might choose tattoos that change. Conversely, they may have tattoos that are active only during certain seasons. Look at the Druidic Circle of the Season class for inspiration. Or this one from DM’s Guild. In looking at the spell list, the character’s level would determine the spells available, as well as how often they could be cast.

High Elves are also called Sun Elves in Forgotten Realms. Among their ranks, they have highly skilled craftsmen to whom few can compare. Like their dwarven craftsmen counterparts, city-dwelling high elves might have tattoos that summon beautifully crafted, expertly made tools. These isolated elves are less motivated to become adventurers. The few who do are often spies, scouts, and explorers gathering lost secrets to bring back with them. Because many of them end up with levels of bard, bladesinger, or arcane archers, tattoos that enhance bardic or archery related abilities that would be [Rare] or [Very Rare] for other races are [Common] for high elves.

Wood elves are often stronger, but frequently less cerebral other elves. Disdaining metalwork, wood elves are among the world’s best carpenters and stoneworkers, masters in the crafting of bows and arrows as well as in leather tanning. They even have elegant-looking specialized arrows. Some arrows fly further than usual—others, as signaling devices. Wood elven leather armor also doubled as camouflage.

They are also the most isolationist of all the elves. Some might even call them almost xenophobic in their desire to avoid contact with the outside world, if possible. Wood Elves desire to live in harmony with nature. They wish to have as minimal of an impact on their natural surroundings as possible. This fact is reflected in their architecture. Frequently, their homes are fieldstone or carefully furnished wood. Sometimes they live in trees or caves, rejecting anything they couldn’t carry with them. So close do wood elf villages resemble their surroundings that humans occasionally wander through one without even noticing.

Because of this, their tattoos would reflect their love of nature and isolationistic tendencies.