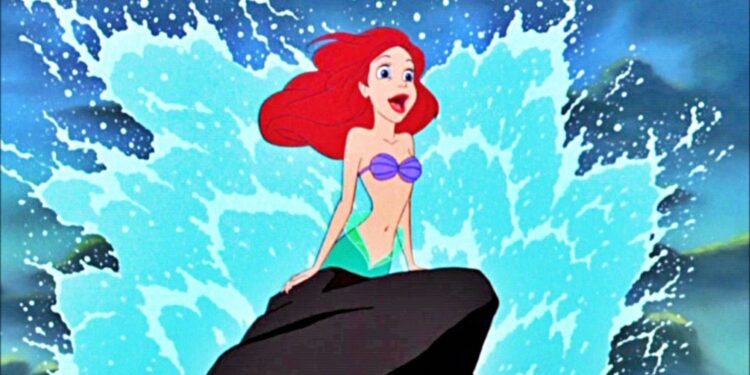 This week on the Campaign Trail I wanted to share a subclass I am working on that is intended for our upcoming Under the Seas of Vodari. Back when we were writing the original Seas of Vodari book we looked bringing in a sea singer type bard similar to Rich Howard’s College of the Sea Singers which focuses on enchantment. For the book, we ended up going with the College of Nature and College of Shanties, but I kept this concept on the back burner for Under the Seas of Vodari. As Brandes started development on the College of the Deep Dreamer, it started to make sense that these two bards would share similarities but also act somewhat as opposites as well. With one being a bard whose songs are inspired by the strange things that slumber in the deeps and the other frolicking above and below the waves singing under the sun and moon.

College of the Sunlit Seas

A bard from the College of the Sunlit Seas travels above and below the waves, looking to experience the ocean in all its majesty. These bards come from anywhere that is touched by the sun and sea, from sun-drenched beaches to twilit seabeds deep below. Often called sea singers, they are known for their powerful and skilled vocalizations. They’re capable of captivating an audience with only their voice but are happy to be accompanied by instruments as well. Fame comes easy for these bards but won’t keep them from the sea for long.

Bards of the College of the Sunlit Seas excel at connecting to the weave through their mastery of pitch, tone, and rhythm. They learn to strengthen this connection through experiences only found far from the stage. The challenge of adventuring across the seas provides a slew of powerful emotions. These bards also absorb the sounds and rhythms such as crashing waves, whale songs, snapping shrimp, the rumble of a volcano, or their own racing heartbeat. All of these experiences help them channel the sea and deliver performances that inspire their allies and demoralize their adversaries.

College of the Sunlit Seas Features

You gain proficiency with the Performance skill, or with another skill of your choice if you’re already proficient. Whenever you make a Charisma (Performance) check to sing, you make the ability check with advantage.

In addition, you can also use your singing voice as a spellcasting focus for your bard spells, even while singing a song.

Songs of the Sunlit Seas

Grasp of the Slippery Eel. Choose a willing creature within 60 feet who can hear you. They have advantage on checks to grapple a target and advantage on Strength (Athletics) or Dexterity (Acrobatics) checks to escape a grapple. In addition, they can add your Bardic Inspiration die to one Strength (Athletics) or Dexterity (Acrobatics) check they make each round.

Sting of the Ray. Choose a willing creature within 60 feet who can hear you. If they make an attack that causes piercing or slashing damage, the damage type is poison. In addition, on their next attack roll that hits, the creature can add the number rolled on the Bardic Inspiration die to the damage. If hit, the target must make a Constitution saving throw against your spell save DC or become poisoned.

You learn to create a melody that distracts your enemies. As a bonus action, you perform a song that sounds like a crashing wave, a whale song, or any other natural noise of the sea, which lasts until the start of your next turn. Choose a willing creature within 60 feet who can hear you. During this time, they make any Dexterity (Sleight of Hand) or Dexterity (Stealth) checks with advantage and add your Charisma modifier (minimum of 1) to the result.

The Distracting Melody ends early if you choose to stop singing, you are incapacitated, or you begin another song.

Serenade of the Wind & Sea

You gain the ability to serenade the wind and sea, drawing a swift-moving current to you. As a bonus action, you sing until the start of your next turn. When you do so, choose a number of creatures that can hear you within 60 feet, up to a number equal to your Charisma modifier (minimum of one). Each creature’s speed and swim speed increase by 10 feet and they don’t provoke opportunity attacks.

Once you use this feature, you can’t do so again until you finish a short or long rest.

This subclass will likely get some tweaks and overhauls before it ends up being published anywhere, but I wanted to share it with our readers for playtesting and feedback. Any comments below are appreciated!

This bard’s inspiration comes from a mix of The Little Mermaid, Tangled, mythical sirens, and the pop singers whose big voices dominate that music charts. The design of this subclass has been all over the place with multiple revisions. It has seen itself as banshee-like bard lamenting for the dead to a concept similar to DC’s Black Canary whose features focus on using her voice to damage enemies. In the end, I went with a bard who sings powerfully to inspire allies and distract foes, with a variety of songs to do so. With its Sea Singer feature, this bard uses its voice as a spellcasting focus, so it’s very easy to roleplay the casting of many low-level bard spells to be sung such as vicious mockery, cure wounds, heroism, or thunderwave (very Black Canary).

Songs of the Sunlit Seas is the core of the class – like most bard subclasses, the core area of interest is what new thing you get to do with your Bardic Inspiration dice. In this case, you get to apply the dice for a minute to boost your allies in a variety of ways in and out of combat.

Distracting Melody takes this bard’s singing and points it at the enemy, helping allies to do sneaky stuff, promoting the types of shenanigans that many parties get involved in such as trying to sneak or steal while in the presence of an NPC. Depending on the group, this could help promote fun nonsense or help that sneaky PC get in and out, avoiding combat for the entire group.

Serenade of the Wind and Sea finished things off with a powerful feature to give a group mobility in combat both above and below the waves. This might be overpowered and some playtesting is required to test this one out for sure.

Under the Seas is starting to really shape up now and I’m really looking forward to sharing more of our development. We already shared all of the undersea racial options with our early access backers and a few of the races on our Patreon (Cecaelias, Grindylows, and Selkies).

Bardic College of the Deep Dreamer