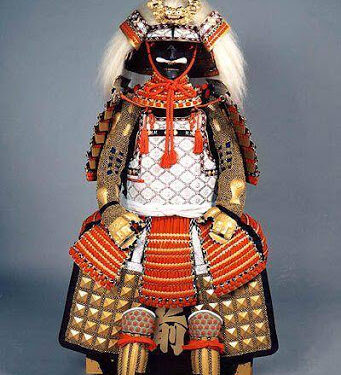 Welcome back to the world of STORM EDGE: THE ADVENTURES IN EIGHT ISLES! This week, we are delving into the Equipment options in the Eight Isles.

Armors of The Eight Isles

Armor in The Eight Isles is very different from standard 5th edition armor. Most combatants wear light armor built for speed. Only Generals or Warlords tend to wear heavy metal armor. However, with recent western influences, standard metal-made armor and shields are available in certain places, though they are rare and a lot more expensive (Plate armor is almost exclusively limited to Renowned Warlords of a certain class and their trusted generals and is often magical as well). Traditional metal armor is twice as expensive as the price listed in the Player’s Handbook, and it requires certain backgrounds to wear it as part of their starting equipment.

The following backgrounds allow you to have metal armor as part of your starting armor: Clan Crafter, Far Traveler, Inheritor (as part of the inheritance), Knight (You are a member of a Samurai Clan or a foreign Knight), Noble (and other variants of the Highborn background), Pirate

Additionally, industrial races that know how to work with metal like Dwarves, Gnomes and Orcs/Half-Orcs may have any metal shield or armor that the Player’s Handbook allows as starting equipment for their race and class. 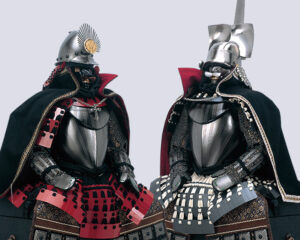 Armor Specific to The Eight Isles

Shield and Other Additions

(Takes an action and a free hand to stand it, and you may not move once you use this action until you take un-stand it with a free action. Shield Master Feat will let you stand it as a bonus action)

(You may not wield a weapon in the same hand however you can use it as an off-hand weapon with 1d3 bludgeoning damage. If used this way, you lose its AC bonus until your next action.)

(When not wearing armor)

Weapons of The Eight Isles

Many of the weapons that can be found in the Player’s Handbook and Western Sunset Lands are also available in The Eight Isles, though some look different and some have replacements. Please see below for specifics. 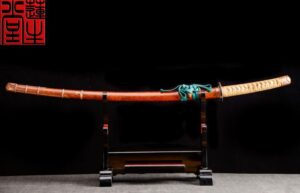 Weapons from the Player’s Hand Book

The following weapons from the Player’s Hand Books are available in The Eight Isles under different names as listed.

Weapons Specific to The Eight Isles

(+2 bonus on your opposed attack roll when attempting to disarm an enemy.)

(+3 bonus on your opposed attack roll when attempting to disarm an enemy.)

(range 20/30, Can hit two targets within the closer range)

(+2 bonus on your opposed attack roll when attempting to disarm an enemy.)

(Comes in a pair, can help with Climbing, add +1 AC to unarmed combat, not considered armed)

(Reach applies only to chain, +2 bonus on your opposed attack roll when attempting to disarm an enemy.) 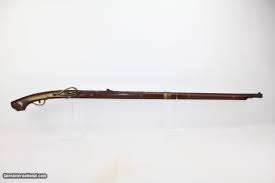 Firearms are a new and volatile technology in The Eight Isles, (also limited for the use of war lords normally, made by the cooperation of gnomes and orcs in Taneka Island) and as such bring their own unique set of weapon properties. Some properties are followed by a number, and this number signifies an element of that property (outlined below). These properties (copied from Gunslinger class by Matthew Mercer) replace the optional ones presented in the Dungeon Master’s Guide. Firearms are ranged weapons.

Reload. The weapon can be fired a number of times equal to its Reload score before you must spend 1 attack or 1 action to reload. You must have one free hand to reload a firearm.

Misfire. Whenever you make an attack roll with a firearm, and the dice roll is equal to or lower than the weapon’s Misfire score, the weapon misfires. The attack misses, and the weapon cannot be used again until you spend an action to try and repair it. To repair your firearm, you must make a successful Tinker’s Tools check (DC equal to 8 + misfire score). If your check fails, the weapon is broken and must be mended out of combat at a quarter of the cost of the firearm. Creatures who use a firearm without being proficient increase the weapon’s misfire score by 1.

Explosive. Upon a hit, everything within 5 ft of the target must make a Dexterity saving throw (DC equal to 8 + your proficiency bonus + your Dexterity modifier) or suffer 1d8 fire damage. If the weapon misses, the ammunition fails to detonate, or bounces away harmlessly before doing so.

Ammunition. All firearms require ammunition to make an attack, and due to their rare nature, ammunition may be near impossible to find or purchase. However, if materials are gathered, you can craft ammunition yourself using your Tinker’s Tools at half the cost. Each firearm uses its own unique ammunition and is generally sold or crafted in batches listed below next to the price.

Firearms available in The Eight Isles

Since many of the weapons given as an option for a Class’s Starting Equipment are not available in The Eight Isles, here are the list of equivalent weapons that could be substituted:

For the classes that can wield Special Weapons (Fighter, Monk, Rogue), the martial weapon in the Starting Equipment (or in Monk’s case: where it concerns Kensei weapons) may be substituted with Special Weapon from the weapon list.