How to make “leveling up” a narrative tool 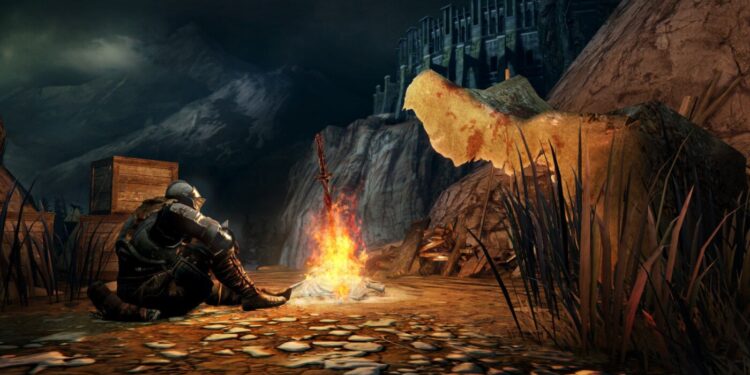 You killed a dragon, gathered a certain amount of experience for doing so, and lvl up, just while the lair the dragon was in starts to crumble and collapse. The draconic sorcerer makes wings appear from its back and begins to fly out. Why didn’t she use those wings during the fight??? That could have been of great help when the cleric fell from the cliff! Oh, yeah… She instantly found out how to fly AFTER she defeated the dragon, no context given. Why do we keep allowing these ridiculous things to happen in our D&D games? Let’s fix leveling up moments and find out how to do it properly!

What do I think of this ongoing battle that hundreds of roleplayers keep having? Wizards of the Coast definitely seems to have taken the milestone approach as the default one lately. This does make sense. Milestone leveling does make it far easier by not having the DM bring a calculator, sum all the XP from combat and encounters. Why is it that lots of roleplayers still keep using XP for leveling then? Let’s examine it a bit:

Gaining XP at the end of a session grants a level of excitement that very few things can compare. Maybe you have one of those sessions that was mostly traveling, encounters, and the beginning of a dungeon, with the most exciting thing being that you fought a bunch of bugbears and knowing that the exciting stuff is happening next session. If you were doing milestone leveling, players would maybe think of this session as a filler. However, the XP method gives the players something to be excited about at the end of it. Something that makes all decisions and the entire session totally worth it. While milestone leveling actually works similarly, this is done in the background by having the players only know the moment they level up.

Why did I bring this subject out when the article is about something else? I needed you to know my opinion on XP leveling, and that introduction was necessary for it. Now to the actual point of the article. 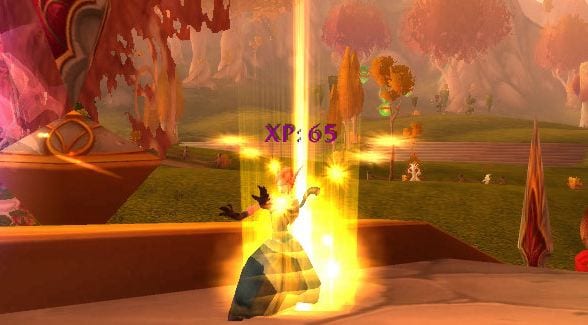 World of Warcraft. Avoid leveling up like MMOs in your TTRPGs at all costs.

Why do I use Milestone leveling?

From reading what I put above you would believe I may have strong opinions against Milestone leveling. In fact, I do have a special place for them both, but I use them in different kinds of campaigns. Milestone is better for campaigns that focus on a strong narrative and character arcs. XP works best on campaigns that focus more on exploration. I find it a burden in my story-heavy game to track XP to give at the end of the session, and I find it better to grant a level whenever I see fits better in the narrative. Which do I consider is the best point to level my players up then? That’s what this article is actually about. If we want player characters to level up at a good narrative point, we’ll need to leave XP leveling at the side. We want levels to be meaningful, and for that, we may need to do a bit of railroading from time to time. But first, I’m going to need both you and your players understand and come to terms with a hot take:

Having player characters level up at different times is ok

Yep, this is controversial. For some reason, some players hate seeing their teammates level up while they stay at the same level.  It can suck… But that only means that you are soon to level up as well. You should be excited about that, not bummed. Don’t have one character gain two levels one after the other while their friends stay the same though. That only works on some specific kinds of campaigns. This is a cooperative game after all. From the two options I talk about in this article, one involves having all players level up at the same while the other doesn’t. Even though I prefer finding the right moment to level up each individual player character, use the one that suits you and your players best. It’s your game after all 🙂

Using downtime to level up

The most classic and videogamey of the two is leveling the PCs up when you as a DM consider it the right time to do so, and they take some downtime. Storywise, it would make sense for the characters to level up at this moment. They spend some of their time training and researching, praying, or climbing in the thieves’ guild ranks. That is enough to give the player character a reason to learn a new set of spells, a new ability, become hardier or make a pact with the devil. If you are having your campaign revolve around going for adventure and spending some downtime in cities from time to time, this can become your leveling method. It is easily far more believable than the wizard who learns a new spell out of nowhere after defending a city from an orc attack.

Want to have the leveling up be hilarious? Play some training montage song in the background and ask all your players to describe in the cheesiest way possible how their characters are training or studying to level up. You will all get a great laugh out of it and the level up will make more sense. Another possible thing to do is to have a 10 minute moment per player in which you describe what their characters are doing individually to find out they’ve gained a new ability. You won’t get much surprise from the players as they surely already know what they are getting on their next level, but you may be able to build a defining character moment from it, such as the sensei teaching the monk how to move and hit to stun their foes.

Leveling up at the ideal moment

This one requires a bit more effort to pull off, but if well prepared it can create a fantastic character moment your player will surely love and remember. When the lvl 1 paladin is about to lay the last blow to the bugbear that took down his friend, you as a DM look at the bugbear’s hit points and understand the bugbear has no chance of surviving the hit. You ask the player if he wants to say some prayer or phrase as he lands his blow, to which the player says “By all holy and unholy, you shall perish under the everglowing light of Pelor!”. Then, you continue to describe his weapon glowing with the sun’s light as he absolutely destroys the bugbear, whose corpse falls by the side, burning with the holy fire from a divine smite. “Congratulations! You are now lvl 2”, you say to the open-mouthed player who absolutely loved the moment and got rewarded with a new level as a new wave of enemies approach to avenge his boss.

How can you pull off something like the situation I just mentioned? At first levels, it might not be a problem as there isn’t much to be gained to level up, but try doing this with your lvl15 group. There is no chance the player can get the character ready to keep fighting while the combat continues. Yep, you created an epic moment, but also a problem. How do you solve it? Easy! Have your players arrive each session with what they intend to have their character gain when they next level up, or inform the players when they’ll be leveling up soon so they can get ready for when the right moment hits. Alternatively, you can have a paper handout ready with the options for them to choose from that you hand out the moment they level up. This can save a lot of page flipping.

Some other examples are having the wizard figure out the formula to a new spell in the flow of battle. Maybe the wizard only needed to see the burning enemies from a fireball to understand part of the equation to add “Wall of Fire” to her spellbook. The cleric could level up learning the “Turn Undead” ability after coming back to life with a healing potion by one of their friends… The possibilities are endless. It might require some extra work, but it is on you to decide if you want that epic moment in your game in which the power of plot levels up the PC at just the right moment.

Even leveling up can become a great narrative tool if used appropriately. Leave out your typical leveling method and try inserting one of these two ways to make leveling even more interesting. If your players were already hyped to level up, they’ll love it even more after you implement this new method

Have you ever leveled up your players in a narrative way before? How did you do it? Share it in the comments below so we can all get ideas from each other and implement them to our games!

Your players have started to get the whole Monster Manual memorized and you don’t have enough money to get third party content. What to do now? Don’t worry, I’ve got you covered on this article on What to do when you run out of monsters! – CLICK HERE

Tasha’s Cauldron of Everything Breakdown, Part One