Using Monsters Beyond the Statblock: Goblinoids 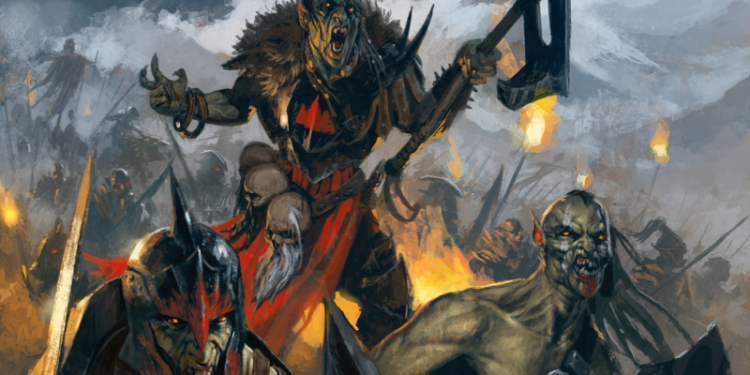 Recently, I’ve been feeling a little stuck in my encounter building. So, I decided to take a big picture look at what my process is, and I realized I really don’t have one beyond these two questions:

Those are two great questions, but something was still missing. I end up running combat encounters without the same complexity and nuance that I might run a social encounter. That makes sense seeing as I personally favor roleplaying over combat. How can I then get more out of my monsters?

Instead of approaching building an encounter based on what composition of enemies I think would present a mechanical challenge, I’ve been trying a different approach: starting with the story of the monster and then addressing the mechanics.

With that background in mind, let’s see how we might apply this approach to one of the most ubiquitous of low CR monsters: Goblinoids.

Finding the Story of Goblinoids

How do we start finding the story of the goblinoids? Well, it depends on what kind of campaign you’re running. Open world campaigns and dungeon crawls have different requirements when it comes to worldbuilding.

If you’re running a more open-world campaign, then you might have to do some worldbuilding to justify why the goblinoids exist in your game world. A dungeon crawl might need to do this, but it doesn’t have to be a priority.

This doesn’t have to be complex. Something as simple as “goblins inhabit hilly areas with easy access to food and settlements to raid” can suffice. Having a basic understanding of where they slot into your world can help answer further questions.

Why are they there?

The first question to ask is why are they in that specific place that the encounter takes place. Most creatures are motivated by some basic needs: food, water, shelter, and mates. Humanoids have further cultural motivations that can be used.

Let’s say you want to have a tribe of goblinoids hanging out in some caves in the hills above the starting village of the campaign. They would have picked those caves because there is a source of water there, access to food and it’s defensible.

Now let’s go one layer deeper. What is the higher level motivation of why they are there?

The cave can have special spiritual significance to the goblins. It could be a sacred site, or a place potent with magical energies that the Hobgoblin war chief will use to ensure their dominance over the local human kingdom. It could be an outpost to determine the strength of the resistance the goblinoid army would expect once they invade.

This more strategic level motivation can then shape the encounter by giving you ideas of things to include, and of how the encounter changes over the course of the rounds of combat.

Let’s decide that this goblinoid camp is meant to test the strength of the local human kingdom by conducting raids on the farms, thus gathering supplies and intelligence before the full assault. And we’ll use the different kinds of goblinoids to create a variety of challenges.

We can have bugbear scouts on the perimeter that alert the camp to the approach of the party. They can also show up during rests to harass the party and make them expend resources.

The goblins in the camp can have two possible states depending on how aware they are of the party. We can represent this in our notes with this notation:

We can continue this way through the camp, keeping in mind the motivations we have developed for our goblinoids. They might have some riding wolves hidden somewhere ready to pounce on the party. There might be mission orders written in a goblin code hidden somewhere on the hobgoblin captain’s body. The goblins may even flee at the first sign of resistance, returning to the main host of the army to report that some adventurers have shown up to make trouble.

What do they know?

Another aspect to shape an encounter is considering what about the players the monsters know. A dragon who has been watching the party progress is that much more fearsome if they have challenges built specifically to take advantage of the party’s individual weaknesses.

Continuing with our goblin camp, they might have some idea of who the party is, and scatter when they are alerted to them. Perhaps they burn the camp in an effort to hide whatever they can of their presence there, or to deny the party any of the goods they’ve found.

I find it difficult to keep track of all of these motivations and monster knowledge during an encounter, so I’ve started to note it out like this:

I’m eager to keep testing this new approach and next week we’ll take a look at how we might be able to apply this to create more interesting encounters with Orcs.

How do you approach encounter building? Let me know in the comments.

The Oni that ruined Jinglemas: A Tier ...