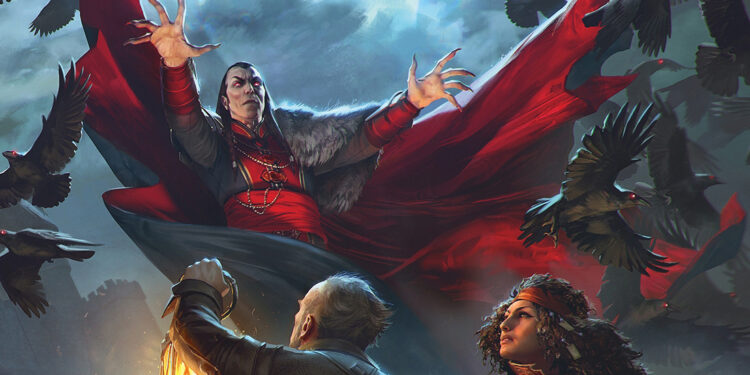 “The mists of Ravenloft are rising. Overcome your dread or forever be its prisoner!”

Yesterday retail outlets started posting holding pages for an upcoming Dungeons & Dragons book and we started seeing covers show up today ahead of the official announcements. It’s now official, the next D&D hardcover book for 5th edition will be Van Richten’s Guide to Ravenloft, releasing on May 18, 2021. It will allow for adventures that include “everything you need to craft a horror-themed campaign”. You’ll get 30 domains with 30 villainous darklords, with domains that include vampires, twisted fairly tales, flesh golems, zombies, mad science, and more. The book also has player options and a 20-page adventure called The House of Lament.

Who is Van Richten?

Visit the official page or read the info below.

Unleash the horrors of Ravenloft in this campaign sourcebook for the world’s greatest roleplaying game.

Terror stalks the nightmare realms of Ravenloft. No one knows this better than monster scholar Rudolph Van Richten. To arm a new generation against the creatures of the night, Van Richten has compiled his correspondence and case files into this tome of eerie tales and chilling truths.

Discover the mysteries of Ravenloft, mist-shrouded lands where infamous Darklords lurk among ageless vampires, zombie hordes, cosmic terrors, and worse. Then make your choice. Will you create your own Domains of Dread, settings to host endless terrifying adventures? Or will you join the ranks of haunted heroes who embrace macabre lineages, dual-edged Dark Gifts, haunted subclasses, and other forbidden powers?

Van Richten’s Guide to Ravenloft contains everything you need to craft a horror-themed campaign for Dungeons & Dragons. Unleash a treasure trove of new story hooks, character options, and campaign customization to bring one of the most exciting Dungeons & Dragons settings to life!

Here is the official press release from D&D

Renton, WA – 2/23 – One of the most popular adventures published by D&D in the last few years was Curse of Strahd which begins when characters are pulled by creeping mists into a land called Barovia. But Strahd’s domain is just one of the many Domains of Dread that make up the horror-themed setting of Ravenloft. Van Richten’s Guide to Ravenloft refreshes the setting by giving Dungeon Masters descriptions of more than 30 Domains of Dread beyond Barovia as well as the tools to create their own horrific stories, including details on each domain’s Darklord, a ready-to-play adventure, new monsters, lineages and sub-classes. Be afraid for Van Richten’s Guide to Ravenloft to pull D&D fans into the Mists on May 18.

“I’m a huge fan of all things horror, so it was an absolute thrill to frame this book around bringing frightening elements like mummy lords, cosmic terrors, and urban legends to more D&D tables,” said Wes Schneider, senior game designer and lead designer of Van Richten’s Guide to Ravenloft. “Working with exciting new voices in horror and visual artists like D&D concept artist Shawn Wood was essential to make sure we’re updating the aesthetic for today’s fans while staying true to the roots of Ravenloft.”

The correspondence of Rudolph Van Richten and other heroes of Ravenloft, like Ezmerelda d’Avenir and the Weathermay-Foxgrove Twins, introduce a new generation of monster hunters to the Lands of the Mists. Some of the Domains of Dread might feel eerily familiar to fans such as Lamordia, which explores the horror of experimentation on creating undead beings from deceased body parts by Dr. Viktra Mordenheim. Other horrors include the surreal, fairytale masquerades of Dementlieu; treachery in the war-torn rain forests of Kalakeri; and the endless zombie hordes of Falkovnia. Van Richten’s Guide includes rules and advice for DMs to create custom domains and Darklords by portraying established horror tropes or whatever special new blend of terror they can imagine.

Players can create more terrifying characters with Dark Gifts that provide roleplaying ties to the Domains of Dread by bestowing benefits that may have a deadly cost. With Van Richten’s Guide, players can also roll up a dhampir who’s been created by a vampire, a hexblood descended from a hag, or a reborn who’s been brought back from the dead. Two new subclasses further flesh out the options with the College of Spirits for bards and the Undead pact for warlocks, as well as new backgrounds to explore and trinkets to collect.

Van Richten’s Guide to Ravenloft features a cover by Anna Podedworna available everywhere and an alternate cover by Scott M. Fischer only available through game stores. 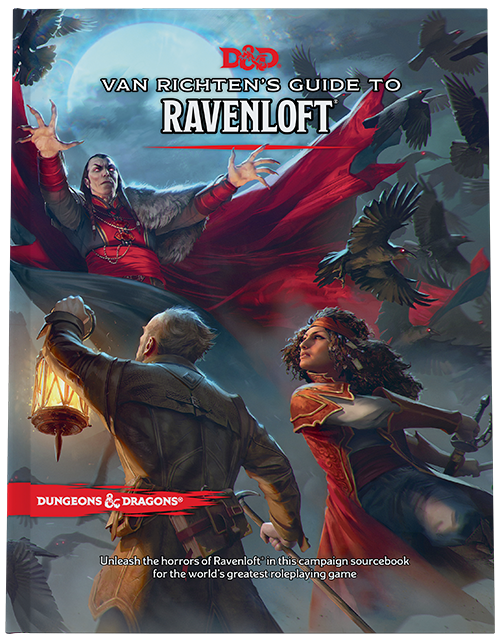 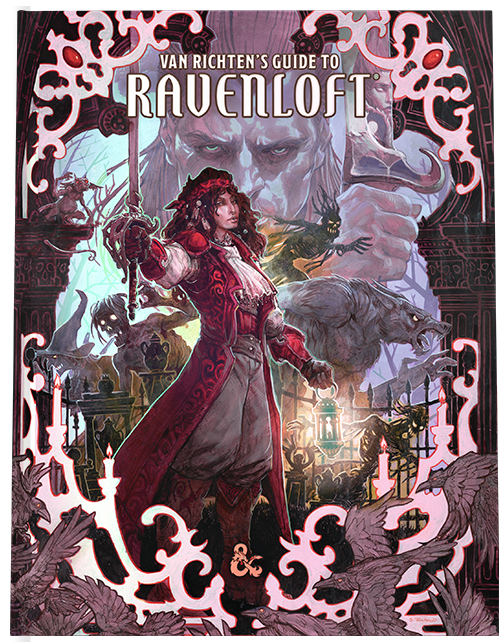 When should GMs ask for Dice Rolls?