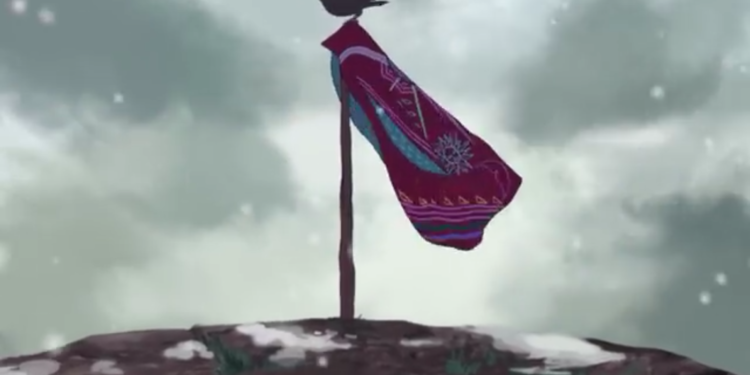 Last week a friend of mine said over Twitter that she didn’t know how to feel after having a character death occur in her game. This was her first time having a character die in one of her game and it left a terrible sensation. Btw, if you are looking for Spanish content and D&D Actual Play be sure to check her and the “Morras” out  (@morrasydragones in Twitter). After reading it, I thought back at how I handled death in my games. It hasn’t occurred much, but I always tried to make sure the player didn’t end up uncomfortable or terribly sad by it. That probably means I know a thing or two about how to properly handle death in RPGs, so let’s share my experiences and tips just in case someone out there finds it useful as well!

When your player character dies in an RPG, that can be an extremely harsh feeling, both for the player and the GM. Even we GMs have a bad time seeing the heroes our players roleplay kick the bucket. For that very reason, I’ve started to handle this subject in particular as something I always talk about in my Sessions 0. I personally like for it to be a feeling of danger in the games I GM, having player actions consist of a risk-reward series of events. However, one of your players may not come to your game to stress out every time their character is close to dying. Some players – for whatever reason it may be – have a hard time accepting that the character they played for 2+ years died. Kids often fit this category as well, as they don’t see the world from the same perspective as we adults.

Firstly, make sure that all players (including the GM) want to play the same style of game. A grimdark fantasy may treat death in a weird way, or have it frequently occur, while a Pokemon RPG may not involve death at all. Be sure to play the right game for everyone, and once all agree on the style of game you want, proceed with it. Some players may want to play a fantasy game but have the risk be low. That’s something totally possible to accomplish! You as a GM can tweak the game difficulty as you want and have the goblins not finish off a player character and go attack the tanky barbarian instead. 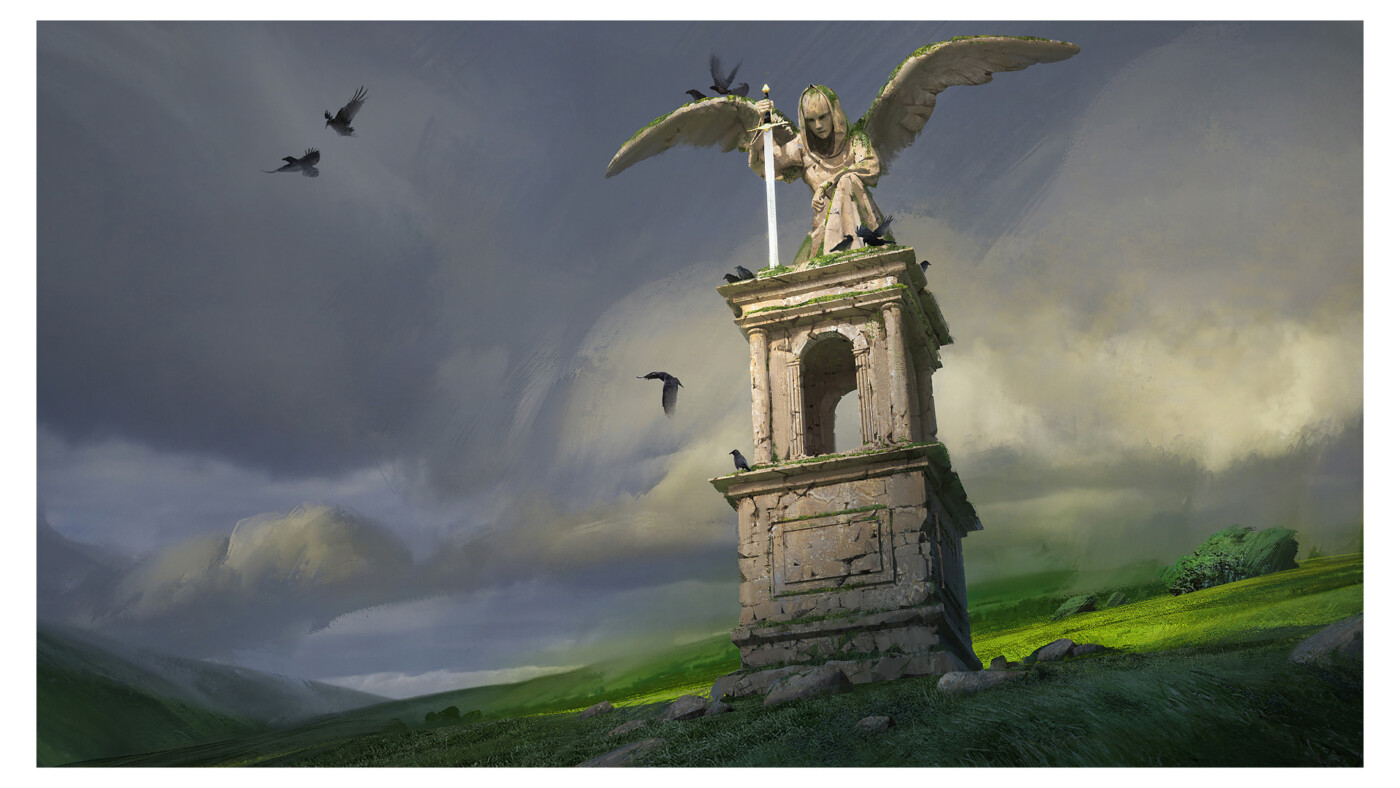 How often do you intend for it to have a player character die in your game? Will your campaign feature frequent deadly encounters, or is it more light-hearted? Something that is pretty usual in tons of games is a character dying for a dumb reason. Maybe a random encounter occurred and the player character you played for months and had an entire character arc for it planned dies by falling off a damaged bridge. Losing all that progress for dying in a pathetic way can be something that occurs in your game, but some players may abhor that idea. I had a friend of mine lose his character against the very first combat encounter in the Waterdeep: Dragon Heist campaign. His dwarf rolled very poorly, I rolled very well, and he did an extremely risky thing at lvl1. That’s what his character would have done, and he had already built a whole backstory for it. I gave him the chance to keep playing his character by having an NPC revive him. I like my games to have a constant feeling of danger, but don’t want character death to happen regularly. You may have decided not to do what I did, and that would have been totally fine as well as long as you talked with your player about it first.

When I ran Out of the Abyss, I had a character death occur around the second or third session. I killed the character of a player who didn’t have much experience with RPGs. I had said at the very beginning of the campaign that I was planning on it to feel harsh to set the tone for it, but I felt terrible killing her character. Her character did a very poor decision and I used her to have one of the main villains make an example out of her. I wanted the players to hate that enemy, and I accomplished that. I noticed the player was a bit devastated about her character, and I learned a very valuable lesson: I wanted players to feel satisfied with their character deaths when they occurred. I later proceeded to talk with her to make sure she was feeling ok, made sure she was ok with it, and pumped her to create a new exciting character.

Note: This is just one of many ways to handle character death, which doesn’t mean it is the only positive way to handle it. It is just how I want to see PCs go if they ever kick the bucket, but it is far from being “the correct way”.

It doesn’t take much, but can be a little tricky to find a good way to leave the player satisfied with how their character died. Always have the characters’ backstories in mind if possible and pay attention to the way they might be dying. A player may feel proud having their character sacrifice themself to have the party get some time to escape from an evil lich. If you can, try to have the character death feel like an homage to the player roleplaying it, a way to show you do care about the character and the player. I will proceed to tell 2 character deaths handled in very different ways that had the player with a smile in their face after it, just in case it inspires you in some way. I made sure to detail my thought process on how I decided to handle each of their deaths, so you can take something out of them.

That dwarf I talked about before that died in the first combat encounter? His personality led him to want to go face to face against Manshoon while being lvl 3, with no allies accompanying him (the rest of the party were dealing with the result of a fireball they cast that destroyed a tavern). Manshoon, being the extremely powerful wizard he is, didn’t even want to deal with the dwarf and threw him in a cell where an owlbear was residing. Note that I avoided killing the dwarf giving him an extra chance to survive by having Manshoon feel the dwarf wasn’t a menace. I put the dwarf in a cell where he alone had to confront a powerful beast but left thieves’ tools hidden in the cell as well in case he managed to kill the creature. I did all of this because I didn’t want to kill off a character because the player roleplayed him excellently. The dwarf died fighting hand in hand against the owlbear, allowing him to deal a last hit against the owlbear when he dropped to 0hp to kill the creature as the owlbear stuck its beak in the dwarf’s throat. It was a sad death, but that dwarf died victorious in combat. After that, I described in some sort of cinematic how Moradin, the dwarven God came walking to his spirit’s hand to take his arm and walk him limping to a mountain in the horizon. A truly beautiful scene that left my friend with a smile on his face instead of being left sad.

This is possibly one of the scenes I’m the proudest of as a GM. A friend of mine created a gith as a character, a creature that was tortured and toyed with by a mind flayer, but managed to escape. The moment I read the backstory, I had the idea of having the character suffer little by little the act of ceremorphosis, a weird process in which a creature transforms into a mind-flayer after having a tadpole implanted in them (if you want more details and aren’t easily grossed out, you can check out the Baldur’s Gate 3 trailer that shows it in an excellent way). Halfway through the campaign I realized that doing what I planned would kill off the player’s character, so I talked to him one day telling him my idea for his character (and obviously showing the trailer that happened to be released the week before the chat). His eyes flared and he was all for it! He loved the idea of having his character go through this, even if that meant his character’s death at the end. Nevertheless, I offered him a way in which his character could survive the ceremorphosis and he really thanked me for doing that for him, as he really liked his character, and liked there was a chance of survival. The moment his character’s hp went to 0 in the mindflayer’s base he sent me a message saying he would hand me his character sheet for me to destroy in front of all players. I described the ceremorphosis transformation by describing and mimicking the trailer as I tore the character sheet apart. All players were terrified and surprised from what went on, but the player absolutely loved the way his character left the scene. A truly unforgettable moment!

Character death is another storytelling tool you should implement, and you can make great use of it if you are willing to do so! While not for every game or player, PCs’ deaths can change the path the characters are taking or serve as another memorable moment in a campaign. If a character is to perish at some moment in the campaign go a step further and make their death a memorable one that leaves your player with a smile on their face.

Death is the only thing that is certain in life, and it comes with the pass of the time. How can we handle time in a successful manner in our games though? Is there a right way to manage pacing? Check THIS article out for more details on that!

The Illrigger – An MCDM Class for ...