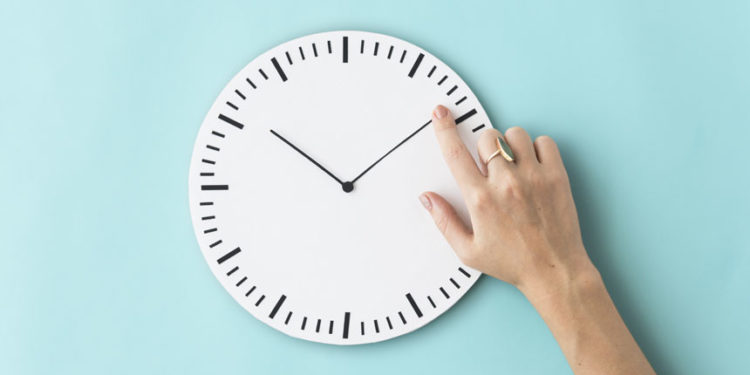 Fighter: This goes for killing our friend Boblin, the goblin!

The fighter slashes the front of the hooded’s person torso, leaving a great trace of blood and  fully removing the hood. This leaves the mysterious figure still ocult by the mask they had put on the whole time. Who might that person be?

Monk: I use Step of the Wind to get as close as I can and use my action to remove their mask. Let’s see who was behind all this!

Monk surprisingly manages to remove the mask from the figure after a Strength contest. That’s when they finally shows its face to you. It doesn’t make sense! How could it be? You see the mysterious figure’s true colors now… And he is, in fact, your lost brother, Fighter.

And so we conclude today’s session.

Timing and time management is something that isn’t essential in most D&D home games. There always is a span of time in which you can play, and it tends to get smaller as you and your friends keep growing in age. There always is some obligation, promised date with your SO or need to take care of your kids. However, in most occasions, we can stretch this time a bit more.

Where we end up seeing DMs managing the time spent at the table the most is in streams. They usually have a strict time limit for their shows they need to follow, and their DMs must prepare the session according to it.

Then, why should we, the people peacefully playing at home without a strict time constraint, need to limit our game time?

How do TV series (or TTRPG streams) hook viewers to keep watching the entire season of their show? They have time limits they need to follow for each of their episodes (won’t talk about the financial reasoning). Partly, this is so viewers do not have the need to stay watching them for that long. Another reason is so viewers get invested in the story and are left wanting more after reaching the episode’s cliffhanger. Lastly, time limits are also used when closing story arcs by the end of an episode. It’s about the last two reasonings that I am going to write about.

Cliffhangers create a feeling of wanting to know more, often making your players talk all week long about plans or what just happened before the following session comes. It’s this mystery and suspense that is going to hook your players, besides all the fun you had at the game. While not essential, this can be used to create positive effects in your players from time to time. As this was not enough, finishing a long hard battle or getting to know some greatly important detail just before the session’s end grants a rewarding feeling of completion that will stick for a while.

Last but not least, most groups take a mid-session pause to go to the bathroom or gather something to eat. If you can, try to take this into account while preparing the session. Those 15 minutes or so that you’ll be using to stop for a while can be used for them to plan some strategy to win a battle scenario or solve a puzzle. 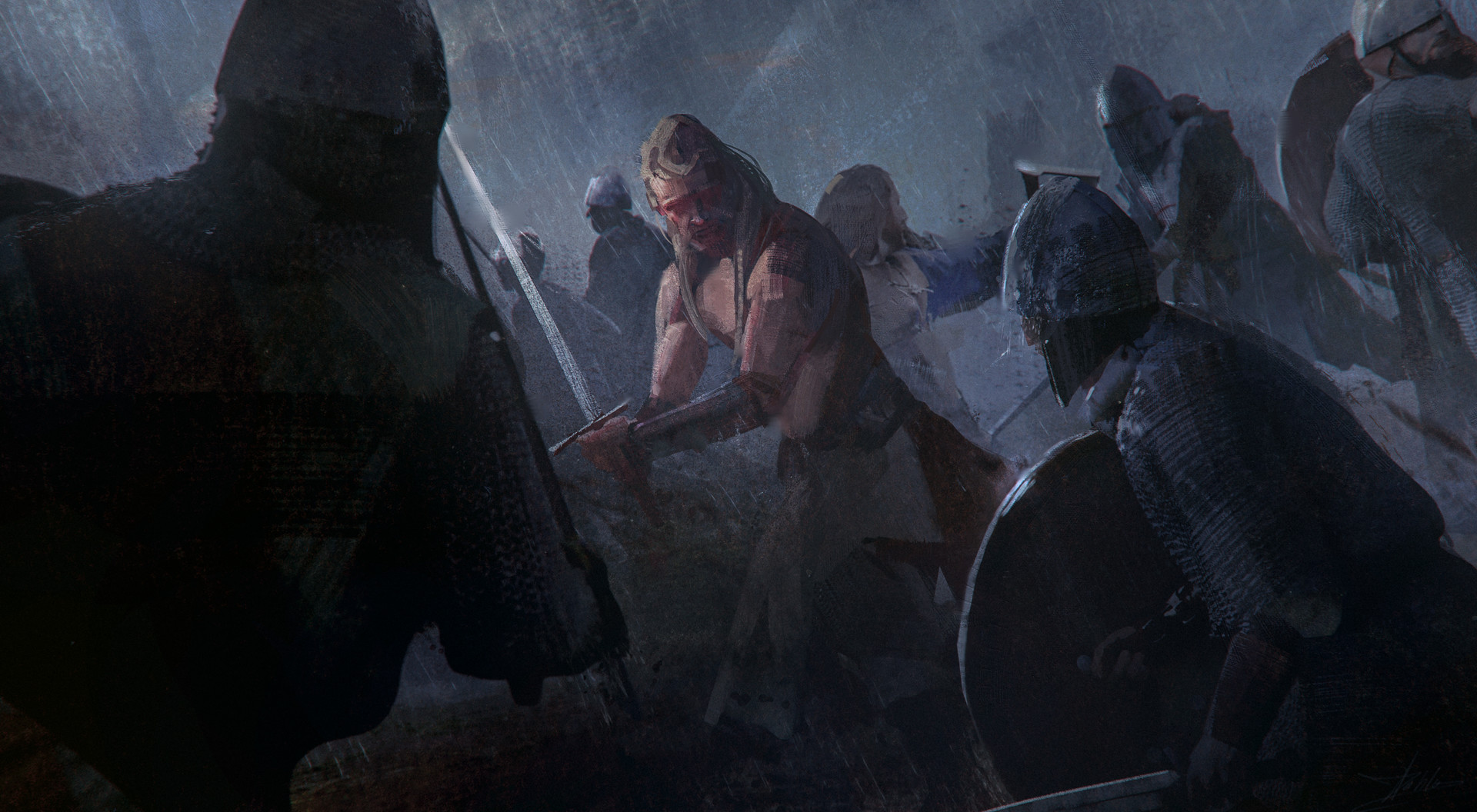 So… What can we do to manage time in a better way? Here I’ll provide you with some tips:

Knowing how much session time you’ve got beforehand

The first thing we need to make sure is to know how much time we’ve got in our hands. A 3 hours session is going to need radically different planning than a 10 hs one. If the players are going to be entering a dungeon, you won’t need to have it all prepared beforehand if several encounters will take place in it. However, if you’ll be playing for several hours, you better be safe than sorry, and at least skim the whole dungeon in advance, concentrating in the first rooms. You might have time during the pause to focus on the ones left to uncover.

If possible, try to state a time frame you and your friends will be playing in. If you always play on Saturdays from 16hs to 21hs you will start to more or less know how many things this player group can do in that time span. In no time you’ll be able to use this knowledge so as not to overprepare or create great drama or suspense just before the end of the session, leaving the players craving for more.

After some time, I understood how much better it is to handle enemies in waves during combat. This way, it is extremely easy to manage the pacing. Is the combat taking way less, or being much easier than expected? Throw some higher CR enemies! Is it becoming too boring or reaching the session’s time to stop? Make those bandits that were going to appear as if they never existed, and have the ones fighting run for their lives.

Having a big bad appear after some waves, or escape with a Word of Recall spell can also work great as a session’s ending. Make sure no other enemy is left after the BBEG leaves, as it partly destroys the drama by continuing a fight against random minions.

Changing enemy’s hp on the fly

All monsters have a hp range in which they can start the combat. Publishers add the average number from that range next to it, but you as a DM are completely free to alter it within those numbers without having the monster become something designers didn’t intend it to be.

If you start combat about half an hour before some player needs to leave, and being that encounter not very important plot-wise, you can reduce some enemy’s hp. This not only accelerates the encounter but may make your players feel cooler by demolishing the enemies. This can also be done the other way around. If you are running out of content for the session, or consider a boss battle should last longer, increase the hp up to its maximum to toughen, or at least make the encounter last longer. If combat starts feeling like a slog, cut it out and let players deal the finishing blow earlier than planned. The best part about this is that you can decide to do this mid-combat and no one is going to notice! You can even mix it up with my Champion mechanic to make it look way cooler.

For those who don’t know, modularizing means to create something that can perfectly work on its own, making it completely easy to attach to other things. In this case, what I am telling you to do is to have some pre-planned modular encounters that you can add at some specific moment in the session. Depending on how good you are doing with the time, you can decide to add it, remove it, and/or leave it for a later occasion/session. This is an excellent technique to implement if you want to manage in a better way your time. Thus, it’s practically impossible for you not to be able to set an excellent scene mid-session or at the end of it, be it a cliffhanger, or some other interesting event. The most widely known modular encounters are the ‘Random encounters‘, used in many different modules.

We are often found with sessions that only consist of random encounters just because the adventure you are DMing was written that way. Screw that! These encounters are made to set a tone of exploration, make a road seem dangerous or make a dungeon feel like a living place. If the campaign doesn’t revolve around these aspects, then I would suggest you play a bit with them to add or remove as many as you need. Let the players arrive about an hour before the session’s end to the last room to confront the evil lich. That way, combat will last (hopefully) long enough to end just around 21:00, making you able to end the session at the perfect moment, and thus leaving the players with a great smile for their way home. 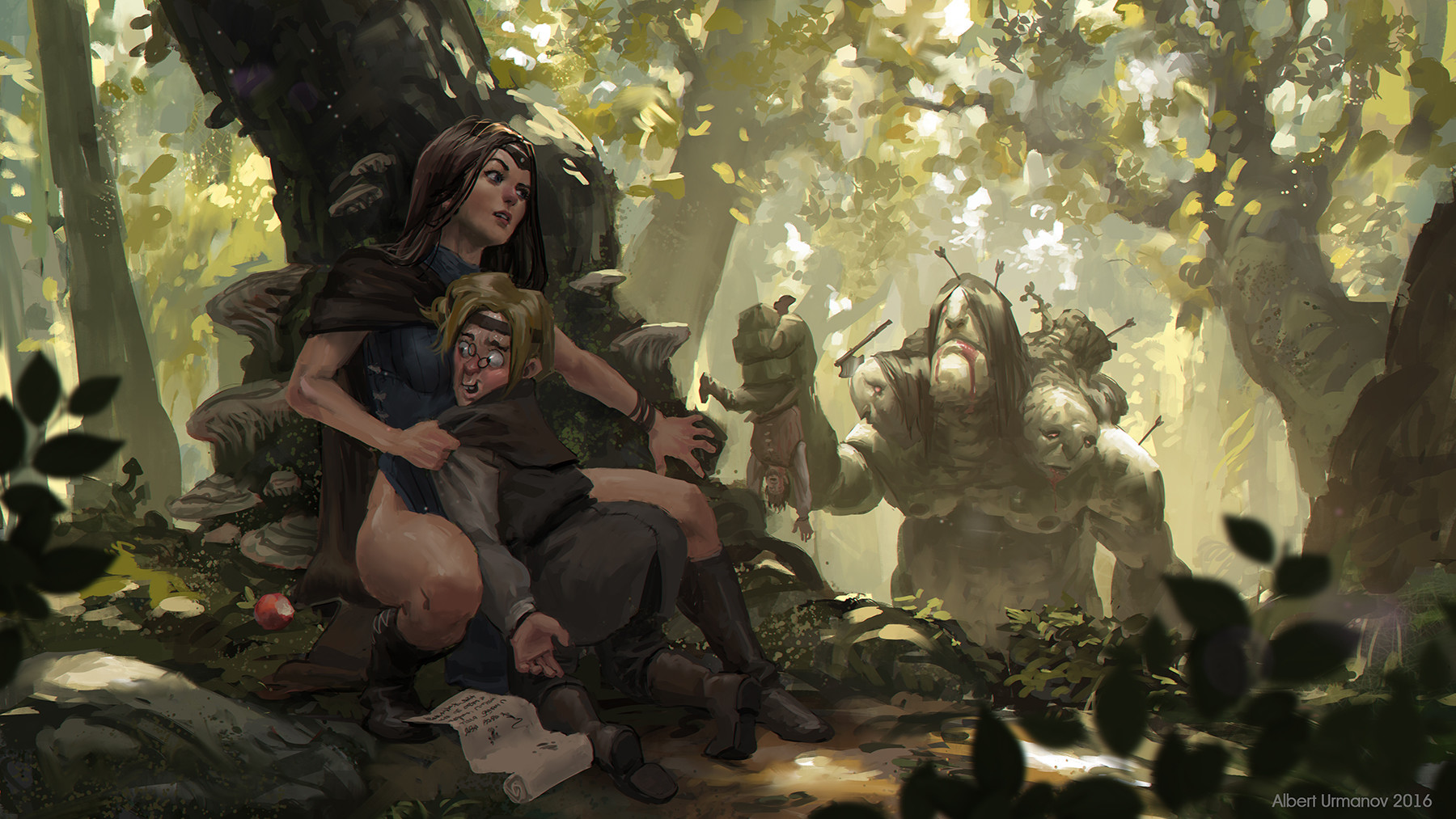 If left with no content, be upfront about it

There’s always the chance, especially in your beginning days as a DM, that you were not able to prepare enough, and don’t know how to improvise your way through the path the player group wants to take mid-session. At these moments it’s better not to stress over it. After all, you are playing with your friends, and they will be understanding. Tell them you didn’t have time or thought they weren’t going to go that way and could not prepare for that to happen. If this happens at the beginning of the session, you may ask them to do a pause so you can check your notes and invent something, or kindly ask them if they could go another way. If you decide to do the latter, try to have that thing prepared for the next session, as a thank for their understanding.

You always have the possibility of pulling some random encounters out of the hat but making the players feel that they advanced in no way the story isn’t a nice feeling. Do this if you want to fill in the session with stuff while you already have other things planned for it. If you run out of interesting things and there’s still a long time until the supposed end of the session, consider informing your players, pulling out some board game and continue the following week.

Time management during sessions is a very useful technique to master as a DM, which can save you from tons of situations. Additionally, it may accidentally spring new plot threads into the mix, which at most times it’s a fun thing to have in your campaign.

Do you plan ahead how you are going to be ending the session for your games? Do you always have some encounters up your sleeve just in case you need to pull a random one? Tell me all about your weird machinations to handle time in the table perfectly in the comments below!

Are you looking for some random minigames for some tavern to work as encounters? Why not give a read to the article I specifically wrote about that?