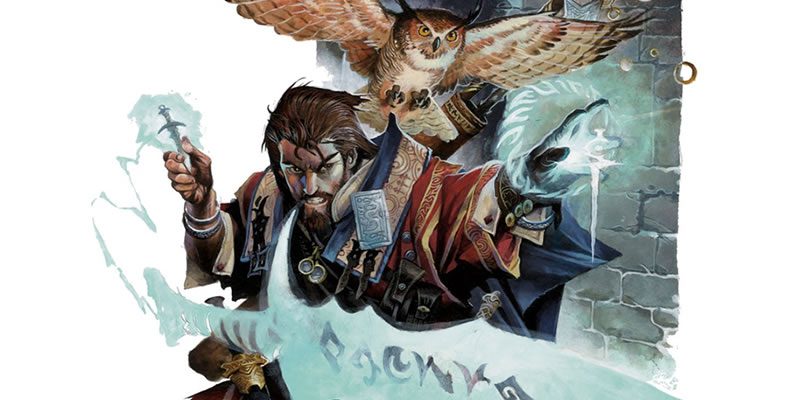 My character is a first level wizard. I met my fellow adventurers a bar.

Sometimes, as a DM, you will encounter characters who have written the previous line as a background story. They may come to the table with a character sheet or stat table, but lack any depth to their character. And so it falls to you, as a DM to help players create stories that will put them in the setting. You may need to prod players to create for a story that explains why they are a first level wizard who is going to be an adventurer. And often, I find that many of the players I have interacted with have little idea on where to begin. So I thought I might share some advice with my fellow dungeon masters and players on how to make a character background story, or (for the dungeon master) on how to help your players construct interesting stories. Most of this advice also applies to the creation of NPCs, so this advice can apply to campaigns which have already been started.

The first and most important step is to make sure your players know what they want their character to be. When building a background story, you have to keep in mind the end result. Is the character a burly orc fighter? How about a frazzled elvish wizard with too much intelligence and too little wisdom for his own good? That basically means you need to have a character sheet or stat table available before you can begin the story, or at least know the race and class the character is going to be.
For advanced players and dungeon masters who have gotten inspiration from something and have a story they want to use as a background for a character, then you can try beginning from the shell of a story and deciding a race and class that would best suit a person growing up in that situation. A warning, however. As a Dungeon Master, if your players approach you and say, ìI want to be this character from this video game or book!î, your problem becomes explaining to them the line between inspiration and creativity, and not making a D&D character that carbon copies whatever concept they found.

As an example, say one of your players (call him Trevor) really wants to play an elvish wizard. You say okay, because you know that elves and wizards are something you are going to include with your campaign setting. Trevor is a moderately experienced player, and he has already rolled his stats and written up his character sheet.

Once you have an idea of where the story is going to end (i.e the level one character sheet or stat table), you should make sure that the player has a fairly broad understanding of the campaign setting. You should then help guide them to choose a region to be from and a god or pantheon of gods to worship. If you are using a huge world, like the Forgotten Realms or Ebberon, I would recommend that you choose a region from which newer players can draw characters, so that they aren’t overwhelmed by choice. Give them a variety of options for race, religion, culture and profession. This alone might be sufficient inspiration for a character. A player might hear your description of a place or people and say, ìWow, Gladiator Pits? That sounds cool. I want to be from there!î  If a player decides on a home, religion, race and class, that may present tropes that the player can apply to his or her character.

To continue our previous example, Trevor is playing and Elvish wizard named Nuss in your campaign, which you have decided to set in the northern sword coast in the Forgotten Realms. After giving his an explanation of the nearby regions, he decides he is from the city of Silverymoon, and he worships the goddess Selune.

This leads us to our next step. We know where our character came from, we need to figure out why he or she is going. Now, when I am Dungeon Mastering, I often inform my players where we are starting, so they can choose a home logically near there. But it is important that if the starting location is the home of a player or players, then something happens to force them out of it. Even if their home is elsewhere, you need some sort of impetus to start an adventuring career, usually something more than simple material desire. Characters motivated by simple greed often clash heavily with other party members with more complex motivations, so keep that in mind when allowing evil or selfish characters into your party. Perhaps a neutral character is seeking to keep the balance of nature. If you are allowing evil characters in your campaign, they need motivations too. Every character needs a call to adventure, something to draw the character forth. A wise DM will see a way to tie the call of adventure with the end goal and villain of the campaign, but sometimes this tactic is not appropriate. Still, nothing determines how a character will act better than their motivation, so it is important that you make a clear decision on this with each of your players.

Back to our example with Trevor, he must now decide what caused his Elvish Wizard Nuss, studying magic in Silverymoon, to leave town and begin adventuring. Because Silverymoon is a well established and protected city, you and Trevor decide that he has taken a caravan to the north after receiving a letter asking from help from his uncle in Icewind Dale.

After you have a general idea of where your character came from and why he or she is leaving their home, I would highly recommend setting hooks in the background story. For example, did they have a villain responsible for their current adventuring? A helpful mentor who taught they magic? Once you have established characters, places or objects that have a bearing on your character’s motives, you can use them to start adventures, to inflict their villainy on players and to generally increase the quality of the game. Every player wants to feel like they are an important character in the session, so use their background story! I would recommend making a connection between the player and their character’s background story at least once every other session, even if it is very minor. Little touches like this can serve to remind players of other motivations you have established. Once that is done, now is the time to finalize any oddities in a character’s personality. Fears, hopes and strange quirks that a character might have can really help someone flesh out a background story. If you roll stats, and your character has an odd outlier, you might choose to discuss how that impacts roll-playing the character, or if it impacted the character’s background story.

You discuss Nuss’ low constitution with Trevor, and Trevor decides that it is the work of a childhood illness, leaving his character weak and fragile. Trevor thinks his work with Nuss is done, having fleshed out his character, but you still have work to do. You look at your campaign notes and decide that Nuss’ uncle is being extorted by one of the minions of the villain of your campaign. This should lead Nuss to begin to conflict with the villain from afar, thereby moving your story along.

The last and final step is to talk about any possible future developments the character might have. If they are a character who is going to want to dual class for a build, make sure they have received special training in their background story, or explain to them that they will need to seek it. (This is an excellent hook, if a player has received training at a wizard’s guild for a dual class option later and the guild suddenly starts demanding fees for example.)

For a final example, if Trevor wanted Nuss to become an arcane archer later after taking levels in ranger, you would need to pad his journey on the caravan with a sudden connection with nature, playing up his elvish heritage and his appreciation of the harsh natural environment of the north of the world.

I know this guide is a simple one. That being said, there are plenty of campaigns where even experienced Dungeon Masters and their players just leave player characters as a generic blob. And if you do that, you are wasting an incredibly valuable storytelling option, and possibly excluding a player from the game. If people don’t come prepared with a background story, it might make the game feel lopsided towards them, because it can be harder to include generic characters in stories. Don’t let that happen to your table, make clear background stories!

Bio: Ben J. Latham has been playing D&D since he has only one digit in his age, and has been dungeon mastering for the better part of a decade. He hosts a weekly D&D stream at twitch.tv/schedge.

6 Kinds of Waterborne Cutthroats from History