A Dozen Communication Methods to Add in Your Games 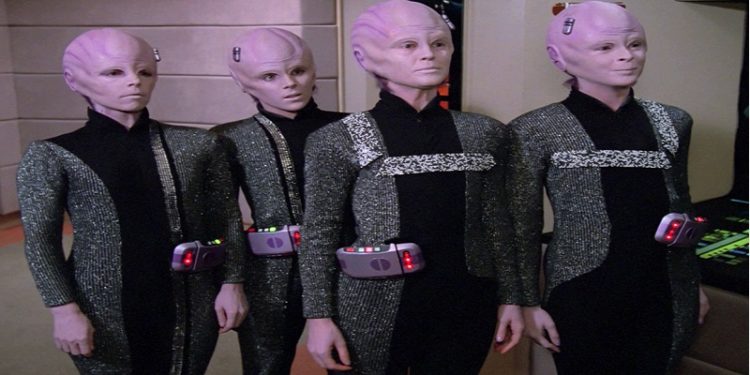 There are a variety of ways of communicating. All of them boil down to one word: Language. Of course, we all know about talking and writing. But this is the tip of the iceberg. In a fantasy setting, you also have the secret language of druids, thieves’ cant, and drow sign language. But what are some other ways of communication that might be interesting to add to your games?

A pared-down Wikipedia definition of language would be:

Language is a system that consists of the development, acquisition, maintenance, and use of complex systems of communication. Natural languages are spoken or signed, but any language can be encoded into secondary media using auditory, visual, or tactile stimuli – for example, in writing, whistling, signing, or braille. Philosophically, “language” refers to the cognitive ability to learn and use systems of complex communication. It also can be used to describe the set of rules that makes up these systems. Finally, utterances produced from those rules are language. All languages rely on the relationship of signs to meanings. Oral, manual, visual, and tactile languages contain systems that govern how symbols form sequences known as words or morphemes and a syntactic system that governs how words and morphemes are combined to form phrases and utterances.

Hoboes were often impoverished migrant workers who often used freight trains to get around. With no work and no prospects at home, many decided to travel for free by freight train and try their luck elsewhere. Hobo Life was dangerous. In addition to the problems of being itinerant, destitute, and far from home and support, plus the hostility of many train crews, they faced the railroads’ security staff who had a reputation of violence against trespassers. Moreover, riding on a freight train is dangerous in itself; it was easy to lose limbs or one’s life if they were not careful. Their pictograms meant everything from a “kind old lady lives here” to “beware of dog.” If you run an Eberron game, you might want to consider adding this detail to the trains there. If you want inspiration on these symbols, check out this link. They even have a dictionary of terms here.

In Robert Jordan’s “Wheel of Time” series, Treesinging is a Talent unique to Ogiers. With “Songs of Growing,” they stimulate the growth of plants and trees. It also allows them to use different songs to grow and to communicate with the plant. Treesingers produce extremely distinctive, valuable wooden crafts without harming the tree. “The earth itself sang” and “The land echoed it as a whisper” are how those who heard it described the sensation. Treesong is pure song, music without words. It seems intimately familiar to those who hear it. In your fantasy world, maybe a family of elves has discovered this talent. They could use it to produce high-quality armor, weapons, and tools. Perhaps the craftmanship of the items is so excellent, those who see them will do anything to possess the objects, even going into debt to obtain them.

“Trail blazing” or way marking is the practice of marking paths in outdoor recreational areas with signs or markings. Such markings might be painting or carving trees, or building cairns (stone piles) and mark the direction of the trail.

Their ultimate goal is to communicate two essential pieces of information:

On most trails, markings appear on both sides of the path, indicating that it is usable in both directions. Marking the trails on both sides may seem intuitive, but some trails aren’t a “two-way street.” Hunters often use blind or one-way trails that can be dangerous for the casual hiker.  Although not used as commonly today, some Native American tribes also used twigs and grass as trail markings.

Some trails also use reassurance blazes, which let hikers know that they haven’t ventured off their path 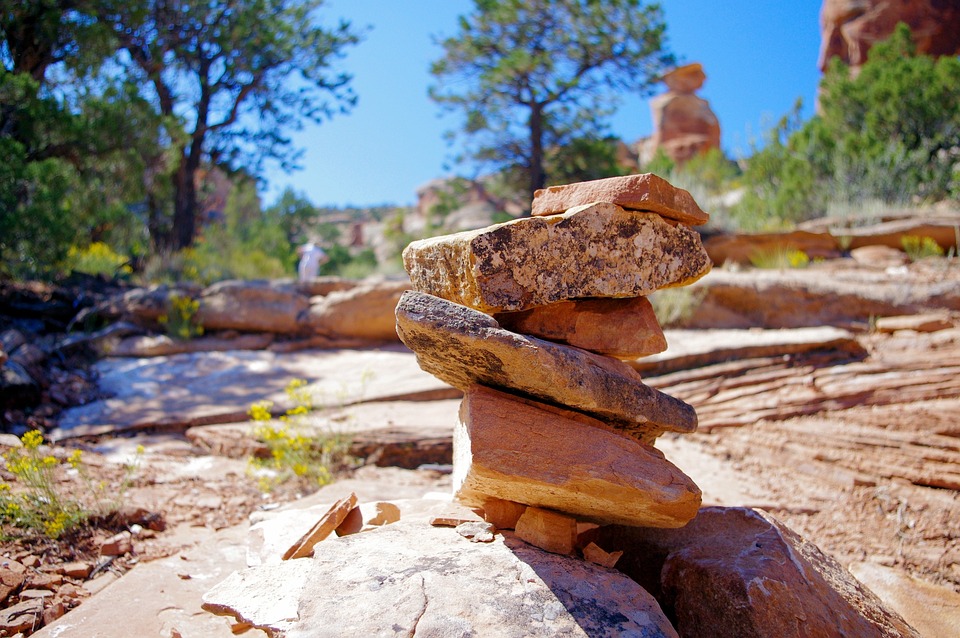 How would you use this in your game? There are a few ways. The first is a ranger or druid following a series of trail markings could be led into a trap. Another way is that two different cultures could live in the same area. They could have developed the trail markings that mean different things. Because of the confusion, people could repeatedly get lost or injured. It’s up to the PCs to intervene and get the head trailblazers of the different communities to come together and come up with universal symbols.

Binary or Droidspeak is the language commonly spoken by droids in Star Wars. It consisted of a set of beeps and whistles strung together into what resembled sentences. The most common way for binary droids to communicate with organics was by writing, transmitted via another computer system. Astromech droid copilots would speak with conveyed as text to the starfighter pilot.

A similar language appears in Star Trek: The Next Generation, spoken by the Bynars in the Episode entitled 11001001. The Bynars’ primary language is a high-frequency sound, incomprehensible to Humans, using it when talking to each other.

How would you use machine speech like these two examples in your games? Maybe all the quasi-sentient machines in your game have the same language. If the PCs can talk to them in their own language, they can learn something they otherwise would not.

Light language is never consistent in its expression, yet those who use this method of communication to get their point across can identify others who do so. Some people speak it, some sing it, some sign. Others draw or write it, as expressed through maps, codes, or inscriptions. Some users channel beings from other realms – the elves or fae, or star systems. Others say that the language comes from their higher self. Some believe that it is both: Those “alien” beings are higher dimensional versions of themselves. Anyone using light language has their own style of expression as distinct as their voice, as well as distinct as the beings or aspects they are bringing through them.

How to use light language in your game? Because this language is so varied, two practitioners could meet and discuss which of their philosophies and usages of the language are. Conversely, said language could provide them power or abilities, and they could have a contest to see who’s more powerful.

While at first, you might not think of whistling to be able to convey complex messages, but you would be wrong. According to this YouTube video, a community off the coast of Africa that teaches their children this language. This language’s name is Sylbo. It’s a language taught from birth, with the formal teaching of it continuing in schools. Maybe a character from a lost civilization instructs the PCs this new method of communication. Or perhaps the character came up with the language on his own by listening to the whistling of birds.

Psionic Languages are languages of the mind. Typically they don’t require those experiencing it or hearing it to have a common frame of reference. Instead of words, the language might consist of ideas, sensations, images, or compulsions that the “speaker” of said language wishes to convey. Usually, the only way that the PCs would come across a psionic language is if they cross paths with Mindflayers.

Pheromones are chemicals capable of acting like hormones outside the body of the secreting individual, of impacting the behavior of the receiving individuals. There are alarm pheromones, food trail pheromones, sex pheromones, and many others that affect behavior or physiology. If a species could make their scents to hold information outside their expected use, it would be an intriguing way of communicating. Using communication is a double-edged sword. Pheromones tend to stay in the air, so awhile after something is “said,” it would still be detected.

While many people think yodeling is something that one does in the mountains, this isn’t necessarily so. Yodeling is a form of singing which involves repeated and rapid changes of pitch between the low-pitch chest register (or “chest voice”) and the high-pitch head register or falsetto. The way that it could a coded method of communication is if the yodels were changed slightly. The slight changes would signify important information. And what’s more, to the casual listener, they probably wouldn’t realize the relevance of the change(s).

There are a variety of ways to make color, clothing, and shoes meaningful in-game. Colors can signify for which political party a candidate is running. Democrats are represented by blue, whereas the Republicans’ representative color is red. Gang affiliations have colors and clothing unique to them. Unfortunately, those wearing the wrong color and clothing combinations get targeted for violence.

In WWII, spies laced their shoes in different ways to convey secret messages. In your games, a particular broach position, tie of a colored scarf, or direction of the bandolier can have a completely different meaning. What that meaning is will determine if a shopkeeper is a friend or foe. To give an added level of complexity, maybe what’s true in one town might not be accurate in another.

Some monsters might be able to control the fur on their bodies, changing the texture, pattern, and “fluff” of it to use as communication. Maybe the monster could also have the ability to change the color of its fur to match its mood. Miscommunication can occur if one of the players is wearing a fur-lined jacket smeared with the blood of countless battles with a monster that uses this type of language. The fur could be sticking up in such a way that indicates insult or angers the viewer.

Semaphore is the method that flag users communicate over distances. Unfortunately, it’s unwieldy because it takes a while to convey even simple messages, sending one letter at a time. This may be mitigated by using different colors or perhaps different patterns of waving to signify whole words.

Every animal has a language. Many of the “classic” monsters use animals to their advantage. In “The Wheel of Time” series, crows are the Dark One’s spies. Classic depictions of Dracula have him controlling bats and summoning wolves. In Naruto, there is an entire clan of ninja who use insects to distract, disable, or damage their enemy.

In a world of magic and mind powers, it’s strange that not more players attempt to use this fact. Not every animal will have something exciting or useful to say. What they might say may be unintelligible because they have a different “accent” because they’re from another part of the world. The animal in question might not care to say anything or choose to insult the person asking. They may not be observant of human behavior unless it directly affects them. For instance, a monkey might not care an army marched through their jungle. But it would care a lot more if the army stripped local fruit trees bare. If the players get the ability to talk with the animals, come up with some interesting dialogue to share with them.

As you can see, there are lots of unusual ways of communicating. Each of these languages brings something different and unique to the table. Before deciding to include them in your game, ask yourself the following questions:

With each of these languages, the answers to the above questions will be different. Next time you run a game, consider adding one of these. If you do, let me know how it turned out in the comments below!

Five D&D Creatures That Punch Above Their ...

How to Incorporate Conlangs into your Campaign