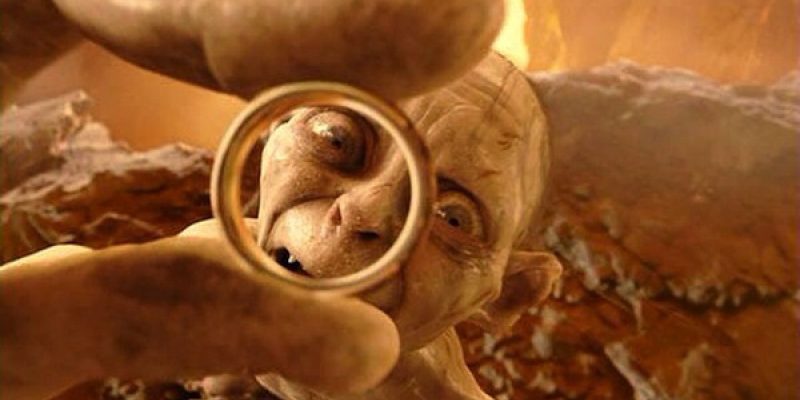 There are few things a DM can do that will give more satisfaction than surprising the hell out of his or her players. It is a unique natural high that only a face-to-face roleplaying game can provide. That bulging eyes, open mouthed look you get when you describe something particularly nasty or overwhelmingly fantastic. When played right, it can be a genuine moment of pure roleplaying excitement and it is one of the big reasons why so many DMs stay with their games for so many years.

As mentioned, these surprises or twists can fall both on the positive and negative sides of the spectrum. Sometimes the player’s actions or place in the story call for them to experience a large windfall and this leads to a very unexpected but welcome boon. Other times the surprise can be equally terrible such as an encounter with a very over-powered foe or an unexpected character death. These surprises can also fall anywhere in-between for almost countless reasons.

To better illustrate what I mean, what follows are four examples of how I have previously twisted the storyline of my campaigns as well as specific examples. Most of these took a great deal of planning and none of them took place during the first few sessions of a campaign. I mention this because I want to convey that big twists hardly ever just happen. They often take patience, effort, and foresight to get them right. As a DM, you should rarely try to make a twist happen ‘improve style’ or ‘just for the fun of it’. This often leads to too many random activities and storyline tangents. Instead, be content to set up the twist over the long haul; quality over quantity in this instance.

I have experienced this twist a couple of times now and while some players might see it coming, just due to their paranoid nature I suppose, most don’t and it can be a huge shock. This event often happens when a player comes up to you alone and asks if they can play a darker character or one with a more evil alignment. Most of the time, a DM might say yes or no depending on the kind of story they wish to tell; however, twice in my DM career I have responded to that player’s request by asking them if they would like to spend the campaign as the mole or the traitor in the party, secretly working for the other side. Both times the player has said yes and both times the reveal of their true nature, usually after months of playing, has been electric. If you’ve never tried this one out, I highly recommend it. Just don’t make it a staple of every campaign that you run, otherwise the paranoia sets in very quickly and the players lose most of their trust with each other.

PCs Working for the Enemy

It happens a lot in movies and television. The protagonist goes through several tough and dangerous missions risking life and limb only to discover that he or she has been helping the enemy the whole time. That’s usually the point in the show when they decide to “get serious” and exact some revenge. Using this plot device in roleplaying can be extremely effective and a huge surprise when the PCs don’t see it coming. It is also useful in setting up a campaign foe that the PCs will understand and respect. Additionally, when the PCs realize that the baddie has spent almost the whole campaign learning their strengths and weaknesses, they won’t be able to complain so much when they get exploited. It also helps if the NPC is not purely evil, just a character that sees the solution to the world’s problems a little differently than the party. In the past, I have used a mentor to train the PCs only as a means to get something that he or she needed. After the PCs delivered, he or she abandoned them and began a true quest for power. The PCs, hurt by the betrayal, vowed to track them down and stop their plans.

I also like to call this the “Hobbit Twist” or the “Tolkien Surprise”. This is where the players happen upon a small item, perhaps not even magical, that will eventually become the one thing the players need to complete the campaign or defeat the baddie. Smart DMs will do exactly as Tolkien did and not even draw major attention to the item until the opportune moment. It can also be particularly fun when the PCs sell or trade off the item, not realizing its full value, and then must desperately scramble to track it down and recover it at a later time. For example, I have previously used an old silver urn for this purpose. It had no markings on it other than the deceased’s name etched into the lid and it gave off no magical powers. The PCs found it within a dungeon and I described it as being average quality worth a few gold pieces at best. Much to my secret delight, the PCs sold it at the very next town and didn’t give it another thought until two sessions later when the name of the deceased started popping up all over the place. It turns out that the urn not only contained the ashes of a former hero but also held his magical ring within it (a deliberate tip of the cap to Tolkien on my part). As the evil powers began to rise all around the players and the part of the world they were in, they quickly came to the realization that they would require the ring to defeat the evil, just as the former hero had many years ago. I must admit that, for me, dragging out the process of getting the urn back was deviously enjoyable.

I’ve saved my favorite for last. This twist is where the PCs spend a great deal of the campaign trying to track down or catch up to the villain that they think is the cause of all of their problems, only to discover that he or she is really just the secondary villain or the main henchperson. The real puppet master is in fact several times worse and more powerful than the original baddie. And, when revealed in the right fashion, this can literally make the PCs shudder. The key here is to really sell them on the idea that the secondary villain is the main baddie. That makes the reveal of the actual evil master all the sweeter. For my own purposes, I once had an enjoyable campaign where the PCs were convinced that a powerful group of Drow was their main baddies. The conflicts between the adventuring party and the Drow were numerous and took place both on the surface and in the Underdark. However, near the three-quarter point of the campaign the players discovered that the Drow were actually doing the bidding of a clan of Mind Flayers who had taken many Drow children hostage. In the end, the PCs and Drow actually teamed up to win the final conflict.

Have you ever worked in a major twist or surprise into one of your campaigns?