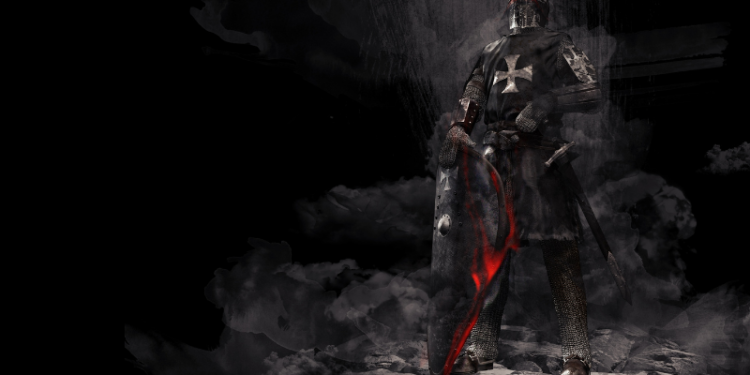 So far we have looked at how to create a compelling villain and how to create their organization of evil, so now let’s look at what makes villains sympathetic and compelling to fight against their fatal flaw.

A fatal flaw is defined as “a flaw which causes an otherwise noble or exceptional character to bring about their own downfall and, often, their eventual death.” Let’s take a look at how interesting villains can be made by emphasizing this flaw.

I think the most interesting villains in pop culture and literature are ones whose flaws define their motivations. Characters that are just pure evil are useful in some contexts but are ultimately much more boring than those that have a mix of redemptive and evil qualities.

Think about how Sauron is an impressive adversary, but apart from being *Evil* there’s not much depth to him. He’s more like a force of nature than a person. However, his henchmen Saruman is much more interesting precisely because he is full of flaws. His downfall in to evil comes from his craving of knowledge, which Sauron used to draw him into darkness. His motivations are fueled by jealousy, rage, and a sense of superiority that permeates his actions.

So when constructing your villain, think about what flaws they have. Pick one or two vices and exaggerate them. This can be the emotional core they operate from or be what keeps them from changing their ways. Their flaw blinds them to the reality of what is going on and their role in the story (much like Oedipus). Villains can be seen as tragic heroes who never are redeemed.

Let’s make an example villain. They are a half-elf sorcerer and their main attributes are curiosity, a sense of justice, and a belief that their magic bloodline makes them just a bit better than others.

On their own, this collection of traits could feel right at home with a player character. PCs should have flaws and not be perfect if realism is what you’re going for, but villains take their flaws a step further.

Now let’s pick one of those traits and magnify it. Let’s go with a sense of justice. Magnified, this can lead to zealotry and rigidity when enforcing laws and rules. This can make a perfect story of their downfall into villainy, perhaps moving from one of the most promising sorcerers in the kingdom to the despotic warlord at the head of an army demanding the purging of the unjust.

Their Flaw is Both a Strength and a Weakness

Whatever flaw you choose to magnify, it can form the basis of both their greatest strength and weakness. Commonly, inflexibility and an inability to accept worldviews other than their own can lead to the kind of fierce commitment to their ideals even in the face of defeat. Those that do question their path may become anti-heroes and develop into allies to the party. Those that do not, well… it probably won’t end pretty for them.

Using the example above, the half-elf’s commitment to a narrow definition of justice can blind them to the harm their army causes, or make them choose to ally with dark forces under the guise of righteousness. This is a strength as troops rally around them, inspired by their zealous belief, and as that belief fuels their efforts.

It is their weakness as their inflexible sense of justice can be challenged as being unjust by the players. It can blind them into following the players into what would be an obvious trap. It can cause them to abandon allies they see as corrupt. When shown for what it is, the villain either doubles down or admits defeat.

Redemption Lies in Remediating the Flaw

If you desire to have a redemption arch in your campaign, that arch must begin with the villain accepting and then remediating their flaw. That is their journey from there on, as their flaw will continue to be a powerful source of strength for them that they’ve grown to rely on.

Think about ways you can show that the villain has changed, or has room to grow if the players decide to redeem them. When placed in a situation that they would normally solve with brute strength, will they choose to instead respond with compassion?

These sorts of questions can provide a fun anti-hero journey to mirror a player’s journey or serve as a bit of background action that keeps the game world alive and changing. What if the villain of the first campaign arch comes back to be the ally of the second arch?

What interesting villains have you had in your campaigns? Tell me about them in the comments!